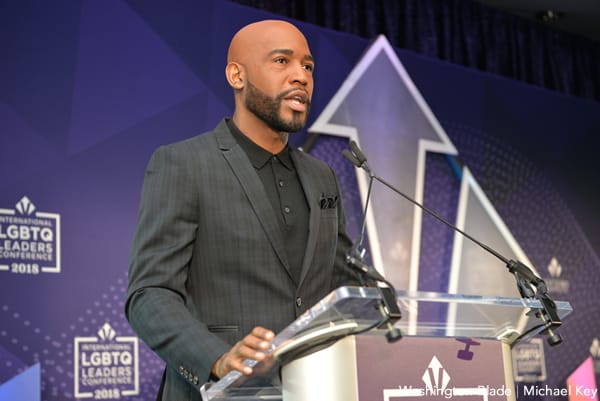 The “Queer Eye” cast have become a cultural phenomenon for transforming people’s lives but are also known for their close-knit friendship and chemistry as a group. However, Karamo Brown revealed that this wasn’t always the case for him and fellow “Queer Eye” castmate Antoni Porowski.

Brown, who serves as the culture expert on the show, dished to E! News about a time when he and Porowki, who advises in food and wine, had “extreme conflict” during season one of the show.

“My castmate from ‘Queer Eye,’ Antoni—people didn’t know that we had an extreme amount of conflict,” Brown says. “We did not talk to each other at all during season one, even though we were shooting together.”

Brown shared that the reason for the conflict was due to an unnamed “third party.”

However, Brown says he and Porowoski were able to keep it professional despite the tension.

“No matter what we were going through, our intention on-camera was always to help out heroes,” Brown says. “And I respected this so much about Antoni and I believe he respected this about me, because we would be going through something but once it was about this other person, we put out issues aside and said let’s help.”