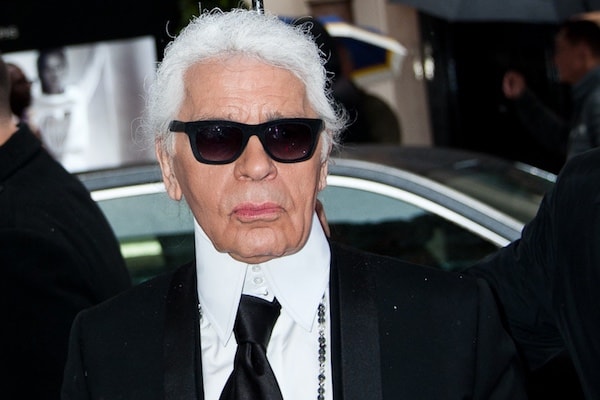 Legendary fashion designer Karl Lagerfeld died on Tuesday in Paris. He was 85.

Lagerfeld was born in Hamburg, Germany in 1933 to businessman Otto Lagerfeld and his wife Elizabeth Bahlmann, a lingerie saleswoman.

Lagerfeld was praised for modernizing Chanel with updated touches such as the “CC” monogram, which was incorporated into the House of Chanel in the 1980s.

In 2004, he became the first high-end designer to collaborate with H&M which paved the way for other H&M collaborations such as Stella McCartney and Versace. He launched his own collection, K Karl Lagerfeld, in 2006.

The designer formulated his own signature look of dark suits, a low ponytail, black sunglasses and fingerless gloves.

Lagerfeld was also known for his quick-witted statements on fashion and life. He famously once said: “Sweatpants are a sign of defeat. You lost control of your life so you bought some sweatpants.”

Lagerfeld was in a long-term relationship with socialite Jacques de Bascher from the early 1970s until Bascher’s death in 1989 due to AIDS-related complications.

Later in life he would make some controversial statements about gay marriage and gay parenting. In 2010 he said he was against gay marriage.

“I’m against it for a very simple reason: In the 60s they all said we had the right to the difference. And now, suddenly, they want a bourgeois life,” Lagerfield told filmmaker Bruce LaBruce.

On gay parenting, Lagerfeld said: “For me it’s difficult to imagine—one of the papas at work and the other at home with the baby. How would that be for the baby? I don’t know. I see more lesbians married with babies than I see boys married with babies. And I also believe more in the relationship between mother and child than in that between father and child… If I were interested in children, I would be a godfather—or a godmother. I don’t like the idea of taking people out of their lives and their contexts. If there were a child I wanted to adopt, I would try to find the family of the child and give them the money for an education in his life and his context.”

Lagerfeld is survived by his seven-year-old Birman cat, Choupette, who has more than 100,000 followers on Instagram.