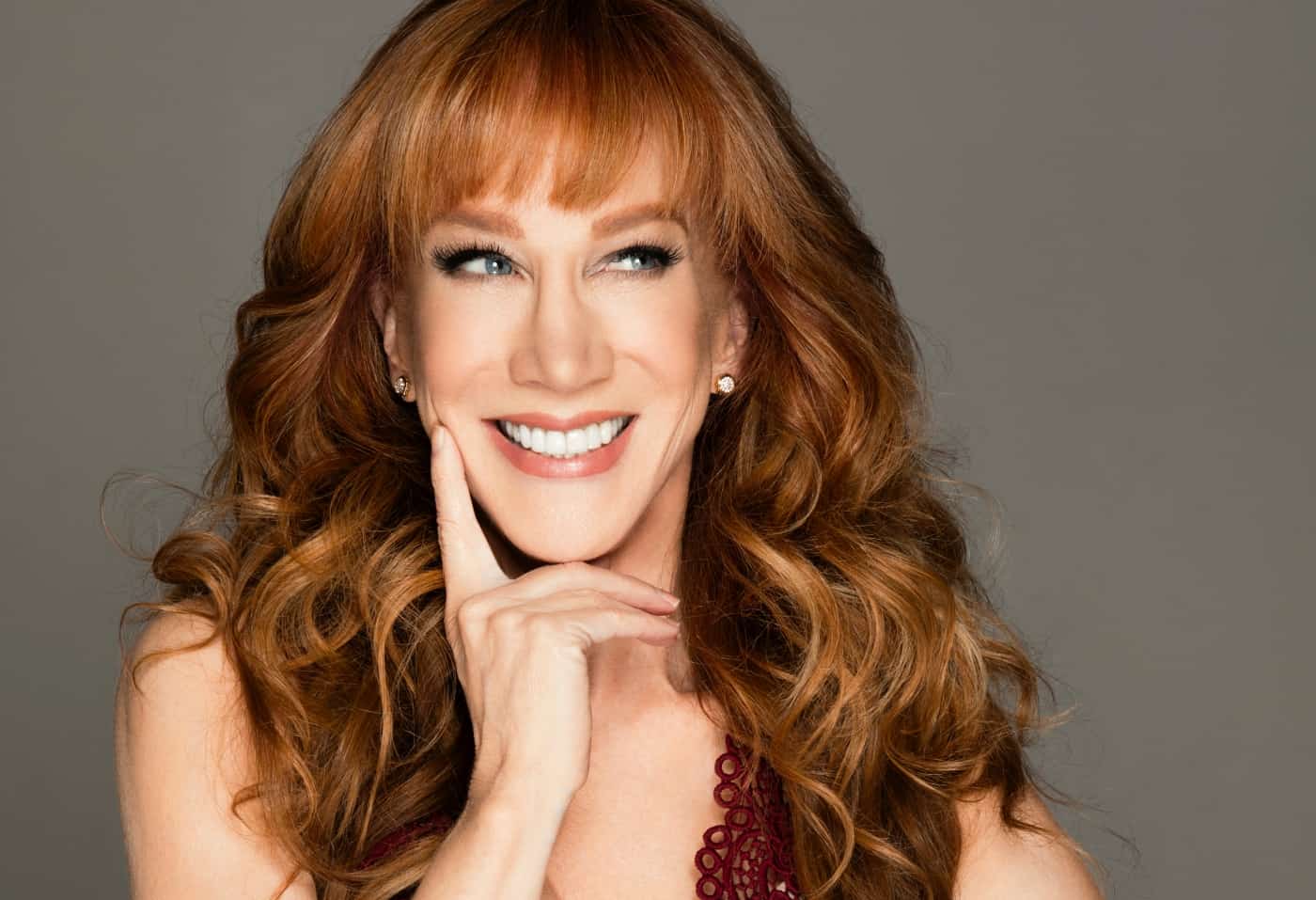 Kathy Griffin on activism in Trump’s America … and a potential new reality show?!

Of course Kathy Griffin’s manager asks if our conversation is being recorded – have you heard her talk? Luckily, the celeb-skewering, gay-loving, Trump-hating comedienne’s filterless mouth moves at a meteoric pace, which is good news for anyone who wants to know her thoughts on basically everything: the practicality of celebrity activism, her idea for a “My Life on the D-List” spinoff and the surprising number of people she meets who say they’ve never encountered a gay person.

I caught up with Griffin, who discussed all the above just days after being honored with the Vanguard Award by the San Francisco Gay Men’s Chorus on March 12 for her ardent and unwavering role as an ally in the LGBT rights movement. She sharedher insight into what the hell we do – and what she’s doing – now that Donald Trump is running this country.

What does it mean to you to be an activist and a celebrity with the kind of platform you have in the Trump era?

I think people that believe in any kind of nuanced thought, who can handle a thought, know that, yeah, a celebrity can actually provide a real service for a cause. Celebrities sort of apologize all the time, but we’re voting citizens like anybody else. I defend my right to speak about things as a celebrity or as an offensive comic or whatever you wanna call me. I’ve toured this country so many times, and I’ve also performed in Iraq and Afghanistan for the troops. I’ve performed in a prison. I’ve performed at the Walter Reed Army Medical Center. So, I kind of feel that’s what I bring to the table – that I’m really, really proud of.

Every city has a different vibe. I can kind of tell in the first few minutes of the show what they’re gonna be into. But some audiences really want to hear a lot of Trump material, some wanna hear a lot about my mom, some wanna hear a lot about, you know, my new neighbors Kim Kardashian and Kanye West [laughs], which is hilarious to all parties. My material is definitely new, so if you’ve seen me five months ago, five years ago or 10 years ago, you’re definitely gonna see a new show. And even though I’m supporting the book, I’m not, like, just sitting there reading from the book. I’m doing all different stuff.

Sometimes in my shows I’ll actually talk about the kind of activism that I’m up to, and I’ll try to make it funny. Like, I had a one-day show in Mexico, where, by the way, I spent the whole day apologizing to the whole country; I just walked around stage saying, “Lo siento [for] Señor Cheeto.” But I bought a bunch of Mexican postcards and those, for example, are fun to mail to legislators that are maybe not helping the LGBT agenda. You can march, you can call, you can send letters, send postcards.

If Trump can get into office, anyone can, apparently. And now Oprah wants to run. If you could replace Trump with any celebrity in the world, who would you put in the White House?

If I could replace Trump with any celebrity, I would replace him with a lady named Hillary Rodham Clinton! Because she fucking won. And it’s hers. And she’s a celebrity! Well, I mean the obvious joke is, I would put my dog Larry in the Oval and have a lot more confidence in [him], even though all he does is fart and eat and sleep.

Larry for president… and Anderson Cooper for VP?

Yes! I actually think that works for both parties, because you don’t want to make Anderson president because then that’s gonna cut down on his modeling. And I want him to be able to take care of the wonderful Gloria Vanderbilt in the style to which she is accustomed for the rest of her life, which means forever. Gloria Vanderbilt for president wouldn’t be bad!

What did you think when you discovered that Kellyanne Conway was a former “comedian?”

Well, she was at, like, a corporate party and she had to get up and do standup. Look, Kellyanne Conway is the perfect example of somebody who’s like a wet dream for me. I mean, first of all, everything about her is made for comedy. Everything from the lies that get more insane every day to her denials, which are hilarious, to the inauguration outfit, which still haunts me. My theory is maybe she got herself a vindictive gay who just said, “When you go to Gucci, buy the entire mannequin and wear the whole mannequin.” You know how gay people can be. Don’t act innocent. It was a gay man with an agenda going, “I know how to make the real story here. We’re gonna put Kellyanne Conway in a crazy ass red hat like she’s in Devo. And then we’re gonna give her a Civil War jacket from Gucci that only fucking Rihanna could have pulled off, and then give her a matching handbag. And don’t forget the gloves, because when she goes and hugs Stephen Bannon, you’ve gotta look at the red gloves and then the red alleged meth marks on his face and see which one strikes you as being more patriotic.”

Do you think it’s time “D-List” makes a comeback?

Well, I sort of would love to do something similar. I mean, the challenge is, would anyone really let me do a reality show? Because “D-List” really was unscripted, and now they’re all scripted and you can see them reading a teleprompter in the interviews and stuff. I’d love to do, like, “D-List to Legend,” where I’m trying to become a legend and I’m trying to surround myself with, I don’t know, Sidney Poitier, Mick Jagger and Cher. Like, all right, maybe I’m not A-list, maybe I’m B, but it’s time for me to become a legend. I think there could be some comedy there. If nobody wants to do it, I’ll just have to be a living legend in my mind and rock my 50-city tour and my bestseller, which Anderson Cooper told me he just read his section and then closed it.

Who do you plan on inviting to your “Fire Island” viewing party?

Well, first of all, the gay mafia is real. I’m a product of it and it exists. So, actually, on the Twitter, I just got a tweet from Jai Rodriguez, the original “Queer Eye,” saying “overdue for a Kathy Griffin mafia night at her house,” so it’ll be Jai Rodriguez, Chris Colfer from “Glee,” Lance Bass and their plus-ones, and they’ll all come over to my new house and we’ll sit in my fabulous screening room – and then we’ll watch “Feud.” But that’s just a typical night for me.

“Feud” is so your show. You must be eating that up.

Oh yeah. I’m eating it up almost as much as Jessica [Lange] and Susan [Sarandon] are eating up the scenery. Actually, we all have indigestion from how much eating of the scenery we’re all doing.

Ha, I believe it! Well, great to talk to you again, Kathy. Thanks for your time and for being on the frontlines of the gay movement.

I feel we’re all kind of reenergized. Our work is not done. But I couldn’t feel like I was in better hands with the LGBT community. I always say this community knows how to litigate and get shit done and get moving and galvanized and get together when the rubber hits the road, and the rubber has hit the road, my friend. So, I’ll see you at the next act of resistance… or we’ll be sharing a jail cell. One or the other.