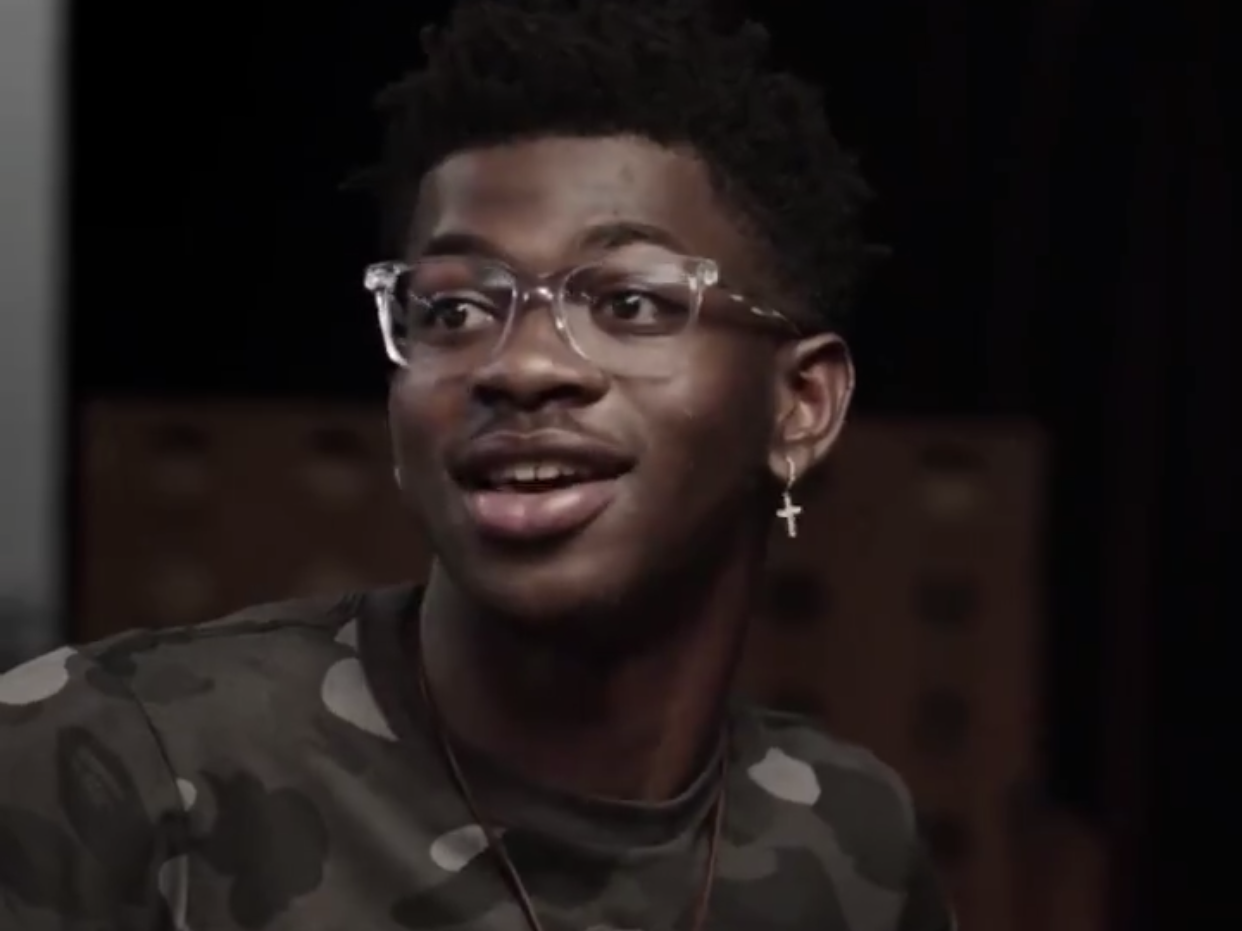 Lil Nas X talked about homophobia and sexuality on HBO’s The Shop: Uninterrupted, only to be interrupted and interrogated by actor Kevin Hart.

When Lil Nas X was asked by the interviewer why he felt it was necessary to come out, Hart, who was dropped as the host of the Oscars because of past homophobic tweets and comments, interjected before he could answer: “He said he was gay! So what?”

The Atlanta native went on to explain that he was taught growing up that being gay was wrong.

Hart, who appeared to be visibly annoyed by this answer, asked, “Hate what? Hate what?” The rapper replied, “Homosexuality. Gay. Gay people.”

“Why? Why you gonna have to hate it?” Hart replied, despite saying that if he found his son playing with dolls he’d “break it over his head and say… ‘Stop that’s gay.’”

“Come on, now,” Lil Nas X replied. “If you’re really from the hood, you know.” He went on to explain that it was important to him to come out “at the top” of his career.

“So, if like, for me, ‘the cool dude with the song on top of everything,’ to say this at any other time, I’m doing this for attention, in my eyes,” he said. “But if you’re doing this while you’re at the top you know it’s like for real, and it’s showing that it doesn’t really matter, I guess.”

.@lilnasx speaks the truth about his choice to come out while at the top. More of The Shop on @HBO now! pic.twitter.com/wETNaPUU5t

Viewers were quick to notice Hart’s line of questioning, as well as his general discomfort while talking about Lil Nas X’s sexuality, and called him out for it on social media.

"He said he was gay. So what!" Kevin Hart knows exactly what the "so what" is here and why a young black boy would closet his sexuality until he believed it was safe. Why not simply listen, give @LilNasX the space and deference to tell his own story… https://t.co/8nY9cHPftP

When they’re talking about how 1 in 5 people are gay and it cuts to him he looks so fucking weird and antsy.

Hart’s comment about the doll house is not the only insensitive thing he’s said about the LGBTQ community. In another tweet, he called actor Dwayne L. Brown a homophobic slur after finding out he was taking pictures of Hart on his phone. He also wrote that actor Damien Wayans looked like “a gay billboard for AIDS.”