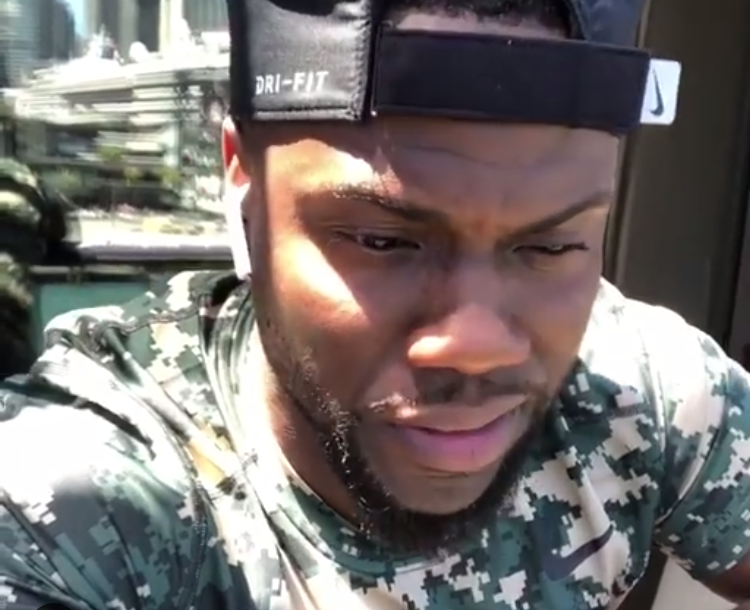 Comedian Kevin Hart announced on social media that he will be stepping down as host of this year’s Oscars because of his refusal to apologize for past homophobic tweets.

“I have made the choice to step down from hosting this year’s Oscars,” he wrote on Twitter. “This is because I do not want to be a distraction on a night that should be celebrated by so many amazing talented artists.”

Hart came under fire for countless homophobic tweets and comments. One tweet, since deleted, read: “Yo if my son comes home & try’s to play with my daughters doll house I’m going 2 break it over his head & say n my voice ‘stop that’s gay.’”

In a 2015 profile with Rolling Stone, the comedian also said that one of his “biggest fears is my son growing up and being gay.”

“Keep in mind, I’m not homophobic… But me, as a heterosexual male, if I can prevent my son from be gay, I will,” Hart told the audience in his 2010 stand-up special Seriously Funny.

Hart reacted to the brewing controversy on Instagram, saying, “Stop looking for reasons to b negative… if u want to search my history or past and anger yourselves with what u will find that is fine with me.”

Stop looking for reasons to be negative…Stop searching for reasons to be angry….I swear I wish you guys could see/feel/understand the mental place that I am in. I am truly happy people….there is nothing that you can do to change that…NOTHING. I work hard on a daily basis to spread positivity to all….with that being said. If u want to search my history or past and anger yourselves with what u find that is fine with me. I’m almost 40 years old and I’m in love with the man that I am becoming. You LIVE and YOU LEARN & YOU GROW & YOU MATURE. I live to Love….Please take your negative energy and put it into something constructive. Please….What’s understood should never have to be said. I LOVE EVERYBODY…..ONCE AGAIN EVERYBODY. If you choose to not believe me then that’s on you….Have a beautiful day

His comments prompted the Academy to give Hart an ultimatum. Prior to his announcement on Twitter, Hart said in an Instagram video that he got a call from the Academy saying, “Kevin, apologize for your tweets of old or we’re going to have to move on and find another host.”

Hart said he would not apologize for the homophobic tweets because he’s “addressed this several times. This is not the first time this has come up … I’m not going to continue to go back and tap into the days of old when I’ve moved on and am in a complete different space in my life.”

I know who I am & so do the people closest to me. #LiveLoveLaugh

Despite this claim, Hart did apologize in his tweet. “I sincerely apologize to the LGBTQ community for my insensitive words from my past,” he said.

GLAAD, an LGBTQ media organization, told USA Today they didn’t agree with Hart’s decision to step down. “Kevin Hart shouldn’t have stepped down; he should’ve stepped up,” GLAAD President and CEO Sarah Kate Ellis said. “Hart’s apology to LGBTQ people is an important step forward, but he missed a real opportunity to use his platform and the Oscars stage to build unity and awareness. We would still welcome that conversation with him. The Academy has recently made significant strides in featuring diverse talent onstage and they should now double down on that commitment as they look for a new host.”

Hart isn’t the first to step down as Oscars host. In 2011, Eddie Murphy stepped down after his producer Brett Ratner quit after Ratner made an anti-gay remark.