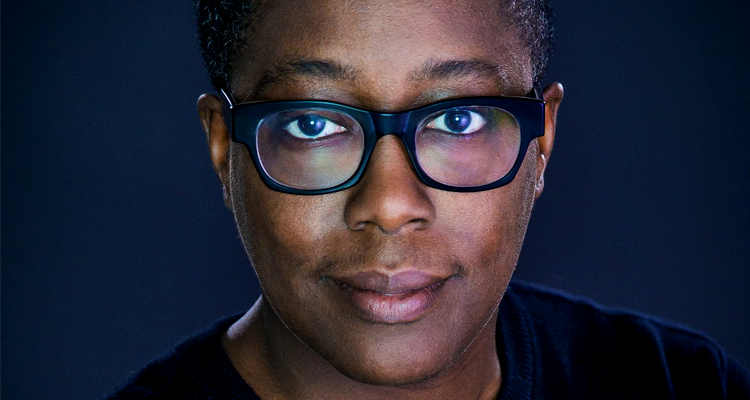 Some powerhouse directors are behind the scenes in the new FX docuseries “Pride,” but none are more iconic than Cheryl Dunye. Her 1996 “The Watermelon Woman” was the first feature film directed by a Black lesbian, and 25 years later she is just as prolific, tackling the ’70s in the new series. Her episode is titled “1970s: The Vanguard of Struggle.”

When Dunye’s long-time friend, producer Christine Vachon — who the director had always wanted to work with — approached her about coming aboard, Dunye knew the ’70s was a great fit for her. “I think it was more conscientious of me to — as a lover of archives — know that this is the decade filled with archives that hasn’t really been explored, so I wanted to dig in to those,” she said. “I think they are very moving and still alive really.”

Dunye and her crew shot some scenes locally at the Atlanta Eagle, but they didn’t make the cut. Her episode looks lovingly at the era and all its activities, including Pride parades in New York, Los Angeles, and San Francisco and later the National March on Washington for Lesbian and Gay Rights in 1979. “I cornered the episodes that way and went in to fill in the middle and try to think of who was there that I cared about,” Dunye said. “Two of my icons — Barbara Hammer and Audre Lorde — were there, so I focused on them and used them as a mechanism to story tell about all the events.”

Both Lorde and Hammer have been instrumental in Dunye’s life. She got to see Lorde speak once at a conference in the early ‘90s before she passed. “She was really the first person whom I saw use multiple terms to describe themselves and say that they were all equal,” she recalled. “Black, lesbian, woman, mother etc. — she considered each of those parts the lens that she looked through. Her book Zami: A New Spelling of My Name was amazing and a gift to my baby dyke self.”

Hammer came to visit Dunye’s graduate school, and the two later became friends while at a film festival together.

“Pride” also incorporates footage of activists Anita Bryant and Phyllis Schlafly. “Every show needs an antagonist,” Dunye said. “These were the folks who were there. They laid the groundwork for what we are struggling with — Christian rights, the concept of the bathroom which has moved to a conversation about trans folks in the bathroom. They were as grassroots and organizing as the LGBTQ activists, so you see two sides start forming. Not to say I’m a fan of those groups or people but this is the first time we start to see the Christian right really become organized as well as our community. I wanted folks to see how relevant that was still today.”

The director thinks now is ideal for the six-part series to air. “I think this is the right time with so many social justice issues frothing up from so many walks of life, all these hashtags and social justice concerns such as voting,” she said. “We have to recognize what can easily be taken away from us. Around issues such as Black Lives Matter, this is the first time we’ve been able to put language to it and respect each other’s differences. After the ’60s, the LGBTQ community was able to look at that mobilization and bring it into how to create community.”

“The Watermelon Woman” — about a young Black lesbian trying to make a film about a ’30s Black actress known for playing the stereotypical roles given to Black actresses at the time — has left a legacy and opened doors for many other filmmakers. It changed Dunye’s career in many different ways. “Not finding anybody who wanted to make it when I originally conceived, it gave me the strength and skin to do it myself,” she said. “As a young person with an idea — we are always waiting to get permission to do something. That made me realize I did not have to wait for permission anymore. I have to remember this as I move through these episodic doors — I might be on someone else’s show, but I can have my own mission and do my own work. That muscle I got from making it and capturing so many lives of people I cherish. I put my whole cultural community in it.”

Since “The Watermelon Woman,” Dunye has stayed busy in both film and TV. One of her next projects is an adaptation of the novel, “The Wonder of All Things.”