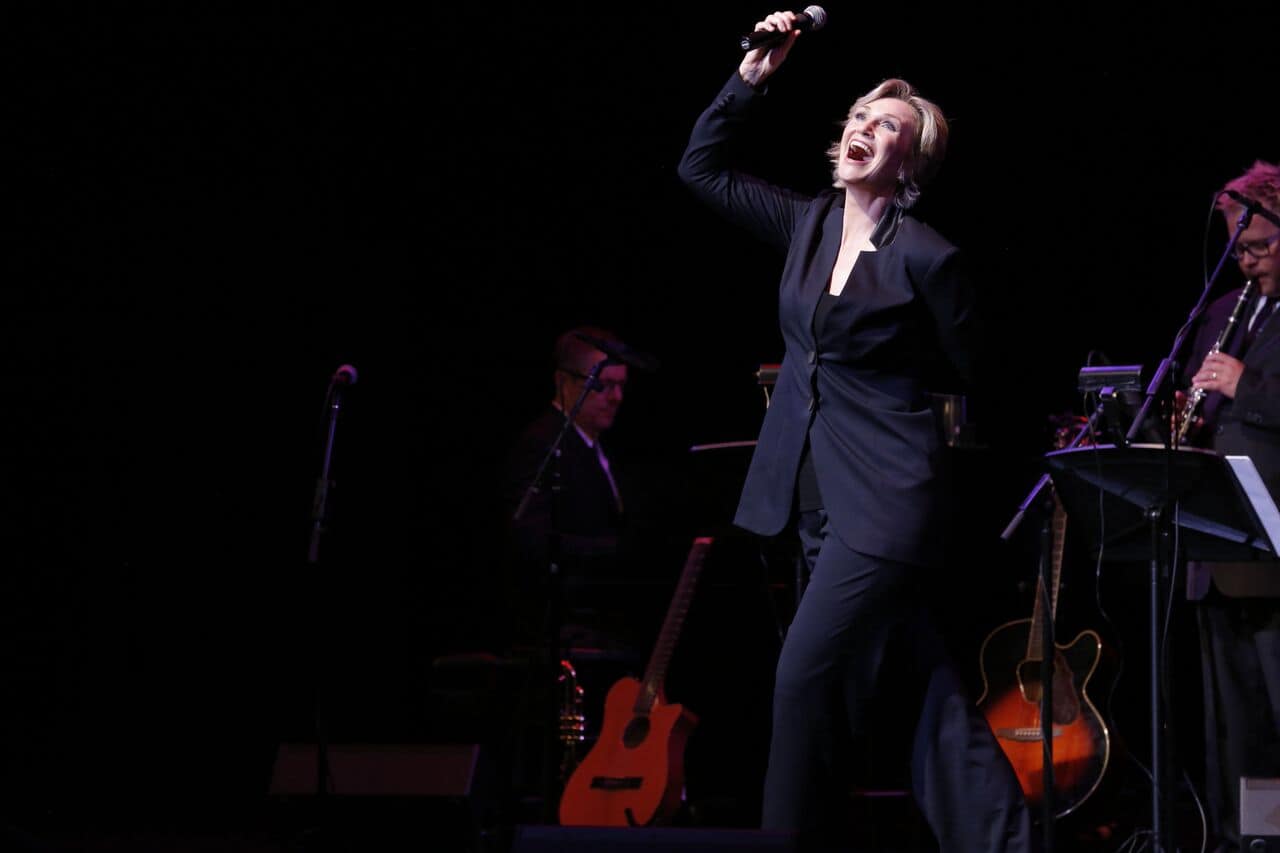 You better believe Jane Lynch can sing, and even if you don’t, “I think by the time you buy the ticket and come to the show, you hope I can sing! You’ve got your fingers crossed,” the “Glee” alum says of her touring act “See Jane Sing.”

Lynch is best known as iconic cheer coach Sue Sylvester, who tormented McKinley High for six seasons of Fox’s musical-dramedy behemoth “Glee.” But on the show, the 55-year-old Emmy winner was better known for her tyrannical outbursts and hair taunts (poor Mr. Schuester) than she was for breaking into song.

Now, Lynch is making up for lost time as she headlines “See Jane Sing,” the entertainer’s touring cabaret that merges comedy with music.

What was your introduction to cabaret?

Well, let’s see, I’ve been in theater for a long time. I go see people perform, whether it’s at a hole in the wall or it’s a chick with a guitar. I usually don’t like big rock concerts – I don’t seek those out – so the combination of doing a comedy show with music has always been something I loved.

So your introduction to cabaret was not Liza’s “Cabaret?”

Oh, that – well, that’s a whole different thing. That was almost like a live sex show in Nazi Germany! It’s funny, I think we call (this show) a cabaret and it’s kind of stuck with the show because we did it at 54 Below (in New York). It’s where one person stands there with their band and people come to eat and listen, so when I say cabaret, it’s a live performance comedy concert. (Laughs)

Were you a funny kid?

Yeah, I was a funny kid and that was one thing I always knew I had. You know how you’re insecure as a kid? I was like, “Well, I know I’m funny.”

So you used that to your advantage?

Assuming you’re taking a bus on tour, what kind of music do you listen to on the road?

Oh no, we’re not on a bus, man. Dude, we are flying. We do this first class – that’s why I’m not making any money on this tour! We fly. I said, “I’m not gonna do it if I have to sit in a bus,” so we fly and we all fly together, although Kate and I do fly first class and I make a joke about it in the show – another reason why I’m not making any money on this tour. But we all fly together and we hang out. We all eat together, laugh together, so I’m not listening to music or anything. I’m not a listener to music – I don’t listen to it very much. But Kate does, and Kate and I have very much the same taste.

Looking back on “Glee:” If a show like “Glee” had been on when you were a young gay person, how might your life have been different?

Ahh, it would’ve showed me that I wasn’t alone, and oh, just to know that you’re not alone. I really thought I had a mental disease that I was never gonna be able to get over, that I was cursed with it, that it was my fault.

Yes, yeah! And I don’t know where I got this, because my parents weren’t Catholic in that way. We went to church but they weren’t like, “This is bad; this is good.” They just weren’t that way.

I get it. They weren’t devout.

Exactly. So, I don’t know where I got that it was so horrible, maybe just by the fact that it was whispered about, if it was spoken about at all. And I didn’t see one person in my trajectory of life that had it! (Laughs) I was completely alone in it, so for me to have a “Glee,” and I’m sure I speak perhaps for you and a lot of other gay people growing up n the ’70s and the ’80s, a “Glee” would’ve been so wonderful – oh, how great that would’ve been.

Has there ever been a role you regretted not taking?