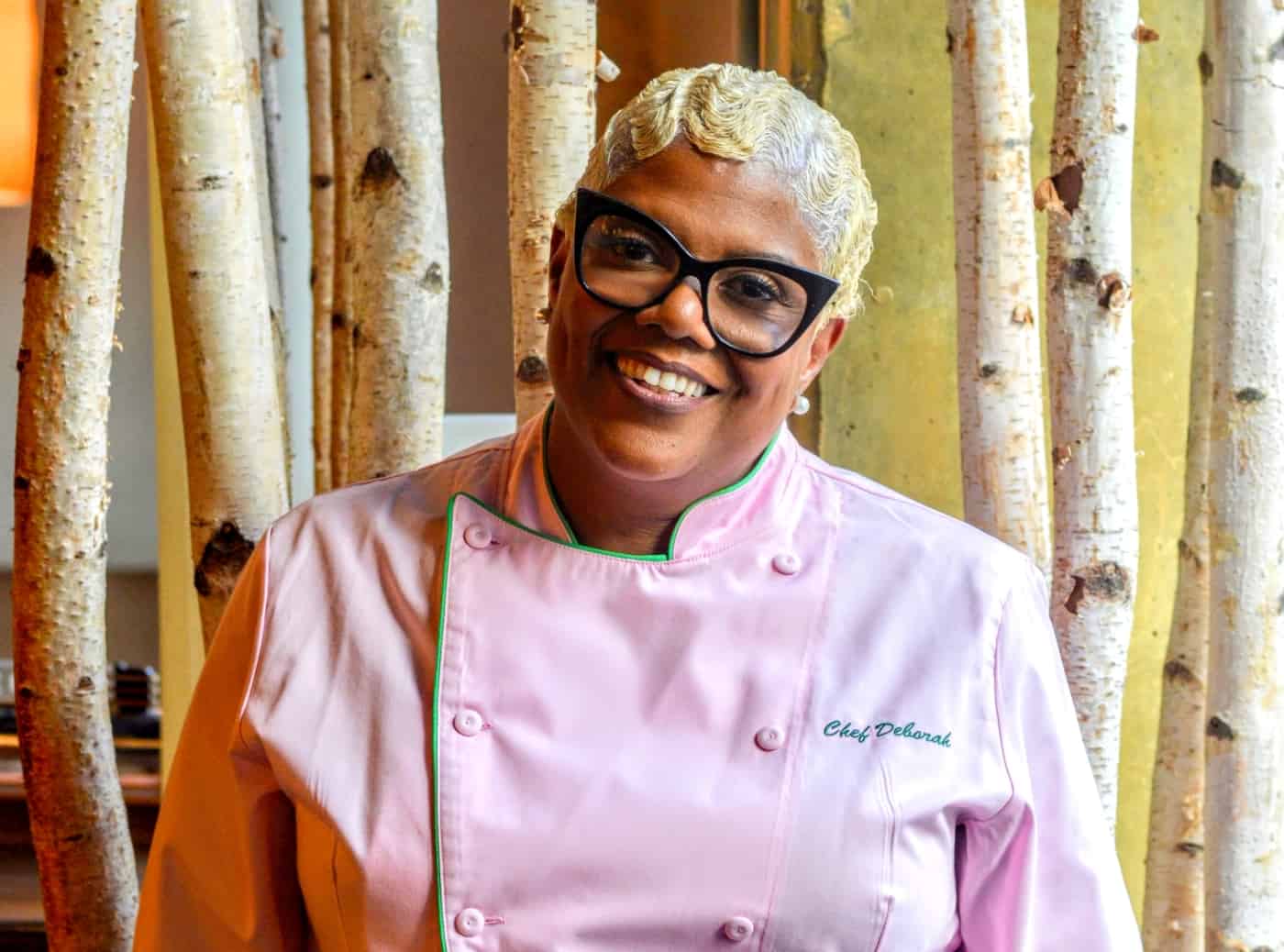 The recipes on VanTrece’s menu combine the comfort foods Southerners crave with flavors inspired from her global travels. There’s flash-fried chicken wings with coconut gravy, sweet tea baby back ribs, duck confit with sweet potato dumplings and peach cobbler parfait. For the less carnivorous, Twisted Soul offers a pasta bowl of spaghetti squash and charred tomatoes. And of course, the restaurant’s namesake is on the salad menu — yellow tomatoes, green beans, sprouts and pecan-crusted goat cheese are some of the key ingredients.

Neighbors counted down days to reopening

Mia Pertilla and Taylor Woody, who work at Tu La 2 Nail Salon & Company nearby, first tried Twisted Soul when VanTrece cooked up a menu for the salon.

“It was delicious so we were like, ‘OK, we can’t wait.’ We’ve been counting down the days,” Pertilla said.

And the hours, Woody added. The day of the opening, both women tried to come early to beat the crowd, but found the doors didn’t open until 5 p.m.

Pertilla had the fried chicken dish with collard greens and sweet potatoes.

“It’s like all the traditional soul food, but it has the twist on it. The collard greens are in a roll … I think the sweet potatoes were like a chutney,” she said. “It’s classic food, but it’s different.”

William and Nicole Rhodes, who live around the corner from Twisted Soul, also praised the fried chicken.

“It was really good,” William Rhodes said. “One of the hallmarks for me, if it’s prepared really well, is if you can have a breast or any white meat and it’s still moist. I found all of the chicken to be very moist and really tender.”

The two had their eye on the restaurant for weeks, patiently waiting until it opened.

“We wanted to support local businesses and absolutely wanted to come and try it out,” Nicole Rhodes said. “I got the ox tail and it was great. The ox was extremely tender, which is also a good sign. Extremely flavorful; well-seasoned. The pappardelle [pasta] was a nice pairing with it, actually. It was cooked really well.”

She even got seconds — not of the ox tail, but an entire second dish. The server brought out a piping hot bowl of gumbo, garnished with a snow crab leg, once her entrée was finished.

VanTrece spent most of opening night in the kitchen, her signature cat-eye glasses keeping an eye on the back-of-house staff. It was evident her 20 years in the culinary industry paid off with this “third time’s a charm” eatery. Her first restaurant in Atlanta was Edible Art Café, followed by the original Twisted Soul in Decatur.

“Decatur, it was a good opportunity for us, but she wanted to branch out and have her own creative freedoms,” Lane said.

The business partnership ended last December, but it wasn’t long before preparations kicked off for Twisted Soul No. 2.

The new restaurant, which seamlessly blends vibrant vegetables and flowers reminiscent of Georgia’s 12-month growing season with rustic, darker elements of wood paneling and cast iron décor, has an open atmosphere where the bar takes center stage. That’s Lane’s domain, where her hand-infused mason jars of moonshine hold a place of honor on the shelves.

Lane became VanTrece’s right-hand woman in the restaurant industry after the two met on an online dating site. Though Lane claims the culinary world is all her wife’s, she said VanTrece challenged her to be more of what she was capable of. That’s how she wound up expanding her bartending experience into full-on menu pairings and drink development for Twisted Soul.

The moonshine selection is Lane’s signature.

“We use American Born Moonshine, White Lightning, then I infuse it with various flavors. This summer we played around with a ginger-infused moonshine. We have one called the ‘ginger moon.’ That’s our newest one,” she said.

She offers a moonshine flight of four flavors: lemon-basil, spicy watermelon, pineapple and ginger. Lane is also proud of Twisted Soul’s signature cocktail offerings — though she wouldn’t give out any trade secrets, she advises new diners to try the New Old Fashioned, which has “just a hint of sherry.”

Family, friends and Atlanta restaurant elite came out to celebrate with Lane and VanTrece on the rainy Saturday night. Chef Jennifer Booker, Atlanta-based cookbook author and owner of Your Resident Gourmet, was among the crowd.

VanTrece came to Savannah to support Booker’s participation in a cooking event called Black Hand in the Pot, so Booker wanted to return the favor by coming out for the restaurant grand opening.

“I’m just very excited that she has her space and her dream realized,” Booker said. “Every chef I’ve ever met, we want our own spot, be it a food truck, a walk-up or a restaurant. For her to have her own space, to me, is huge.”