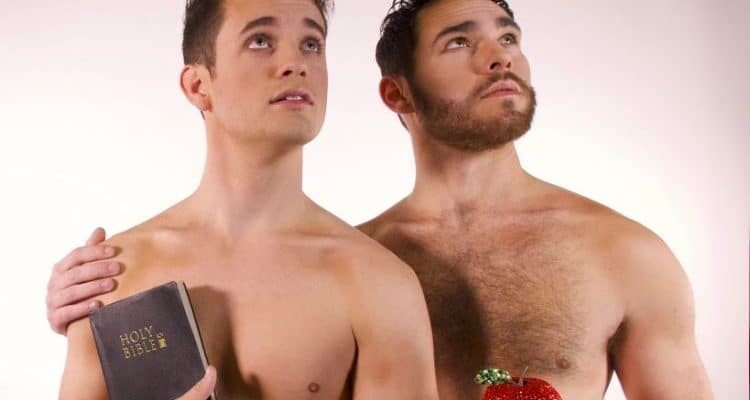 An anti-gay group has orchestrated a massive hate campaign against Atlanta-based Out Front Theatre Company over an upcoming production that portrays gay versions of Bible stories. A petition created by the group, America Needs FATIMA, has garnered nearly 50,000 signatures and led to an onslaught of harassing calls, voicemails, emails and Facebook messages and posts from around the world directed at the theater group, drawing the attention of Atlanta police and the Department of Homeland Security as opening night of “The Most Fabulous Story Ever Told” approaches on April 27.

The trouble started on March 27 with a series of emails criticizing the group for portraying Mary as a lesbian, and the situation escalated from there and has continued daily ever since.

“They don’t approve with what they feel is the unfair representation of the Christian faith. They’ve been calling us vile and disgusting and we should be ashamed and we’re going to hell and all of that standard stuff. Every time I open my email, I have 100 new messages,” Out Front Artistic Director Paul Conroy told Georgia Voice. “It’s at the point where I’ve had to tell people we do business with not to email me. We can’t check the voicemail. It’s just constant calls that call and hang up. Some of them leave messages.”

“Your show is a total freak show,” reads one email. “What happen your father never beat you with a belt little sissy,” reads another. Numerous messages say that portraying Mary as a lesbian is offensive to Christians and they call on Out Front to cancel the show, but Conroy says the show will go on as planned.

However, the Atlanta Police Department and the Department of Homeland Security have confirmed they are aware of the situation and Conroy is meeting with both next week about arranging security at the shows out of precaution.

“Out of 30,000 people, 29,999 of them don’t have to do anything. It’s only going to take one person to think they’re saving the world,” said Conroy, who acknowledges that the cast is “a little freaked out” and that they don’t go by themselves to their cars at night after rehearsal.

Pennsylvania-based America Needs FATIMA has protested numerous films, plays and art exhibits in the past, including a 2013 protest at a Dallas production of “The Most Fabulous Story Ever Told.” The campaign against the Atlanta production has drawn international attention in publications like The New York Times and The Times of London, but Conroy feared a lack of response to the matter locally.

“We’re starting to feel a little isolated and kind of like we’re on an island. The messages of support that we’re getting are wonderful, but they’re not coming from local people,” he said. “If this show isn’t a huge success, then I feel like these people kind of win. If this doesn’t drive more people to us, then you’re letting them get away with exactly what they wanted.”