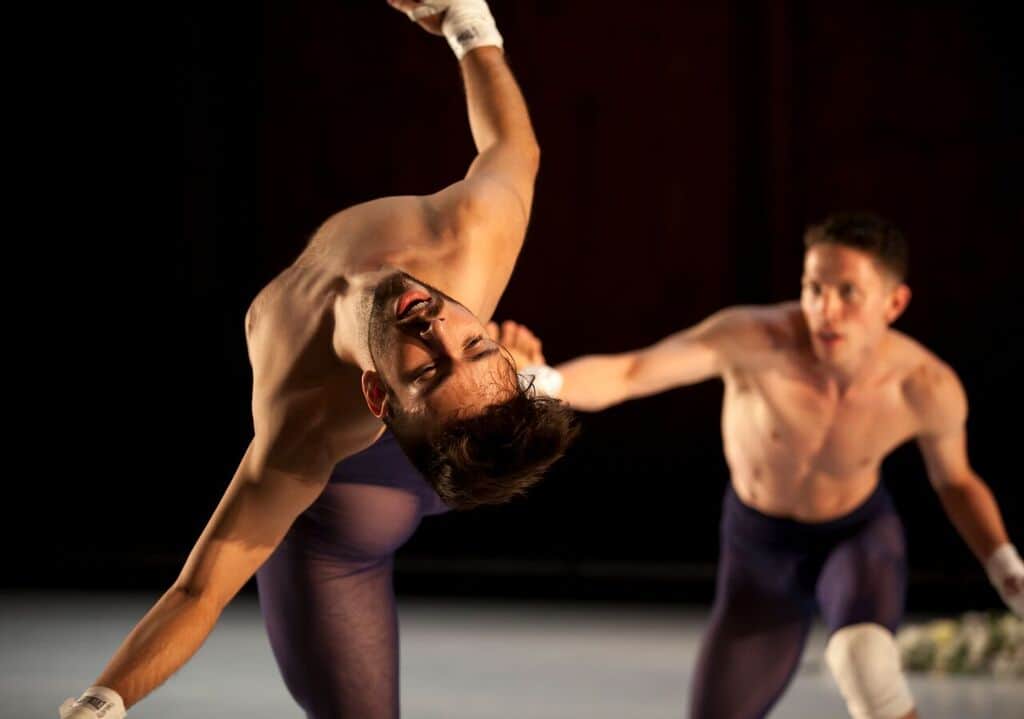 LGBT audiences to go ‘OFF THE EDGE’ with ‘MADBOOTS’ Dance Company

Georgia State University’s Rialto Center for the Performing Arts once again goes off the edge. Don’t worry, the illustrious performing arts center has not fallen into Forsyth Street where it has long stood, but it is once again hosting the cutting edge biennial dance festival: “Off The Edge,” which it began curating in 2012. The two-night festival runs March 4-5 at the Rialto and features some 7 dance companies over 2 nights. This year’s festival is under the artistic direction of Toronto’s Ilter Ibrahimof, most noted for his work as artistic director of “Fall For Dance North,” which was inspired by the New York dance festival “Fall For Dance”.

Center stage at this year’s festival is gay couple Jonathan Campbell and Austin Diaz, director/founders of “MadBoots.” The all male company is not shy about tackling gay issues head on. The men will take to the Rialto stage this weekend with an unapologetic narrative that explores male sexuality and sensibility with witty intellect.

Also, on the bill, Macarthur Fellowship recipient, Kyle Abraham, named to Out Magazine’s OUT: 100 in 2013. Abraham has been taking the world by storm with cutting edge works like “The Radio Show,” “Boyz In the Hood,” and more than one commission by The Alvin Ailey American Dance Theater. Abraham was named to Out Magazines 100 Most Eligible Bachelors list on multiple occasions. This is not to allow good looks and eligibility to snatch the spotlight from artistry and smartly created work, Abraham has most definitely carved out a niche in the world of choreography. His work is synonymous for its rich movement vocabulary and accessibility from dance aficionados to the average theatergoer alike.

Co-sponsored by Kennesaw State University, “Off The Edge” will also feature works by local, national, and international companies. Expect to see the modern Flamenco styling’s of Montreal’s La Otra Orilla, Germany’s Gautier Dance, Toronto’s innovative Coleman Lemieux & Compagnie, The Kennesaw State University Dance Company featuring the work of Israeli choreographer Ido Tadmor and Atlanta Ballet’s Wabi Sabi. Atlanta Dance lovers will truly be in for a treat for the mind, the heart, and of course the eyes.

Rialto Center for the Arts