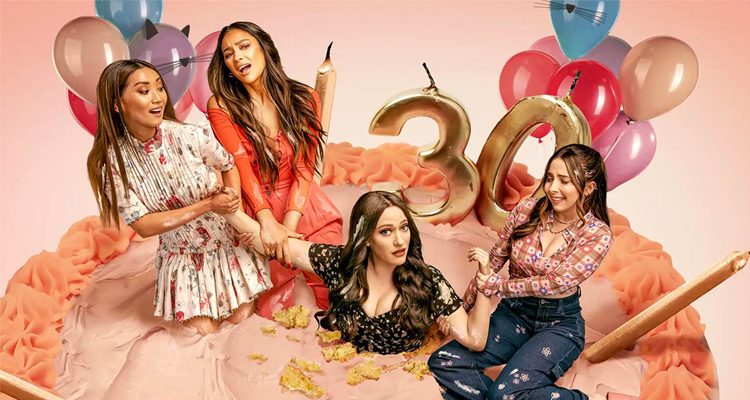 LGBTQ Media Representation at an All-Time High: Some Shows to Watch

A recent GLAAD report revealed that LGBTQ representation in television is at an all-time high. The number of LGBTQ individuals that appeared on scripted broadcast television jumped to 11.9 percent, up from 9.1 percent last year.

Within the LGBTQ community, lesbian women were the most represented on screens. Additionally, there were 42 total regular and recurring trans characters on television platforms. Meanwhile, LGBTQ individuals of color increased on broadcast, but trended downward on cable. Streaming services continue to meet GLAAD’s challenge that ensure that more than half of LGBTQ characters are also people of color.

With increasing LGBTQ representation, there’s a vast array of LGBTQ stories to delve into no matter the genre. Here’s a dive into LGBTQ-inclusive shows to binge-watch over the next few months. Whether you’re looking for a workplace comedy, a coming-of-age story, or a mature drama, we’ve got something for you.

Stella Cole (Shay Mitchell) gets the spotlight in the premiere of the second season of “Dollface” as viewers zoom in on her burgeoning relationship with Liv (Lilly Singh). Since Shay mostly dated men last season, the focus on a queer relationship and a greater emphasis on her sexuality adds much needed nuance to the show. Viewers will watch as Stella shifts away from the party lifestyle she’s grown so accustomed to and faces the prospect of a family and serious relationship for the first time. For South Asian queer teenagers who grew up watching Lilly Singh on YouTube, Lilly Singh and Mitchell portraying queer characters is healing and transformative for the inner child in us all.

One of Gen Z’s newest addictions, “Euphoria” in its second season grapples with the highs and lows of high school, including the characters’ turbulent relationships with drug abuse, family issues, harmful relationships and more. “Euphoria” follows protagonist Rue (Zendaya), a queer woman, and her love interest Jules (Hunter Schafer), a trans woman. As we watch them grapple with their traumas and explore their relationships, this show will pull at your heartstrings and keep you invested — even if you’re typically not a fan of high school shows.

How I Met Your Father

This spinoff of “How I Met Your Mother” features an all-new cast that follows Sophie (Hilary Duff) as she tells the tale of how she got together with her children’s father. Unlike in “How I Met Your Mother,” we know that the father is one of the men who appear in the first episode, although it’s a mystery as to who. Ellen, a member of the core friend group, goes through her journey of beginning to date after her divorce from her ex-wife and experiencing the pains and joys of dating in the bustling city of New York. Ellen’s disastrous but relatable dating experiences are refreshing for anyone who’s ever been on a dating app.

Forget “The Office.” “Space Force” brings the workplace comedy-drama to new heights. The series follows efforts to expand the United States armed forces with a brand-new Space Force that works to launch a satellite into space. Head Scientist Mallory (John Malkovich) is openly gay and works with the supporting cast of scientists and workers to explore new realms amidst the chaos of workplace dynamics.

“Grey’s Anatomy” and its ever-evolving group of doctors are back once again with season 18. The show has featured a variety of queer characters over the years. The 18th season continues the buildup of the relationship of Amelia and Kai, a queer couple whose relationship saw its beginning this season as we watched their casual flirting turn into something more.

“Good Trouble” is a more mature spinoff of “The Fosters” for those longing for a more adult vibe. It follows Callie and Mariana and their group of friends in their communal living abode. More explicit and crass than its predecessor, this show doesn’t hesitate to tackle hard topics and strives for the unconventional. Intersectionality is at the forefront, and there’s plenty of queer representation, including Alice Kwan (Sherry Cola) and Gael Martinez (Tommy Martinez). These characters are not relegated to a side plot, but are rather given their own unique storylines and relationships throughout the series.

Based on the hit movie “Love, Simon,” “Love, Victor” follows a completely new cast. After a move, Victor (Michael Cimino) tries to come to terms with his sexuality and his burgeoning feelings for Benji (George Sear) despite his relationship with Mia (Rachel Hilson). Luckily, Victor has a support system in awkward but lovable Felix (Anthony Turpel) as he navigates the pressures of school and family. “Love, Victor” shows some much-needed representation of queer characters of color, and Victor’s storyline is immensely more relatable for queer viewers of color. Watch out for a guest appearance from Simon!