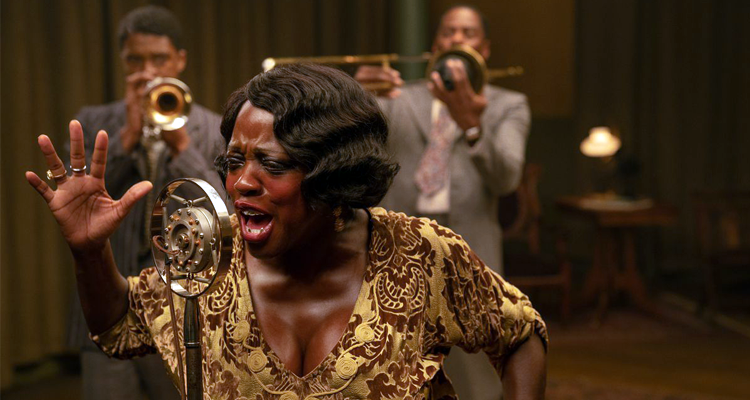 LGBTQ Representation in the 2021 Awards Season

Historically, many of Hollywood’s major award shows have been dominated by older, white, heterosexual, cisgender men. The same types of film and music were celebrated, and the same types of creators were honored time and time again. Real life was only reflected in the idealized popular culture pieces for a very specific demographic.

A recent Gallup poll shows that roughly 5.6% of Americans identify as LGBTQ; this is a major jump from their 2017 poll. Their results also showed that 1 in 6 adults in Generation Z identify as LGBTQ. Previously, finding any representation that reflected their identities within award shows would have been difficult. This is slowly changing, and the LGBTQ nominations for many of the major award shows this year reflect that.

Deborah Dugan, a former CEO of the prestigious Recording Academy, has described the organization as having a “toxic boys’ club culture,” but they extended membership offers to “over 2,300 music industry professionals from a diverse array of backgrounds” in July to help combat that toxicity. This trend may have also bled into Grammy nominations this year.

Queer women dominated the Best Rock Performance category this year with another nomination for Phoebe Bridgers and nominations for Brittany Howard, Grace Potter, and Adrianne Lenker. Kaytranada also scored nominations in the Best Dance/Electronic Album and Best Dance Recording with Arca, a trans Latina, also scoring a Best Dance/Electronic Album nomination. Lido Pimienta, a noted queer Latina artist, was nominated in the Best Latin Rock or Alternative Album category. Atlanta’s own Katie Pruitt was among those listed in the Best Engineered Album, Non-Classical, and Lady Gaga secured a nomination for Best Pop Vocal Album as well as Best Pop Duo/Group Performance alongside Ariana Grande for “Rain on Me.”

The other major General Field Grammy categories have all generally seen an increase in diversity this year, with many people of color and women receiving nominations. Beyoncé has received nine nominations in eight categories, and if she wins eight or more, she’ll have raked in the most Grammys of any single artist in history.

In the film and television sector of the entertainment industry, LGBTQ representation is also on the rise. There’s plenty of overlap between predicted Oscar nominees and the GLAAD Media Awards nominees. Both award ceremonies’ highest achievement categories (Outstanding Film and Best Motion Picture for the GLAAD awards and the Oscars, respectively) feature “Ma Rainey’s Black Bottom” as a nominee. “Ma Rainey’s Black Bottom” tells the story of Georgia’s own Rainey, her influential blues career, and how she navigated a world dominated by white men and heteronormative expectations.

“Welcome to Chechnya,” a documentary covering the story of activists risking life and limb to confront the Russian government’s efforts to torture and execute LGBTQ+ civilians, is nominated by GLAAD and is expected to be nominated by the Academy as a Best Documentary pick.

The Oscars are also predicted to have more female representation in a very prominent category. Last year, not a single female director was nominated for Best Director, but this awards season, Chloe Zhao and Emerald Fennell are favorites to be nominated for their work with the films “Nomadland” and “Promising Young Woman” respectively.

Last year there was only a single person of color nominated for a single one of the 20 possible slots for an acting award. This year many actors of color, from Chadwick Boseman and Steven Yeun to Viola Davis and Han Ye-ri, are favorites for recognition from the Academy.

While Hollywood still has a long way to go in terms of nearly every facet of proper representation, the slow but steady increase in nominations for LGBTQ+ community members as well as people of color and women is indicative that change is on the way. While finding themselves reflected in the media used to be extremely difficult and limited to indie arthouses and underground festivals, marginalized peoples are slowly becoming able to see a piece of themselves in more mainstream media.

The Grammys air March 14 on CBS. Oscar nominations will be announced on March 15, and the ceremony will air April 25 on ABC. While an official date has not yet been released, the GLAAD Media Awards will be streamed sometime in April.