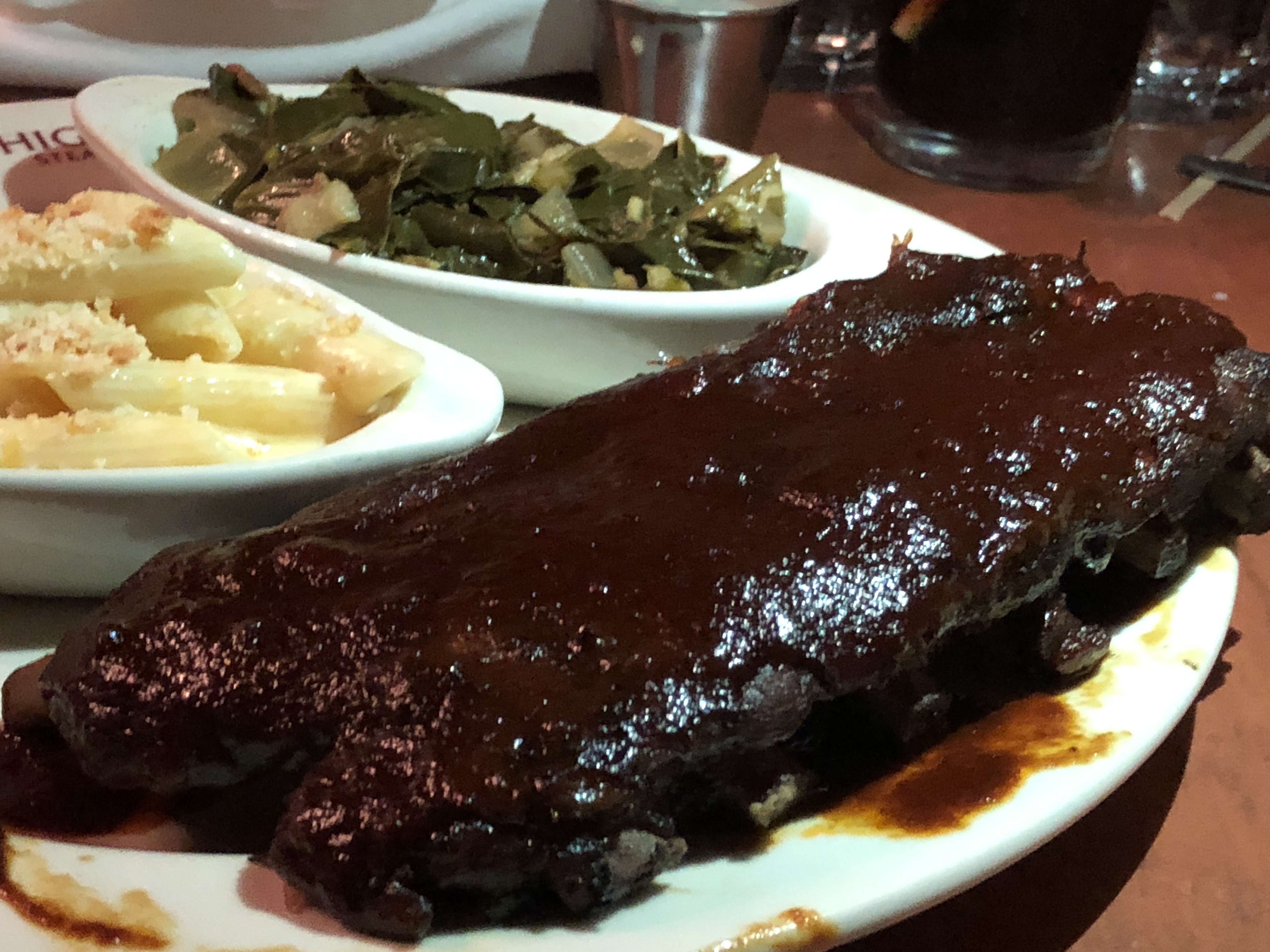 Many years ago, I used to hang out with Bill Cutler, a former academic who biked around the state and reported his adventures in restaurants for several publications. Maybe a year after his untimely death, I was at dinner with some mutual friends. “The truth,” a colleague told me, “is that Bill hated everything he ate in every restaurant by the time he died.”

I don’t want to be like that, but a dark cloud has swept over the tables of my two most recent meals. First up is Highland Tap, the iconic Virginia-Highland steakhouse that opened in 1989. More affordable than most steakhouses, the stone-walled restaurant requires descending a steep flight of stairs into the large bar area, where heterosexual millennials demonstrate their capacity to out-shriek gay men at a drag show. The bar is fully open to the quieter main dining room, which is adjoined by a smaller, separate one with a Medieval-looking fireplace and iron chandelier.

First, the good. The restaurant is famous for its prime rib, and I can confidently say it remains a solid choice, despite what tastes like a canned jus. The burger wasn’t bad, but the accompanying fries were gooey. An enormous wedge of iceberg lettuce with the inevitable but substantial blue-cheese dressing was baconed-up real good. The most annoying thing about much of the food was its sweetness. Fried calamari rings were made limp by tossing with a super-sugary chili sauce. My baby back ribs were glazed with bacon and bourbon, cooked until dryer and sweeter than a lollipop. My collards were also sweetened. A faintly sweet loaf of bread was served with sweetened butter. Two loaves of soft pretzel bread from H&F Bakery had good flavor, but the sugar of everything else made us crave the rock salt of crunchy pretzels.

Enough! Highland Tap’s huge menu offers many dishes besides the prime rib and wood-fired steaks. I’m guessing the problems relate to the way established restaurants with hordes of fans are understandably reluctant to change their game. But come on, we’re mainly just talking about discarding a few tons of sugar.

French restaurants are making a big comeback in town. One is The Brasserie, located at Bazati, a sprawling, glass-and-concrete development on the Beltline with valet-only parking in a gigantic lot. The chef is Remi Granger, who formerly headed the kitchen at the lovable Bread and Butterfly. You can have a good meal here, but I was shocked by the off-key notes. The big fail was the coq au vin. The braised chicken leg and thigh were served in the usual red-wine reduction with cremini mushrooms, some bacon, and pearl onions, except there were no discernible pearl onions in my bowl. The big problem was that the stew was served over a ridiculously thick layer of mashed potatoes that transformed it into something like shepherds pie. The menus most expensive dish ($28) is a “bone-in pork chop” glazed in apple cider, served over figs and carrots. Is it fussy to complain the pork chop was actually boneless? The taste was okay, but it’s the bone that imparts any meat’s flavor.

My favorite dish on the table was a jar of pork rillettes to smear on slices of grilled sourdough bread between a nibble of cornichons and pickled onions. My second fave was a special of vichyssoise with “bacon caviar.” The Moules-frites featured plump mussels in the usual white-wine brew, but why in the world does the kitchen dump the fries atop the dish rather than serving them on the side? Are limp fries, like Highland Tap’s, in vogue?

The service was the best I’ve encountered in a long time and my complaints aside, I will certainly return but only after I’ve tried Tiny Lou’s and AIX, two other French newcomers. Honestly, I need somebody to love.