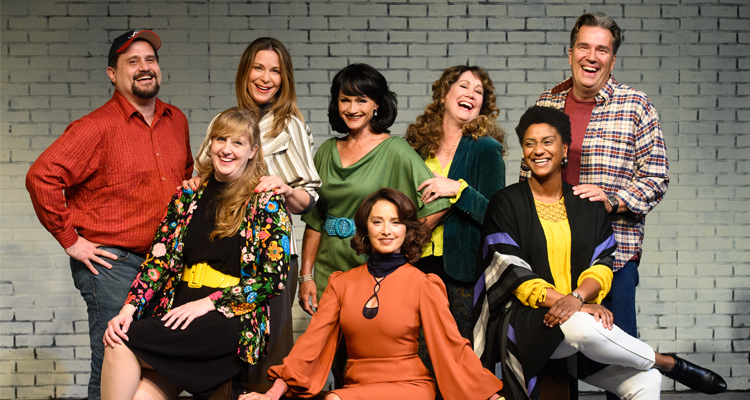 It’s an understatement to call Linda Bloodworth-Thomason television royalty. Her early writing career includes such landmark series as “M*A*S*H,” “Rhoda” and the pilot for “One Day at a Time,” but it’s her work as the creator of “Designing Women” that has forever endeared her to the LGBTQ community.

“Designing Women” ran from 1986 to 1991 and was set at Sugarbaker & Associates, an interior design firm in Atlanta. Dixie Carter (Julia Sugarbaker), Delta Burke (Suzanne Sugarbaker), Annie Potts (Mary Jo Shively) and Jean Smart (Charlene Frazier Stillfield) were the perfectly cast actresses at the core of the comedy. Thomason has decided to revisit the characters with “Designing Women 2020: The Big Split,” opening at Horizon Theatre next week. In it, the central foursome is battling relationship issues as well as COVID-19 and the presidential election of that year.

She wrote the play while she was bored during the pandemic, Bloodworth-Thomason told Georgia Voice.

“I had so many emotions about things that had gone on during [that time], and I kept wondering what Julia and Suzanne and everyone would have to say about [them],” she said. “When I would talk to others, they’d have the same thoughts.”

This new version premiered as a co-production that played at TheatreSquared in Fayetteville, Arkansas, and Arkansas Repertory Theatre in Little Rock where Bloodworth-Thomason and her husband Harry grew up. The productions broke box office records — during COVID in the winter and in a red state — to begin its journey. “That made us feel not smug but comfortable,” Thomason said.

When she created it, she didn’t know if the series would be successful, but had high hopes.

“You never know,” she said. “Most of us have as many failures as we do successes. I did have a lot of faith in this one because I took control instead of being a hired gun.”

At the time, she was working on a pilot for an actor that she really wasn’t interested in. She called up the head of comedy of CBS one day and said she didn’t really want to work on the pilot and wanted to come over and tell them what she did want to write.

“I am friends with Dixie, Delta, Jean and Annie, and I want to write a show for them,” she recalled saying. “That was an overstatement — I barely knew them. I didn’t tell them I was doing it either. I said, ‘I don’t care what they do for a living, I just know I want to write the dialogue and they are going to say the words.’”

The president of CBS agreed to shoot a pilot. Once the show began airing, Bloodworth-Thomason was surprised at how the LGBTQ community took to it. She started getting fan mail and later won awards from LGBTQ events.

“We had total unbridled love and support,” she said. “Reincarnations of some of the speeches are online and played in gay bars every night. It meant the world to me. I don’t like to see any group of people not recognized and marginalized. In my little town nobody ever admitted they were gay. So that was pretty fulfilling to understand these women had unleashed courage in — in particular — a lot of young gay men who identified with [these women]. I’ve had years of young gay men coming up to me telling me they would watch [some of the speeches] with their parents and tell their family, ‘I’m gay.’ It makes me cry.”

“Designing Women 2020: The Big Split” is directed by Heidi Cline McKerley. Both she and Thomason feel that this new take on the characters will attract both original fans of the show and newer audiences. According to McKerley, the series is iconic for a number of reasons.

“When the show was on, the way these women were portrayed and the way they were written was unique, especially for the amount of iconic women in one scene,” she said. “Here, you had multiple women, and it was a combination of intelligence, women speaking their mind, [great] fashion. It was the right combination at the right time.”

Serving as the dramaturg for the production is Topher Payne, who for more than a decade has played Julia Sugarbaker in various area “Designing Women LIVE!” events. His participation in the production makes Bloodworth-Thomason very happy.

“Designing Women 2020: The Big Split” opens at Horizon Theatre on September 30 with an open-ended run.