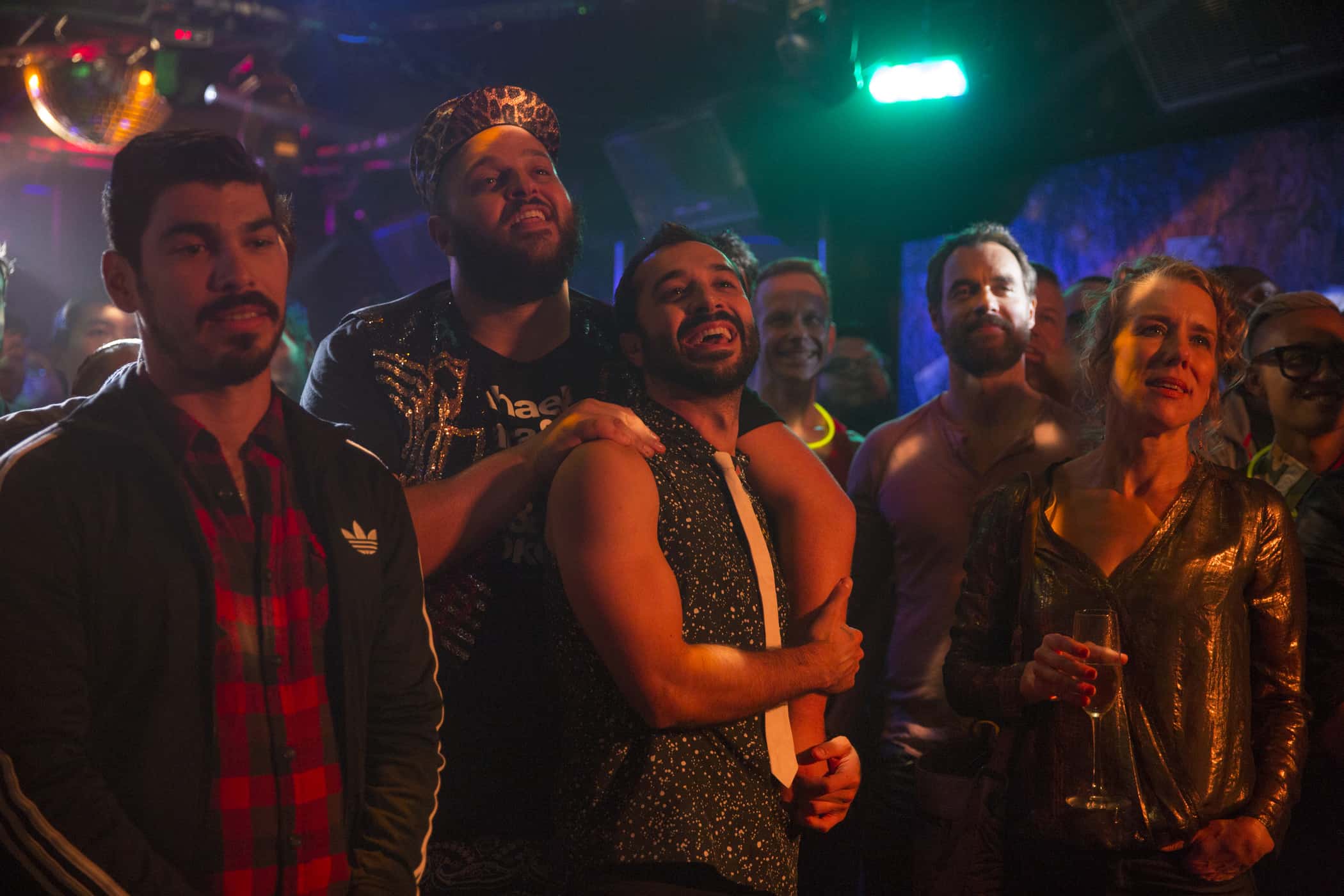 Through the ‘Looking’ glass of short-lived gay HBO series

It was goodbye for now as the cast and crew of HBO’s modern-queer dramedy, “Looking,” stood in the rising San Francisco sun tearfully hugging. Just like in the film’s final scene, “we broke night,” Daniel Franzese, who plays Eddie, reminisces.

Of course they did. “Looking” was, after all, extraordinarily ordinary, a time capsule of contemporary queerness revolving around a chummy, could-be-your-own friend group navigating love and life in the Mission-Castro district.

Premiering in 2014 to critical praise and a modest following (at its peak, the series reached 519,000 viewers six episodes into its first season, up 50 percent from the premiere episode, according to Variety). “Looking” was divisive from the get-go, with viewers either drawn to its languid style of storytelling or vehemently against it. Was it too gay? Not gay enough? You know, everyone’s a critic.

Still, there’s no arguing “Looking” broke ground merely by existing. Out actor Jonathan Groff, who portrayed neurotic boy-next-door video game designer Patrick, shared that sentiment even before Season 1 premiered, telling me, “I feel so excited to be a part of a show that could potentially be a great moment for the gay community, because it’s crazy how few shows there are where there are a lot of central gay characters. I feel really lucky to be a part of this specific show because I believe in it so much as a television show.”

So did series creator Michael Lannan. The screenwriter never believed his idea for “Looking” could be more than the images swirling around in his mind, and even when they did land on the screen, and Season 1 aired, and then the show got HBO’s go for a second season, “I don’t think I ever thought it was really happening.” 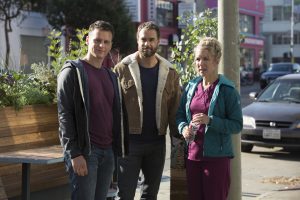 “We wanted to find some midpoint between resolving their stories and sending them off on their way for new adventures and leaving that door open,” Lannan explains. “It’s tricky to do both of those things.”

Lannan confirms that they’d already been plotting a third season just as HBO announced the show’s cancellation, optioning, instead to tie up loose ends with a feature film (and to finally offer closure to Patrick’s ongoing romantic drama). And so, though “we were heartbroken,” Lannan and the writers were forced to condense “stockpiled” storylines into an 86-minute movie.

Eddie, one of the show’s popular periphery characters, plays a pivotal role in Patrick’s life in the film. He was the first character with HIV in six years to be on scripted television, since a story arc on “ER,” according to GLAAD. Furthermore, his character represented what it means to be HIV-positive in 2016 and introduced PrEP to the TV landscape as he pursued a relationship with Agustin, who’s HIV-negative.

“Andrew told me, ‘Eddie will never get sick, that’s not what this is about,’” Franzese recalls. “Knowing that, I just kind of put it to the side and didn’t really think about the impact it might have. I was more happy and excited to be a larger guy, a man of stature, on a television show and shown in a sexual light and not as castrated comic relief.”

Franzese was only recently out when the show premiered. Now newly engaged, the 38-year-old acknowledges that “Looking” was “profound for me in a lot of ways.”

“I had just come out and this was my first job after that,” he recalls. “To not only be accepted for being gay but to be celebrated and to have it not be a big deal – like, it was cooler to be gay on that set – was so freeing and reaffirming.”

As advances for the queer community continue to progress, could “Looking” become an ongoing TV narrative where we check in with these characters every now and again? What will Patrick be like in 2026? What will we all be like then?

The thought has crossed Lannan’s mind.

“We’ve definitely talked about it,” he reveals, “and I think if the stars aligned we’d all love to do it again in the future. I think it depends on a lot of things, but I would say, none of us would count it out.”