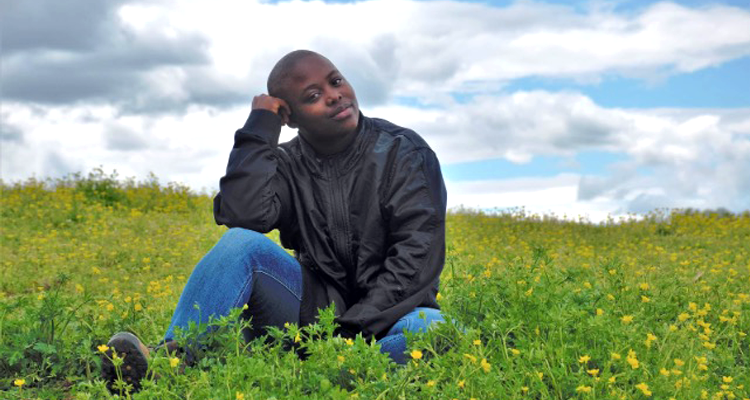 Love is Worth It: Poet Karen Wangare Leonard Explores Home, Family, and Self-love

“Look at me now. Alive and hopeful and queer and Black. Everything I barely dared to hope I would be, I have become. Don’t look away, it would be a shame to miss this state of being.”

Karen (Kae) Wangare Leonard is a Black, queer woman; a writer, an activist, an adoptee, and someone who is learning how to live as her most authentic self. Coming from a background of acceptance and rejections, living life moving from one place to the next, and experiencing profound love and heartbreak, Leonard is an ever-evolving woman who is trying to give and receive love to others and herself.

When asked what familial love meant to her, Leonard told Georgia Voice, “I feel like I’ve always just kind of been walking the line, and moving in what feels like more liminal spaces in search of belonging.” But that line is a tricky one to walk. Leonard loves her parents, she said, but at the same time, they were part of a religious community where she never felt welcome due to her sexuality. She felt a need to protect them when she was out in high school, in an attempt to avoid their facing any backlash for her identity. She loved living in Kenya again, but it was also a place where her existence is criminalized. She’s written about her relationship with the place that she calls home, wanting Kenya to accept her as she is:

“The onus is not on me to make our motherland safe for love.

And I want home to want me back.”

Excerpt from Kenya, Please Love Me Back

Leonard’s relationship with Kenya is not straightforward and far from simple. While she feels that — upon moving back to Kenya after elementary school — she was welcomed back despite not fully knowing the culture and language, there were also times of hostility and rejection. Kenya was where she was adopted by her parents whom she loves, but it’s also where she was first abandoned. She made friends and good memories there while simultaneously living on a compound where most people held conservative Christian views. Even though Leonard feels like she got a “pass” on being queer from other Kenyans because she was “one step removed,” the feelings of rejection still linger: “There was rejection, but on the flip side of that there was an acceptance that my other queer African friends didn’t get,” she said.

In recent years, since moving back to the U.S., Leonard has mostly been working on her writing and her relationship with herself and others. She has moved around quite a bit since her return, from Oregon to Virginia to D.C. — she’s hoping to go abroad for her degree soon — and has done a lot of profound writing. Leonard’s poetry explores her relationships with both Kenya and the U.S., processes her own struggles with mental illness, and creates a platform to advocate for the value of Black lives. In short, through her writing Leonard is able to show the world who she is.

In 2020, Leonard published her first poetry collection, “Lightning On My Fingertips.” In the book, she explores the meaning of “home,” discovering who she is, and the trauma that comes with being a transnational, transracial adoptee.

“In the past few years I’ve started to tap into the trauma of what adoption was,” Leonard said. This process of unpacking trauma is something many adopted individuals go through. Studies have shown that adopted children are almost twice as likely to be diagnosed with anxiety, depression, and behavioral issues than children raised by their biological families.

Struggling with her mental health is something Leonard has been very open about in her work. Leonard describes her daily routine of living with depression and OCD to be “one of the bravest things” that she does. She’s also struggled with a disability, caused by an accidentally self-inflicted wound that occurred during a mental health crisis.

Yet through all of this, Leonard has been passionately pursuing self-discovery and radically loving and accepting herself. Leonard has based some of this on her belief that all humans are deserving of some level of care, if not love. “If I can use my words and my story laid out to structure a more accurate picture that honors my own humanity, then I can’t count myself out of the thought that humans are deserving of love. So then when love comes, and people are giving me offerings of care and embrace, then I can’t truthfully say I don’t deserve it.”

And while the idea of finding romantic love in the future can be scary, because hurt occurs in tandem with it, Leonard wants to stay open to the idea that “love is worth it.”

A special thanks to Karen (Kae) Wangare Leonard for allowing us to use her work in this article. To read more of Leonard’s collection, visit her website at karenwangareleonard.com.