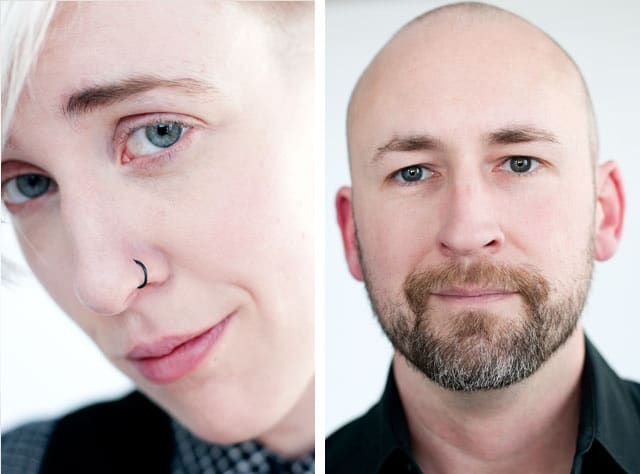 Every year the good folks over at Creative Loafing put out their Lust List featuring Atlanta’s most drool-worthy citizens, and every year they make sure not to forget those within the LGBT community.

They came through again this year with Frankie, a gender queer barber at The Shave Barbershop in Virginia Highlands, and Jason Meek, a gay photographer from JM Photographics/Jason Meek Photography.

“My real name is Carla, and that is my birth name,” Frankie tells Creative Loafing. “I changed my name because at the salon I used to work at before the Shave … another girl … worked there named Carla, and when you work at a salon you have to change your name. It was actually perfect for me. I was like, “absolutely.” I’ve never felt like Carla. That is my name, [and] there are people that still can’t call me Frankie, but I feel like I’m Frankie and I don’t feel like I’m Carla. So I would say that that is pretty big for me because it has really made me feel like myself. And I recently came out as gender queer, or as gender fluid, androgynous, about a year and some change ago. So it’s relatively new.”

And sorry ladies, Frankie is taken. But for all you guys out there, you’ll be glad to hear that Jason is single. But a tip: don’t do what this guy did.

“I’ve had some of the weirdest moments when people have come to hit on me on the job,” Jason says. “And I would say that’s probably the lamest come-on. … We were shooting and a client told me to get something out of his bag and I went over to his bag and I swear I’ve never seen so many condoms in my life. And of course I started laughing and he was like, “What’s so funny?” and I was like, ‘Nothing.’ And I just put it away and I think it pissed him off because I didn’t say anything. But in my head I was like, ‘Seriously, I don’t think I’ve gone through that many condoms in my life. What were you planning on doing, having a gang bang or something?’”