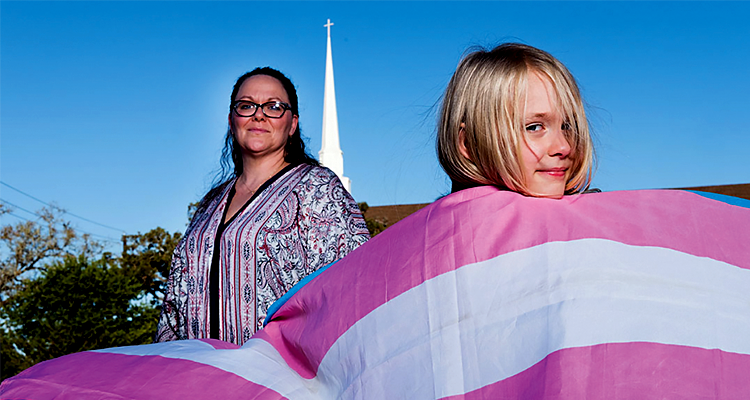 ‘Mama Bears’ and the Importance of Unconditional Love

Every year, the “Out On Film” film festival collects an array of movies created to detail and document the lives of gay and transgender individuals. One of the many incredible films featured this year is the documentary “Mama Bears,” directed by Emmy award winner Daresha Kyi. “Mama Bears” highlights the importance of love and family in the pursuit of growth and understanding. Detailing the stories of different Christian mothers, “Mama Bears” is a brutally honest documentary that depicts the road to learning about, accepting, and eventually advocating for your children.

“Mama Bears” is more than the title of this emotional documentary. It’s also the name of a cohort of Christian mothers with children within the LGBTQ community. This cohort began as a small group on Facebook in 2014 and since then has taken off. The founder of the group, Liz Dyer, “dream[ed] that she could start a private Facebook group for moms of LGBTQ kids and those moms would end up helping to make the world a kinder, safer, more loving place for all LGBTQ people to live,” according to the group’s website realmamabears.org. These Christian mothers who were willing to question and challenge the beliefs that were instilled in them are what inspired director Daresha Kyi to begin documenting this story.

“I read about these women who had made this radical transformation from conservative Christian to LGBTQ activists, and I was inspired,” Kyi told Georgia Voice. “I like to make films that are inspirational.”

Kyi is no stranger to the Mama Bears organization. Stepmother to a son who belongs to the LGBTQ community, Kyi told Georgia Voice that she joined the group because she witnessed “what can happen to someone whose parents don’t approve of them because of who they are.”

The documentary details the stories of three different mothers who have grown up in very religious Christian households and passed this religion on to their children. All three of their stories highlight their will to put their love for their children first to understand, help them become the best they can be, and advocate for their rights. Mothers Kimberly, Sara, and Tenita all have their own stories that involve changing their preconceived ideas for the betterment of their children.

Kimberly Shappley, the mother of a transgender daughter, wasn’t always the trailblazing advocate and activist she is today. Once her daughter began expressing that she was a girl, she wasn’t sure what to make of it. But once Kimberly’s daughter started talking about not wanting to be on Earth anymore, Shappley said she knew she had to choose between “a dead son [or] a living trans daughter.” This inspired her to examine her beliefs and science, and she said that “when you really get down to the truth of both, they actually don’t conflict.” The love Kimberly has for her daughter encouraged her to rethink her previous beliefs and formed Kimberly into an award-winning activist.

Sara, the mother of a gay son, was distraught when her son first discussed bringing a man home. She said she had to “reexamine everything that we believed, and why we believed it” and “needed to hear from someone that shared my faith, it’s okay to search this out.” After communicating with another mom, she was introduced to the Mama Bears Facebook group. This moment sparked her journey from a mother who disapproved of homosexuality to an advocate and supporter of LGBTQ individuals across the country. She took another step and created an organization known as “Free Mom Hugs,” whose mission is “empowering the world to celebrate the LGBTQIA+ community through visibility, education, and conversation,” according to its website freemomhugs.org.

Tenita is the mother of Tammi, a lesbian woman. Tenita and Tammi’s story contains multiple layers. We follow Tammi’s self-acceptance journey and her mother’s road to the beginning of understanding. Tenita still hasn’t entirely accepted Tammi’s sexuality. However, Tammi says, “I can see [my mother] changing. I still see her actions come back to a place of love and acceptance.”

The most important message this movie carries is the power of parents’ love and its ability to cause a transformation for even the most devout Christians.

“A lot of people are not willing to undergo that kind of radical transformation,” Kyi said, “so I find it inspiring that these women would do that out of love.”