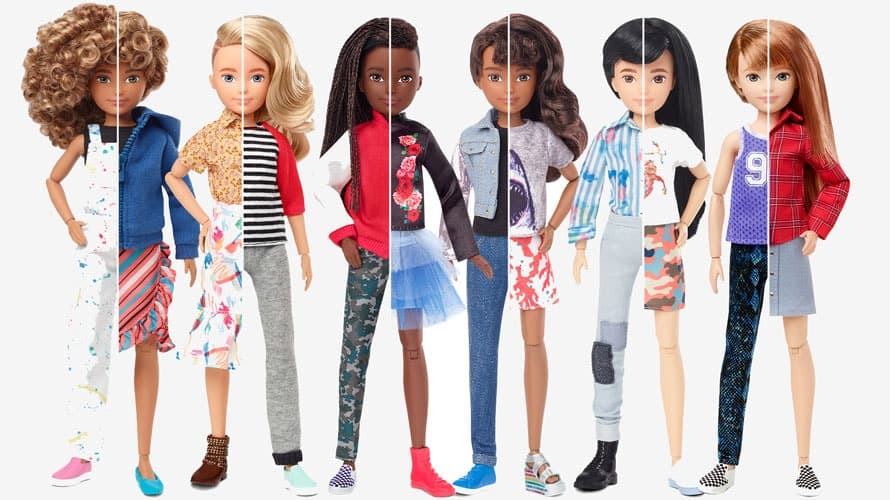 Mattel, the toy company behind the world-famous Barbie and Ken dolls, has launched its first line of “gender-inclusive dolls.”

The “Creatable World” line, released on Wednesday (September 25), includes a kit with a gender neutral doll (offered in a variety of skin tones), two interchangeable wigs with long and short hairstyles, and a variety of clothing options like skirts, jeans, jackets, flowery blouses, and athletic t-shirts. The pieces can be combined to create more than 100 unique looks.

In our world, dolls are as limitless as the kids who play with them. Introducing #CreatableWorld, a doll line designed to keep labels out and invite everyone in. #AllWelcome

“We never talked to a kid who didn’t flip from joy when they saw the doll,” Monica Dreger, Mattel’s vice president of global consumer insights, told The Washington Post. “[The doll] was relatable and self-expressive. Kids saw an open canvas and felt they were in charge of their play.”

When researching and creating the dolls, which took about two years, Dreger found that kids reacted negatively to labels.

“One of the things they pushed back on a lot was labeling,” she said. “It was this big, huge force, almost like, if you’re constricting them, they really pushed away. When you take away the labels, it becomes for everybody.” That’s why the slogan of the line is, “A doll line designed to keep labels out and invite everyone in.”

She also said that young boys who wanted dolls for Christmas, as well as transgender and gender-fluid kids, were now able to feel accepted.

“This is the first doll that you can find under the tree and see if for them because it can be for anyone,” Dreger said. “[The dolls aren’t] aspirational, it’s a way they can imagine themselves. A slightly cooler version of themselves.”

The Creatable World dolls are on sale now on Mattel’s website and at Target, Walmart, and Amazon. Each kit runs for about $30.