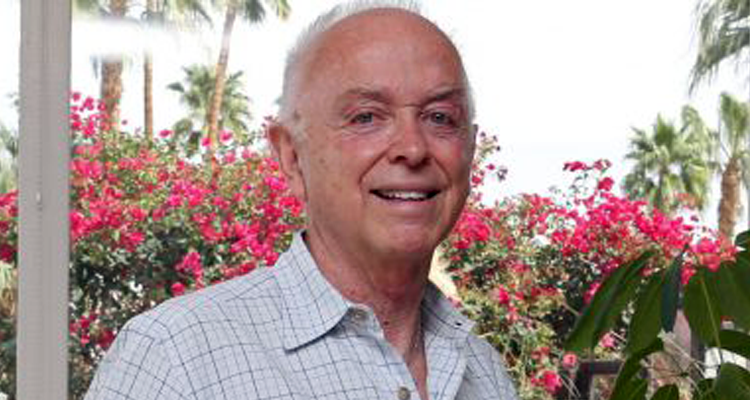 Stephen Lachs remembers the 1970s as being a particularly wonderful era in the history of the LGBTQ liberation movement.

Lachs, 83, was the first out LGBTQ person appointed to a judgeship in the United States. Tapped by then-Governor Jerry Brown, the Los Angeles County Superior Court commissioner was appointed in 1979 to sit as a judge on the county’s Superior Court.

Commissioners, Lachs explained, did essentially the same work as judges, but unlike judges, who were appointed or elected to the bench, commissioners had to be agreed upon by both parties in a case.

“Governor Brown had received a lot of support from the gay and lesbian community,” said Lachs in a recent phone interview. “During those first two terms he served, he sought the nomination for president, and the gay and lesbian community was very supportive and helped him” (Brown had run for the Democratic presidential nomination in 1976 and 1980).

But there had also been grumbling by members of the community that, despite having served a full term already, Brown hadn’t appointed anyone from the gay and lesbian community to anything.

“A lot of people in the community were upset with that,” Lachs said.

So, after looking for the right person, Brown decided upon the Superior Court commissioner from L.A. With four and half years of experience at the court already, and well established within the community not only socially, but also politically, Lachs got the nod.

It was a huge deal and was reported around the world, said Lachs, who still keeps a clipping from a Greek newspaper of the time covering the event. Wikipedia suggests he might have been the first openly gay judge serving anywhere in the world.

But despite the historic appointment, Lachs was really only one of hundreds of attorneys and, later, judges around the United States at the time who were fighting for change. The 1970s saw an explosion of political organization by nascent gay and lesbian groups, and the legal profession was very much at the center of much of that.

That period, to many of those who braved a society hostile to their kind, was “really a remarkable time,” as Lachs described it. “You were doing exciting things, meaningful things and, I don’t know, it just seemed like a wonderful, wonderful period.”

That era has been memorialized in “Memory Book,” a documentation of the people — men and women, gay, lesbian, bisexual, and trans — who fought for change in the 1970s. The book is part of a larger project titled Birds of a Feather, commemorating the 50th anniversary of the first forum on gay rights of the American Bar Association in 1972.

“The seventies saw the formation of the first gay law students associations,” writes “Memory Book” editor Thomas F. Coleman in the introduction. “The first few were formed in 1972 with others following as the decade progressed. The first forum on gay rights occurred in 1972 at an annual meeting of the American Bar Association, with positive position statements and committees on gay rights happening within the ABA in the next few years. Being an openly gay or lesbian law student or lawyer was not yet common at the ABA, but it was no longer a rarity.”

Nor was it easy. Coleman’s book, which he said he spent almost a year researching and compiling, details the achievements and struggles of hundreds of individuals from all over the country — although, notably, many of those celebrated are from Northern California, where, he pointed out, there exists much more documentation of their work thanks to the archives of the Bay Area Reporter, which was founded in 1971.

Coleman, a gay man, undertook the project, he said, when he realized the 50th anniversaries of a number of events — the formation of the first gay law association and the ABA’s forum on gay rights — were coming up.

The bigger question, of course, was who was going to do it?

“I’ve got the memory, the interest, the ability,” he said. And then he decided to broaden the project’s scope beyond 1972 to encompass the whole decade. It was, he said, “a breakthrough decade.”

Many present-day lawyers, as well as the public and the LGBTQ community, take for granted many of the rights we have now, Coleman said, and many of those rights were advanced in the 1970s.

“I think it’s important our history is documented,” Coleman said. “Especially to a large extent, including people who were still alive, who were participants, but also to tell the story of people who weren’t grabbing the headlines but whose actions really contributed to advancing the moment during what I call ‘the breakthrough decade.’”

Many of those who didn’t grab the headlines were working in places like Minnesota.

Steven Block, who was a founder of the groundbreaking Bay Area Lawyers for Individual Freedom in San Francisco in 1980, eventually moved to Minnesota, where he died from AIDS-related complications in 1984 just shy of his 34th birthday. During his short career, he represented clients for Gay Rights Advocates and did pro bono work for the American Civil Liberties Union.

“As a person and as a professor, Steven made a lasting impression on his colleagues and students,” wrote Coleman in Block’s biography. The University of Minnesota Law School annually awards the Steven M. Block Award for the “[m]ost outstanding paper or article by a graduating student in the area of civil rights and/or civil liberties.”

In Florida, in 1974, attorney Robert Eimers was summoned shortly after passing the state bar “for a special hearing by the Florida Board of Bar Examiners where he was asked if he was a homosexual. Robert answered affirmatively,” the biography states.

Such a procedure was unusual, Coleman noted in Eimers’ bio, but Eimers explained that “someone had written to the Florida Bar as an act of revenge because Robert would not perjure himself in a lawsuit.”

The U.S. Supreme Court weighed in, ruling that “an applicant’s admission of having a homosexual orientation, in and of itself, would not preclude admission to the bar. However, the court said that it was not ruling on what would happen if the applicant admitted to engaging in criminal sexual acts. Homosexual conduct between consenting adults in private was criminal in Florida. During the two years he was waiting for a decision in Florida, Robert was practicing law in Philadelphia,” according to the biography.

The ruling proved relief to LGBTQ law students in other parts of the country where the matter was still unsettled. Eimers died in 1999 in Florida.

Katharine English, a bisexual woman who was excommunicated from the Church of Jesus Christ of Latter-day Saints at age 18, attended Lewis & Clark College’s Northwestern School of Law in Portland. She graduated in 1978.

English “started her own law firm with her lover, Janet Metcalf, a well-respected lawyer who had clerked for the Oregon Supreme Court and the state Court of Appeals,” states her biography. “English and Metcalf are both distinguished lawyers who might have had their pick of work at downtown Portland’s large corporate law firms. Instead they opened their own office in a modest five-story, brick building in an older district near the Willamette River. Because of their legal skill and dedication to equal rights for lesbians and gay men seeking child custody, English & Metcalf was a success from the beginning.”

English told Coleman “that being a lesbian was partly responsible for the development of her interest in the law. She is the mother of two boys and her own child custody dispute prompted her involvement in gay rights and family law.”

As Coleman was working on “Memory Book,” he said he realized that the book needed one more element: everyone he was writing about from that era was white. As he researched, he said he was unable to find people of color who were doing similar work at the time. He asked a present-day law student, Maria Reyes Olmedo, to write a chapter (Olmedo was unavailable for comment for this story). The result is in the postscript: “The Emergence of Nonbinary, Transgender, and Students of Color as LGBT Activists.”

Thomas Horn, the publisher of the B.A.R. from 2004 to 2013, also has a chapter. A lawyer himself, Horn spent much of his practice in the 1970s representing gay clients.

“He defended men who were being separated from the military due to their sexual orientation,” Coleman wrote. “He also engaged in criminal defense, representing men who had been arrested for lewd conduct by undercover vice officers.”

“I represented a lot of gay service people, back in the day when they were still busting men for having indiscretions in the park, or entrapping people in public restrooms,” Horn told the B.A.R.

Horn did much more than that, however, both in his native New Mexico, where — still closeted — he advocated for gay rights and sexual civil liberties as legal director of that state’s ACLU. In that capacity, he challenged New Mexico’s sodomy law, and while the court declined to address the matter because it determined Horn’s client lacked standing to raise the issue, the dissent written in that case “was later cited favorably in judicial opinions in other states,” noted Coleman.

Horn, who moved to San Francisco in 1976, would eventually go on to become active in local politics, working with the likes of slain gay supervisor Harvey Milk, and was eventually one of the founders of BALIF. He also served as the attorney for the B.A.R. for many years.

“We learned early on we had to take care of ourselves,” he said. “Because the government wasn’t going to look out after us.”

But Horn looks back on that era with a great deal of pride.

“Memory Book” is just one of several events and projects to commemorate the 50th anniversary of the year the American Bar Association held its first forum on gay rights at an annual conference, in addition to the formation of the nation’s first gay legal organization, the Gay Legal Caucus of the Gay Activists Alliance, an association of New York lawyers, law students, and legal workers; and the founding of Lambda Legal Defense and Education Fund. For more information about the observation, go to lgbtlegalhistory.com.

On October 11, which is National Coming Out Day, a webinar produced by Spectrum Institute and hosted by the Williams Institute, an LGBTQ think tank at UCLA School of Law, will discuss the emergence of gay law student organizations in the 1970s. Several trailblazers from that era will make video presentations and be present for the Q&A session. A law student will make a presentation on how and when out transgender, nonbinary, and law students of color eventually emerged as advocates for LGBTQ rights. Those who attend the webinar will receive a complimentary .pdf copy of the “Memory Book.” To register for the free webinar, which starts at noon Pacific time, click here.

In addition, numerous videos of interviews with some of the living trailblazers will be released on YouTube and through social media during LGBTQ History Month beginning October 12. For more about those videos, go to lgbtlegalhistory.com/videos.html.

Eric Burkett is an assistant editor at the Bay Area Reporter.