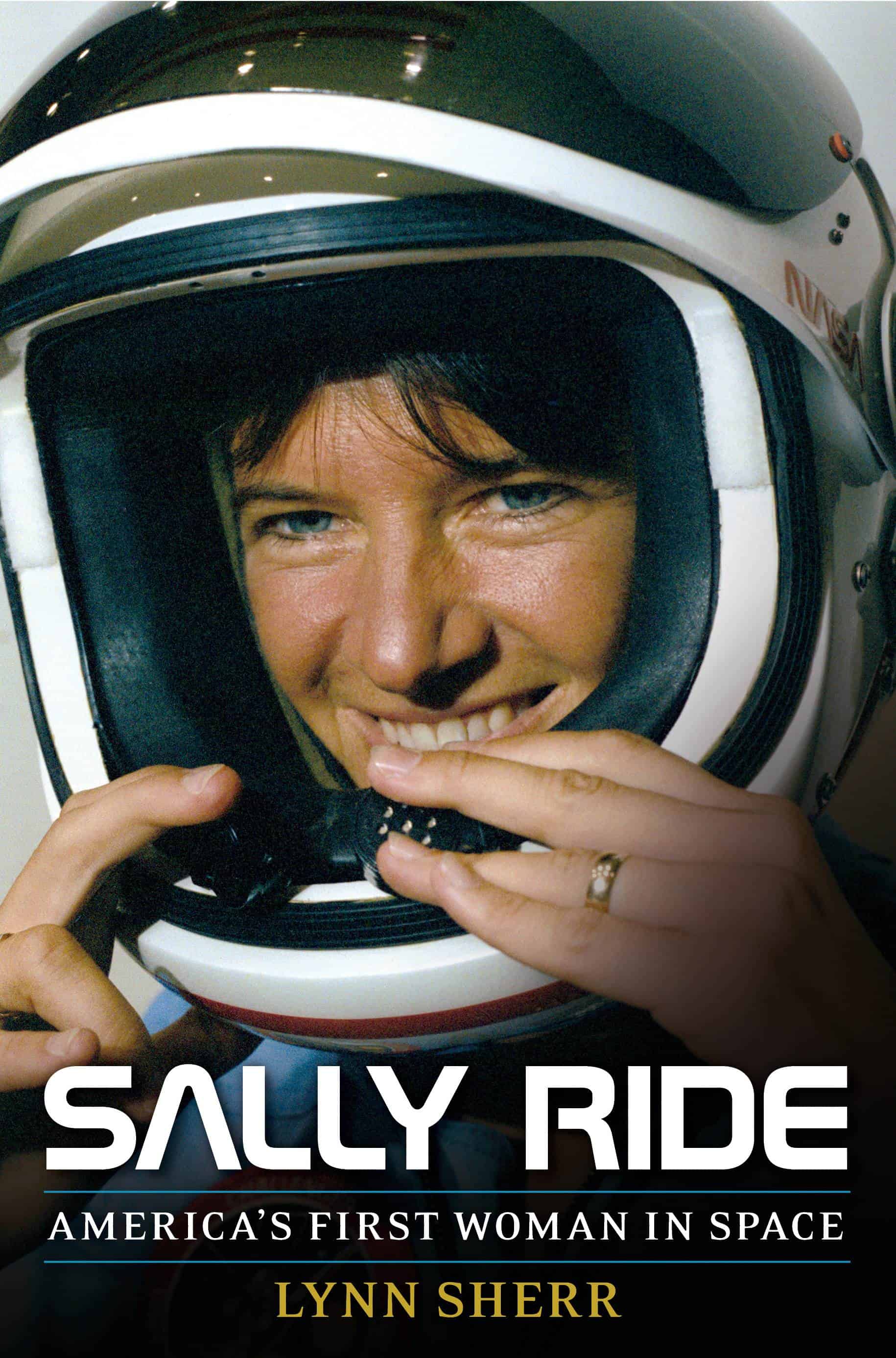 And the cow jumped over the moon.

You spent many years wondering if that were possible, although countless nursery rhyme books said it was so. Yes, a human could surely go there, but a bovine?

Eventually, you learned the truth: men and women can overcome gravity, but cows stay grounded. And in the new book “Sally Ride: America ’s First Woman in Space” by Lynn Sherr, you’ll learn some truths that weren’t so widely known.

Born at the end of May 1951, at a time when girls were usually directed toward domestic interests, Sally Ride was raised in a California household that was supportive of off-the-beaten-path lives. The Ride girls (Sally had a younger sister) never heard “I love you,” but they were encouraged to hap- pily find their own interests.

In this atmosphere, strong-willed Ride grew to desire what was then considered to be a boy’s interest: she would “devote” herself to science. It was tennis, however, that took her to college  in Philadelphia—her game was near pro quality, though she knew she lacked the discipline needed to play professionally. With that in mind, Ride headed back west and enrolled at Stanford, where she majored in physics.

It was there that she fell in love, and then fell in love again when the first relationship fizzled due to distance. It was also at Stanford where Ride, who had always assumed that NASA would forever be off-limits to her, first learned that America ’s space program was recruiting women.

She applied. A few months later, she interviewed and tested and, after training and training, was ultimately, famously chosen to be the first American woman in space. Ride’s life as she knew it had changed forever.

But what about the people who were close to Ride? Author Lynn Sherr believed that she was; she and Ride had been friends for years. Just days after Ride’s death, though, Sherr and the world learned that Ride had hidden a major part of herself by keeping secret a committed 27-year same- sex relationship.

In her introduction to “Sally Ride: America ’s First Woman in Space,” Sherr explains how this book came about: her years of knowing (but not-quite- knowing) Sally Ride and the shock of learning a “private” truth. She also writes about the cultural atmosphere in which Ride accomplished her greatest dream, the space program and NASA, and the additional issues to which Ride devoted her life.

Sherr also gives readers a good sense of Ride as a person, rather than the heroine that history tends to offer. For that, I was glad. It’s always nice to perceive those we hold in esteem as human, so reading of Ride’s overwhelmingly by-the-book, reticent nature was welcome, almost comforting.

This is a personable book that doesn’t seem quite as shocking as I’m sure it might have been once—but it’s still enjoyable and, for followers of the space program, LGBT issues, and dreamers alike, it’s a must-read. For you, “Sally Ride: America ’s First Woman in Space” will send you over the moon.