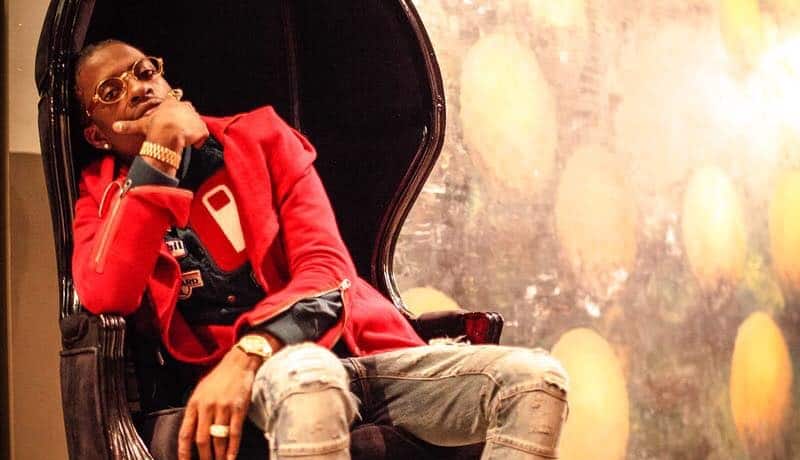 Homophobia in hip-hop isn’t a new concept by any means, but the most overt forms of it, like using homophobic slurs in lyrics or during a show, are less common than they used to be. That’s why it stands out when someone does so nowadays, and grabs our attention even more when it’s a rapper from Atlanta.

Enter Rich Homie Quan, best known for his 2013 hit “Type of Way” (120 million views on YouTube), which led the New York Times to call him “part of Atlanta’s rising generation of rappers — think Future, Young Thug, Young Scooter — who deliver lines with melody and heart, like singers on the verge of a breakdown.”

The description appeared to be proved accurate as Quan had a bit of a breakdown at his show in Tallahassee on Wednesday night after a male member of the audience apparently reached out to touch him.

“Get your gay ass away from me,” he says according to video of the incident obtained by TMZ. “I don’t fuck with no fucking fags! Looking’ like Young Thug … get the fuck away from me.”

Thug recently shrugged off gay rumors caused by his occasionally flamboyant fashion choices and by captioning an Instagram picture of him and another man with “My bay!” He responded about the Rich Homie Quan incident on Twitter.

He didn't mean to say that, uma give em a pass!!

Meanwhile, Thug’s got a new high profile fan—part-time Atlantan, full-time gay Elton John, who raved about Thug’s latest record and fashion sense in a recent interview with Noisey. So I think Young Thug will be just fine.

Here’s the NSFW video of the Rich Homie Quan incident below.