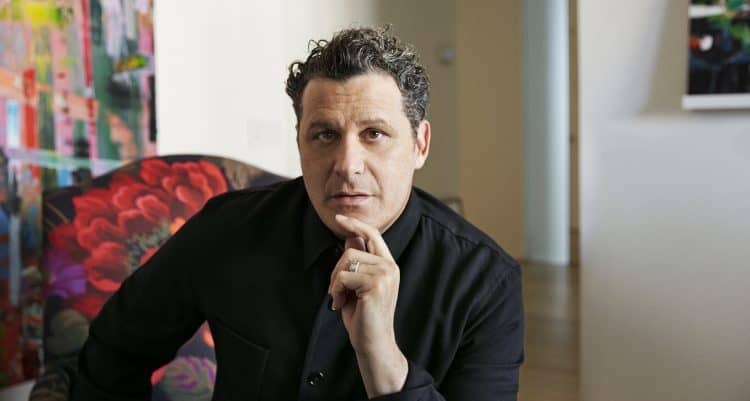 Isaac Mizrahi is already a household name in the fashion industry, but now, he’s looking to make a name for himself on the stage.

His alt.cabaret — a subgenre of unrestrained cabaret with more of a message — show, “Does This Song Make Me Look Fat?,” comes to City Winery at Ponce City Market later this month.

“The traditional cabaret … is like a musical performance with a bit of patter. This show is exactly that, except it’s not a bit of patter. It’s a lot of patter,” Mizrahi told Georgia Voice. “It’s kind of like acknowledgment of what’s going on in the room. I really do like to respond to what I’m feeling in a crowd as opposed to just setting up stuff to say. I’m prepared and I have material that needs to happen, but I also like to respond to the place I am.”

Mizrahi first flirted with the cabaret stage in the late 1990s, when he performed in several New York venues and did a one-man off-Broadway show. Those received rave reviews, and a couple of years ago, he was approached to go on the road.

“Each song has a whole different character every time we do it, because it’s live,” Mizrahi said. “It’s an adult content show. There’s no nudity; more profanity than you can imagine, and its subject matter — we talk about prescription drugs and genitals and things.”

The designer says he’s been complimented on his singing chops, but advises he’s no Ariana Grande. He also wouldn’t reveal too much about the numbers — “You’ll have to come see it,” Mizrahi said.

Mizrahi wanted to bring the show to City Winery because he feels Atlanta will be receptive to the show.

“Not every city has a room that is conducive to this kind of thing. It’s kind of a classy place I would love to appear,” he said.

“Does This Song Make Me Look Fat?” started its alt.cabaret tour at the Café Carlyle in New York earlier this year. That version of the show was well-received by Vogue, which reviewed it in the middle of New York Fashion Week.

“He was jazzed to be there, his voice was solid and it seemed as if he’d really been practicing. The last note hit, and the crowd applauded loudly while he took a seat to pontificate on the various modes of fat shaming,” Vogue’s Brooke Bobb wrote of one of the songs. “The anecdotes from his colorful past were by far the highlights of the show, so much so that one was left wanting more gossip from him. Perhaps his next one-man gig should revolve solely around shit-talking.”

Meant for the stage

“Way before I started making clothes, I was this kind of actor-slash-entertainer as a tiny kid. I used to do these female impersonations, which didn’t go over so well with my family, but it’s what I did. I did Judy Garland and Barbara Streisand at 10 years old,” Mizrahi said. “It was a big mainstay of my life.”

In fact, it was this amateur theater that got Mizrahi involved in fashion to begin with. He started making puppets, so he started sewing.
“There were these elaborate shows I wrote. It’s really show business that brought me to clothing,” he said.

When it comes to fashion for the cabaret show, he did reveal that a tuxedo, of all things, is a main character.

“A big part of this show is the tuxedo I wear that I actually fit into. … I don’t want to talk about it too much, because it’s part of the story of the show, like how long ago I got it,” he said. “It’s beautiful.”