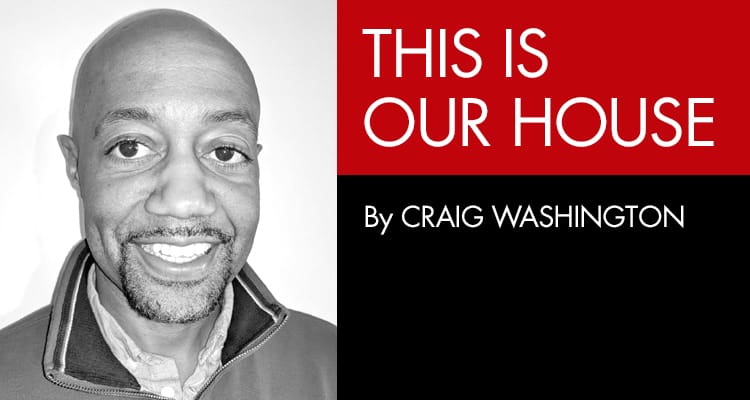 Craig Washington: A reflection on Aretha

I am a child of the late 60s and early 70s. My people’s ongoing struggle for liberation was catapulted straight into the nation’s living room through newspaper headlines and evening-television bulletins. In homes throughout Black America, the artists were considered no less essential to our uplift than activists, pastors and teachers. There was a fervent dialectic between artist and community that fi t those demanding times.

By 1967, as her second Atlantic album title pronounced, Aretha Franklin had arrived achieving international fame. That summer would be coined by Ebony Magazine as the “the summer of ‘Retha, Rap and Revolt.”

The newly crowned Queen of Soul delivered hit after hit that resonated deeply with Black people, speaking directly to the collective by voicing our demands and desires. Some registered as subversive anthems (“Respect,” “Think”) that challenged inequalities of gender and race within and beyond the contexts of romantic relationships. In our home, she was an abiding presence, usually referred to by first name like a next-door neighbor. While listening to Aretha, my mother would affirm a line, “His name is Doctor Feelgood in the morning” with spirited cheers like, “Tell ‘em, Ree” and, “You better sing, girl!” I loved witnessing the impromptu rituals in which Ma joined the visiting sisters adding spoken word to the call-and-response chorus. I marveled at the bonding language with which these women shared testimony across boundaries of space and time to recount universal narratives of love, lust, loss and redemption.

Aretha’s singing reached inside my being like a presence that recognized me and articulated all that my tangled soul could not express. Like many queer little boys betrayed by adolescence, I was lonely and terrifi ed. When she closed her eyes, reared her head back and soared, I would be lifted high above my constrictions. As I matured, I came to understand the lessons in those lyrics and the immense feeling she embedded in them.

As an HIV-positive older Black gay man, I count such icons as jewels in the paid-for crown James Baldwin claimed I have only to wear on my head. Above all of them, I chose Aretha as my principal muse. Twenty years ago, I named my first HIV prevention program after her house classic remake “Deeper Love.” The name expressed what I wanted Black gay men to rediscover and celebrate in congregation.

Last year, she announced her semi-retirement and plans to open a nightclub in her Detroit hometown. The reports about her health issues worry me and I pray that she is enjoying her own life. Through the loss of my mother, who loved her madly, and all the tribulations this life brings, Aretha has been by my side step by step. As “Bridge Over Troubled Water” opens, her backup singers harken, “Don’t trouble the water” and she complies, “I won’t.” Toward the song’s end, in response to the repeated plea, she reminds her good sisters, “Said I wouldn’t!” Thank you, Aretha, for keeping your promise.