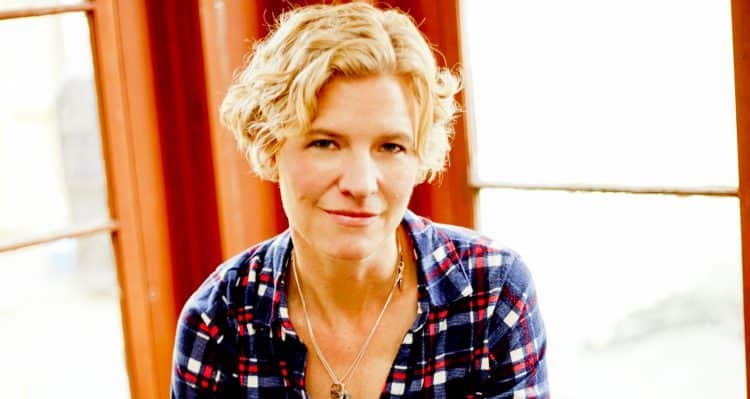 New England native Catie Curtis, dubbed a “folk-rock goddess” by The New Yorker, embarked on her last tour in January. She’s bringing her new album, “While We’re Here,” to Eddie’s Attic in Decatur this weekend, a fitting culmination to a music career that spanned more than 25 years and included songs in shows like “Dawson’s Creek” and “Chicago Hope.” Georgia Voice sat down with Curtis this week to hear a little more about the album, “The Final Outing” tour and what’s next for the singer.

Why did you choose to include the Atlanta area in “The Final Outing” tour?

I’ve been to Eddie’s Attic a bazillion times, but this will be my last. … I just feel like Decatur has a great feel to it. The amount of legendary peroformers and magical performances that have taken place on that stage, it’s infinite, practically. When you stand on the stage and play, you feel everybody is in this experience together and they’re all transported to “Eddie’s Attic Land.” There’s a pretty good community around. It seems like when you think about the impact the Indigo Girls have had on American roots and folk music, and the way that they’ve represented women and lesbians, I feel like theres some vibe of women really appreciating other women playing music.

What made you decide this is your final tour?

It just boils down to not wanting to be away from home anymore. I’ve spent 25 years making my living on the road and that’s a lot of packing suitcases and not being there for important life events with my family. I’m ready to just be home and stay home. I’m still going to do creative projects and I may do more of my songwriters retreats and teaching, and all kinds of musical endeavors, but I’m not going to be touring.

You seem really passionate about the retreats and other creative endeavors, not just your music.

I feel like having a creative outlet is really central to emotional well-being. It doesn’t matter if you’re a musician or if you want to pursue playing an instrument or things like that. I think everybody, absolutely everybody, has the potential to be creative with words and images. That’s where my passion is: helping people to explore their own creativity and experience what it feels like when they make stuff up. I have a Facebook page that’s called, it’s a private [group] — people can just ask to join it — called the “Make Stuff Up Club.” Every Wednesday, Friday and Sunday I put up a writing prompt. That’s been really cool and it’s created a little sense of community.

What was it that drew you to folk music?

In New England where I have always lived, there’s a really strong non-commercial singer-songwriter scene. It’s labeled folk music, which doesn’t necessarily describe how it sounds, but there’s a way to have a whole career in folk music and not intersect very much with the mainstream music industry and to me, that’s a great thing.

What are some of your favorite tracks on the new album?

The title track [“While We’re Here”] really speaks to where I’m at right now; to not live in fear, but to be really present in your life. That’s why we’re here. “My Betraying Heart” I think was a challenging song to write because it’s about a breakup from the point of view of the person doing the breakup, which I think it’s rare to take it from that angle. Oftentimes breakup songs are about the person left behind. I wrote it with Maia Sharp and we wanted to write about the perosn who’s delivering the bad news. I think that’s a powerful song. There’s two songs about dying. One of them is from the point of view of a widow and that’s “Don’t Belong to this World.” … I feel like that’s a song that has some resonance. Then lastly, I think “You Are Loved,” which is one of the uptempo songs on the record, … I really like where we took that song, trying to show how we’re all human and despite our mistakes we all are deserving of love.