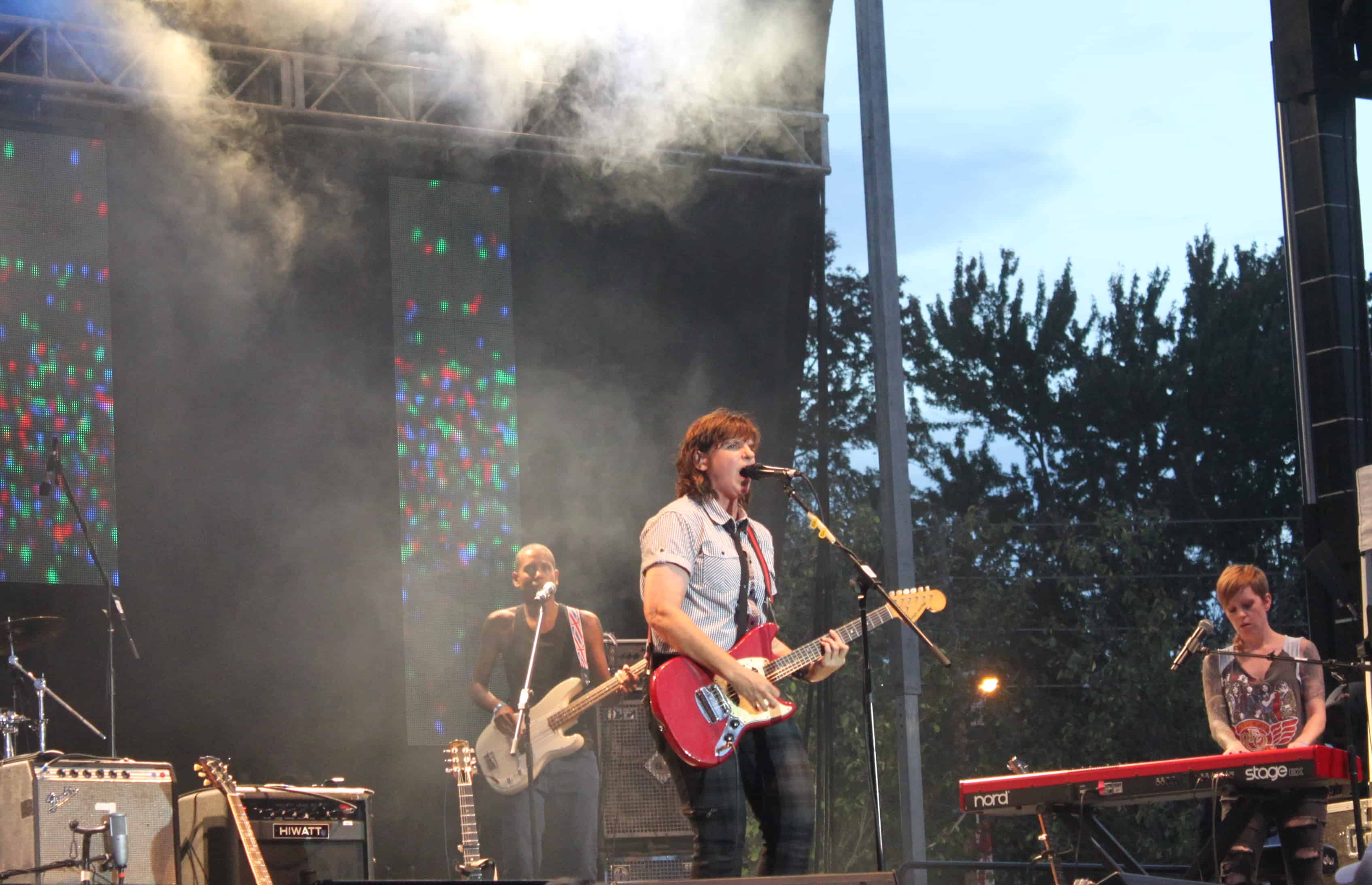 Love her ‘Tender’ — an interview with Amy Ray

Indigo Girl Amy Ray’s fifth solo studio album “Goodnight Tender” fulfills a promise Ray has been hinting at throughout her music career. A country record through and through, the traditional sounds on “Goodnight Tender” have a history of popping up on the Georgia native’s recordings, either on her own or with fellow Indigo Girl Emily Saliers.

Gregg Shapiro: Amy, how long have you wanted to record a country album such as “Goodnight Tender”?
Amy Ray: About 10 years, maybe a little longer. About 10 years ago I started writing songs and putting them in a pile and filing them away in my mind, (thinking) “When I get enough songs and when I’m ready to do this, I’m going to make a traditional country record.” Over the years, as I’ve made my other solo records, sometimes I’ve thrown the more rockabilly/mandolin/fast songs on the punk or rock records. I didn’t have the amount of songs or content that I wanted.

So, did any of these songs start out in a different musical genre and you realized that they were better suited for country arrangements or were they all written specifically in the country style?
“Hunter’s Prayer” is the main one that went through that. It changed drastically. It was more of a folk song; even the chord arrangement was different. I tried it that way, I even tried suggesting it for Indigo Girls, but it just wasn’t working. So I bagged it for a few years. I was working on something, some other song, and I just started singing the lyrics to “Hunter’s Prayer” to a different chord progression and I was like, “Ah! This is supposed to be a country song” [laughs]. Other than that, the other stuff I pretty much knew as I was writing it, I was sure of what the genre was.

Who would you cite as your greatest influences in country music?
From the earliest time, Townes Van Zandt and Steve Earle are two writers I took inspiration from. Even for songs I was writing for Indigo Girls. As far as strictly traditional country artists―Hank Williams and George Jones and Patsy Cline and Dolly Parton and Merle Haggard; all the greats. I like that era from the Carter Family, gospel mountain music, a whole lot. To me, they’re the parents of folk music.

(Ethnomusicologist) Alan Lomax’s recordings played a big part when I was writing a song such as “Johnny Rottentail” and more of the storytelling kinds of songs. As far as production goes, the earlier 1950s stuff, (such as) Lefty Frizzell. I like (it) heavy on the pedal steel, and the drums to not be the center focus of the project, but still have the groove.

Where does Duane Allman, who is feted in the song “Duane Allman” on “Goodnight Tender,” figure into your influences?
[Laughs] Southern rock was the earliest thing I listened to as a kid. It had its roots in some country. That’s something I was brought up on―the Allman Brothers and Lynyrd Skynyrd―that was in my house. Allman Brothers were one of my favorite bands from second grade on. My sister, who’s five years older than me, definitely influenced that. I’d listen to her records and she had a lot of Allman Brothers. We listened to Marshall Tucker and Charlie Daniels Band [laughs]. That’s what a lot of people were listening to when I was in high school in the south.

But the Allman Brothers have stayed a favorite for me. There are some old records that I go back to and listen to all the time for pleasure. Not for songwriting tips or anything like that. To me, their music is more about the melodic sense between the instruments and the vibe; the passion of it. That’s culturally how I understand it.

Attitudes continue to evolve in Nashville, albeit slowly. What would it mean to you to have this album embraced by the Nashville music community?
It would be huge. But that would mean something bigger than me. (Lesbian country artist) Brandy Clark is being embraced. Kacey Musgraves has that “Follow Your Arrow” song that was embraced. It might be slightly different for someone such as me to be embraced because I’m so obviously left-of-center and gay and out and political and masculine and all that. It’d be a pretty big deal [laughs] on another level, but I would love that. But I don’t have any expectations in that arena whatsoever.

I spend more time in Nashville than I used to. I have a lot of friends there. I would say that over the years I’ve noticed discernible changes in the culture there. It used to be, 12 years ago, if I played in Nashville, there were always derogatory remarks from the bartenders and even the club-owners. It was hard. I had a hard time and I was always surprised by it. That was when I first started touring solo and I have seen a noticeable difference. The contrast is stark. The last time I played there, people and the club-owner were super-friendly and I had a big crowd. I didn’t expect to have a crowd at all. And I was with The Butchies. It wasn’t like I had toned it down at all or anything [laughs]. I would at least like to make inroads in the Americana scene. I have a lot of friends in that scene. To break into any scene at this age is very hard. I just have to put the music out there and hope that it finds its way.

Over the course of your four solo albums, you have touched on genres ranging from punk rock to riot grrrl to R&B, to mention a few. Are there other musical genres in which you would like to work on future solo releases?
Nothing radical. I probably wouldn’t try to do a soul or hip-hop record or something that would be a little bit co-opting [laughs]. I’d probably like to explore country a little more and do some country-punk, like Waco Brothers, with more of that punky side. I didn’t have it in me for this record. I just wanted to do something with an easy feeling to it. You could drive down the road to it and nothing was going to shake you up too much.