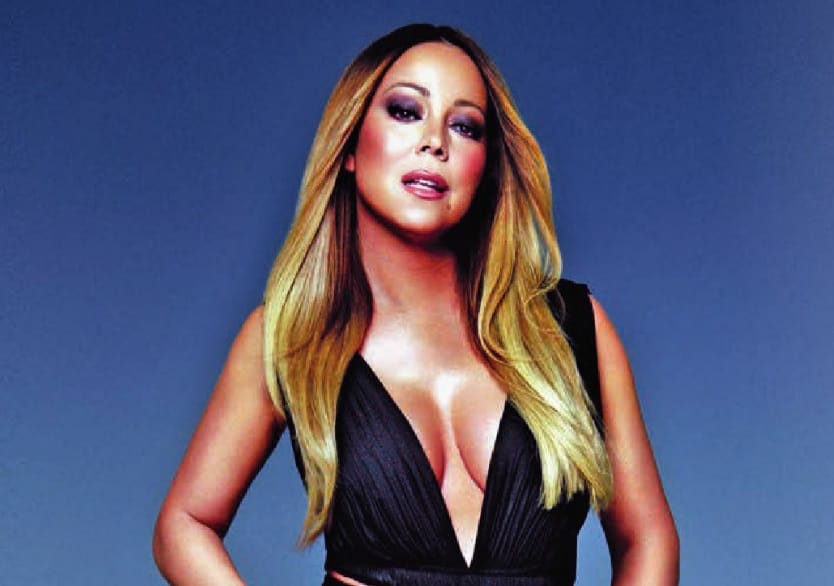 Mariah Carey, 25 years in and thriving

I told my mom I interviewed Mariah Carey and she cried. “I know how much this means to you,” she said, verklempt.

She knows Mariah saved my life. I was 10 and confused and gay when I first heard her voice. It was one of those meant-to-be moments: A friend eagerly, and thankfully, played me the cassette single of “Emotions.” That voice, all seven octaves, captivated me, changed me. Years later, when I heard the curly-haired, hand-wavey songstress singing pick-me-ups like “Hero,” “Make It Happen” and “Can’t Take That Away (Mariah’s Theme),” I was lifted beyond those signature high notes.

Nearly 25 years after first hearing her voice on cassette, my phone rings. It’s Mariah Carey, the sales-crushing icon with a whopping 18 No. 1 singles, the five-time Grammy winner, my childhood lifeline, our ally. We talk about Vegas, where she’s wrapping up a headlining spot at The Colosseum at Caesars Palace, as well as what 1990 Mariah would think of 2016 Mariah, plus what she thinks of the passing this year of so many music greats.

You’ve been a lifeline for many of your LGBT fans, including myself, because you’ve showed us that even an outsider can find his or her place. When was the first time in your life you were exactly the person you wanted to be?

Wow. The first time I can think of, and this is a great thing that actually incorporated work and fun and being free and music, was when I made the video for “Honey” (in 1997), and I went swimming in the shoes. It was just… I always wanted to have the freedom to be myself and I wasn’t in a situation where that was OK; I wasn’t allowed to because of that, uhh, first relationship (to ex-husband and then-Sony Music head Tommy Mottola). I had to overcome a lot to get through that, but that video – prior to that, I always had to settle for less than I wanted to be, and I wasn’t allowed to be who I was. And it really took a lot of courage. It wasn’t just like, “I’m gonna make a video.” It was, “I am moving on with my life, and I have to for my own self because I’m trapped in a situation.”

I know what you’re saying – I’ve been there. I mean, I’ve not made a music video…

(Laughs) Treat the music video as “I had a great time somewhere!” But it included me doing work and making a video, which for me, that’s not really work if it’s fun. And then also just all the elements that I love: the beach, the water, the freedom, the whole narrative of the thing. But yeah, it took a while to get there.

You’re doing some of your earliest songs during your Vegas residency. How has your voice and your approach to singing these songs, some of which are over 20 years old, changed?

You know what, certain days I’m like, “Oh, this is a really good day for me; I had a lot of vocal rest today and blah, blah, blah,” and some days for me I have to be a little bit more experimental and play around on stage because maybe it’s not as strong for that minute. Really, I just think I’ve become more confident and more experimental in a good way, if you know what I mean, in using different parts of my voice and things. I always did it, but I was more “stick to the script” and “don’t go off on a tangent.” You know, I think that people kind of like the tangents that I have! (Laughs) Singing tangents. Breaking a high heel on stage tangents; whatever the case may be.

You in your lingerie making pizza tangents – all of it.

(Laughs uproariously) It was real! That’s what I walk around in! I barely own any clothes! All I have is friggin’ lingerie.

(Ponders; tongue sputters) Ah, I don’t knoooow! I was such a kid, just in over my head, but I knew that I was gonna do this for my life and soooo: I probably would’ve been like, “Who does your hair and makeup?” (Laughs) ’Cause they had me with some people who didn’t know what they were doing and I knew it wasn’t really good and I’d just be like, “Who does your lighting, hair and makeup?” is what I’d ask her.

They liked to put you in a lot of black.

They _diiiiid_. It was just like, ahhh, such a long story. You don’t even wanna know.

We’ve seen a lot of greats pass away in the last several years: Prince, Whitney and David Bowie. In what ways do their untimely deaths have you reflecting on your own legacy and what you want that to be?

It’s really interesting: I loved Prince and I still do. I love his music, and I’ll always have it, and I grew up listening to Prince, ya know what I mean? I was lucky enough to get to know him, but before I knew him I was listening to his music as an adolescent, as a kid, so his passing was very… I really felt like he was one of those people who would be around for a really long time because he just was kind of ageless in a lot of ways.

But in terms of me reflecting on my legacy? I’m not at that place right now. I’m still very much doing fun, creative things that, you know, I don’t want to go into a long, drawn out thing about, but a lot of different projects. Some movie things. I’m getting ready to go back in the studio really soon, and obviously I’m doing this residency in Vegas. It’s really fun, but I’m not trapped there. I can do other things. We just got back from the European tour, which was amazing audiences, and then we went to Africa, so it’s like, all that stuff is great.

But what do I think my legacy will be? It’s really hard for me to answer that. I just hope the fans who’ve been so supportive of me throughout my whole career will have my music and it’ll make a difference in people’s lives as you told me it did for you, which is amazing, because not everyone knows songs like “Outside” or “Looking In” or “Close My Eyes.”

“I was a wayward child”… trust me, I know those words by heart.

Trust me, I do too. “…with the weight of the world that I held deep inside.”

Is the weight lifted?

You know what – is the weight lifted? Ahhh, I think that it’s different now. It’s just different. … I don’t want that to be misinterpreted; I don’t want you to misinterpret that. I just mean like, in a lot of ways there are other things that are the “weight of the world” to me. Like my life now, I have other responsibilities. I was really writing that about the child version of me; I really did have the weight of the world on my shoulders as a kid, that’s how deep it felt for me.

After this interview was conducted, the E! network announced that Carey will star in a “docu-series” called “Mariah’s World,” which follows the life of the singer as she begins her The Sweet Sweet Fantasy Tour around Europe and plans to get married. The show premieres December 4, 2016.