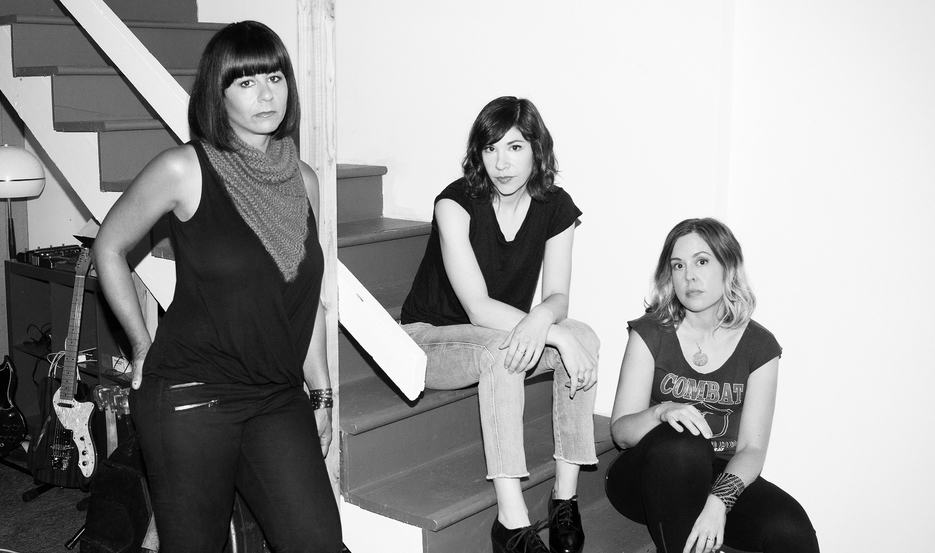 Music: Sleater-Kinney’s ‘No Cities to Love’ a new call of duty

Some called it the musical shot heard around the world. They called it an “indefinite hiatus.” In 2006 after a 12-year run, Sleater-Kinney, hailed as one of America’s best rock bands by Time magazine, decided to take a break. While some tried, no other band could quite fill the void they left. Now, nearly 10 years later, the band has reemerged with a new album, “No Cities to Love,” a tour and a new call of duty.

The band begins its tour in February, and makes its way to Atlanta to the Tabernacle on April 21.

To understand why the band’s return is so monumental, you have to understand who Sleater-Kinney is and what they represented. Born out of the “riot grrrl” punk movement in the 1990s, Sleater-Kinney’s music was part of a movement that wanted to start a revolution. They were women speaking to women who felt pushed aside. Through their music, Sleater-Kinney gave a voice to those on the outside, the queers and the marginalized. The audacity of their lyrics dared the marginalized to dissent and fight back. They were women who boys respected, too. They made young feminists true believers in the idea that music could change the world.

Singers/guitarists Carrie Brownstein and Corin Tucker and drummer Janet Weiss continued to find their sound and voice in the post-punk era. The band released seven successful albums, including “Dig Me Out” and “All Hands On the Bad One.” The band’s explosive lyrics were political but poetic, tackling everything from sex and love to patriarchy and capitalism.

“The Woods,” the last recorded album before their hiatus, was coined “a masterpiece” by Entertainment Weekly. Their early music solidified their image as great musicians and feminist icons, but after the release of “The Woods,” it was clear they were also music revolutionaries. It was then, at the height of their success, that Sleater-Kinney decided to take a break.

While Sleater-Kinney was on hiatus, the dynamic trio that made up the band was definitely not taking a break. Tucker, a mother of two, released two solo projects. Brownstein and Janet Weiss formed a new band, called Wildflag. Weiss also recorded and toured with Quasi, as well as Stephen Malkmus & the Jicks. Brownstein decided to take a stab at television and co-created “Portlandia,” the hit Independent Film Channel sketch-comedy show in which Brownstein stars with “Saturday Night Live” alumnus Fred Armisen.

Now, Sleater-Kinney is back to claim its title as America’s favorite rock band.

“No Cities to Love,” produced by John Goodmanson, in its execution is bold, gritty and persuasive. Easily a “Best Album of the Year” contender, the band’s eighth album evokes a beautiful power that only Sleater-Kinney can execute.

“We sound possessed on these songs,” says Brownstein in a press release, “willing it all—the entire weight of the band and what it means to us—back into existence.”

“Price Tag,” the album’s first song, seems to be a rebuke of consumerism. “We never checked the price tag/When the cost comes in, it’s gonna be high.”

The song “Hey Darling” alleges that “fame’s mediocrity” is destroying it. And the attention-grabbing guitar riff in “Surface Envy” is the perfect catalyst to the powerful lyrics, “We win, we lose/Only together do we break the rules.”

Never losing sight of their roots, some of the lyrics in “No Cities” read more like manifestos, but Sleater-Kinney has matured, and so has its sound.

Brownstein and Tucker’s voices seem more textured and Weiss’ beats are sharp and intoxicating. The band members have never seemed so confident and comfortable in their own skins. Sleater-Kinney’s debut album will pass its 20th anniversary this year, reminding us of their career of breaking the rules. Although, one could argue, they were the ones who made the rules.

“No Cites to Love” is out now on Sub Pop Records, and on Feb. 8 the band will embark on its first tour in almost nine years in Spokane, Washington. In Atlanta, Sleater-Kinney will play at the Tabernacle on April 21; tickets are available at tabernacle.com.

Check out their star-studded video for “No Cities to Love.”

And the band’s recent appearance on “The David Letterman Show.”