Actress, dancer and performer Kat Graham has been in the spotlight since age 6. She stars in the CW show “The Vampire Diaries,” and her new EP, “Against the Wall,” is available on iTunes, featuring the single “Wanna Say.” She has described her musical style as “vintage ‘90s with a twist.”

Justin Utley performs his alternative country rock at Pride festivals around the world, and won “Best Folk/Country Song of the Year” in the 2010 OUTMusic Awards. His latest album is “Nothing This Real.” 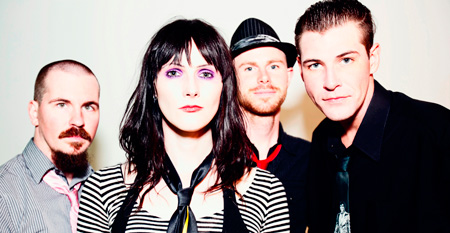 The Sexual Side Effects
3:30 p.m.
www.thesexualsideeffects.com

Led by charismatic trans frontwoman Amber Taylor, winner of Best Musician in the 2012 GA Voice Best of Atlanta awards, the Sexual Side Effects describe their indie rock music as “combining elements of Britpop and post-punk.” You’ll just call it hot.

Veteran Atlanta Pride performer Demizes has opened for Christina Aquilera and recommends his music “if you enjoy the work of Justin Timberlake, Ne-Yo or Lady Gaga.” His debut CD is “Damaged Ink.”

Kristine W holds the record for the most consecutive #1 hits on the Billboard Hot Dance Club Songs, and LGBT fans know why.  Her latest album, “New & Number Ones,” just came out on Sept. 28. The single “Everything That I Got” — with the lyric, “I still got my pride” — is sure to have audiences cheering.

Brit-pop sensation Rita Ora takes a break from opening for the likes of Coldplay and DJ Fresh to hit the Pride stage with her US debut single, “How We Do (Party),” an anthem befitting the occasion. She cites Gwen Stefani as her musical idol, but may be on the way to similar stardom herself.

Andy Bell is the openly gay lead singer of the famed pop duo Erasure, and also a successful solo performer. To hear more from Bell, see our interview on page 8.

The Pride children’s show is a chance for the youngest members of our rainbow to come together with like-minded families. Expect entertainers and a chance for LGBT parents to meet and network.

Folk musician Juliana Finch’s Americana, Southern roots shine on her companion albums “Apple” and “Blossom.”  Her website compares her sound to how good bourbon tastes, and it’s an apt description: her music goes down smooth, but her lyrics about lost love will leave you still feeling the burn.

Jessica Betts promises “true soul with a contemporary and edgy twist,” but it may be simpler just to describe her sound as stunning. She won the 2005 “Road to Stardom” reality TV show; hopefully her Pride shows will help propel her to larger stages. 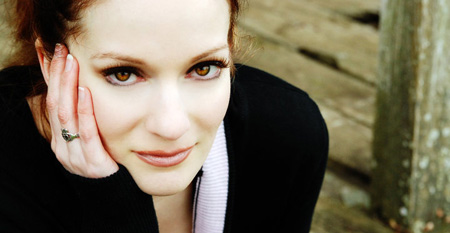 Renee Wall brings another alternative country voice to the Pride stages, one that has been compared to the likes of Maria McKee (Lone Justice). Her debut album is “Cumberland Moonshine.”

The duo of Kristen Sayer (lead vocals and lead guitars) and Carolyn McShane (drums, keyboard and backing vocals) is the self-described “biggest little show band” — look for a bluesy sound with tinges of rock, funk and Motown.

Hailing from Albany in South Georgia, Unbreakable Bloodline brings a hip-hop sound with plenty of rock influences.  Now at work on their debut album through an IndieGoGo campaign, they serve up sharp rhymes and rocking beats on songs like their ode to their hometown, “The ‘Bany (Good Life City).”

Atlanta native DJ Speakerfoxx  spins hip hop, bounce, dancehall, reggae, electro dance music and more — earning a nod from the staff of Creative Loafing as “Best Dope Girl on the Wheels of Steel” in the alt-weekly’s 2012 Best of Atlanta awards.

After 10 years performing together, the high-energy Michel Jons Band says its motto is “We play Patsy Cline to Tina Turner to Beyonce.” Get ready to dance as they open the Pride stage after the parade.

North Carolina native Leslie Christian has opened for LeAnn Rimes, Dierks Bentley, Trace Adkins and Kid Rock, among others, and says her goal is to be the first African-American woman “to break through in country music.” Her debut album is “My Life is a Country Song.”

Best known as half of the beloved lesbian folk-rock duo Indigo Girls, Amy Ray is also an amazing solo performer, bringing an edgier sound to tunes that range from punk to Appalachian roots music. Her latest album is “Lung of Love.” Check out our interview on Page 10.

Born in Tennessee, Atlanta resident Kryon Leslie describes his music as “pop soul.” His new single, “Disease,” is a duet with Kari Epps; the poignant, piano-backed track is available on iTunes.

Maria Gabriella’s diverse band offers up Latin and folk-infused rock with a five-piece band and backing from hip-hop lyricist Omnipresent. Their first album is “High Above the Sun.” You can also catch them at My Sister’s Room with God-des & She on Saturday night of Pride weekend.

Fresh from performing at Savannah Pride 2012, Atlanta’s Dylan Michael, who compares himself to Lady Gaga with the voice of Kelly Clarkson, brings his pop/dance/electronic music to his hometown Pride stage.