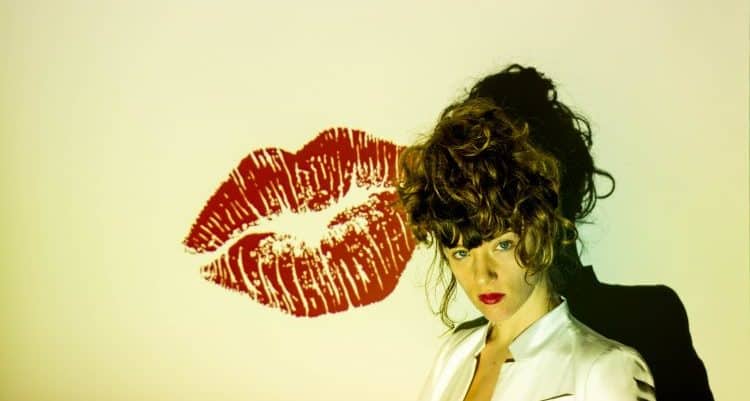 Atlanta musician Chelsea Shag was born in Nova Scotia, Canada, and moved to the metro area when she was a child. Her music is multi-genre, influenced by a host of artists, including John Mayer, Stevie Wonder, Ella Fitzgerald, Justin Timberlake and Erykah Badu. When she’s not recording or performing, Shag loves to read, cook and do yoga. She sat down with Georgia Voice to talk about her latest single, “One Kiss,” which talks about the first time people connect with each other — the kiss where they can find out if feelings are real. It’s the premiere single off her upcoming full-length album, set for release this fall.

How did you get started in the music industry?

“I played a lot of sports when I was young. I thought I was going to be a pro wakeboarder, but that didn’t work out. What I wrote down in my diary when I was 10, I said I wanted to be a rockstar. I didn’t know what that meant, but I loved music and I wanted that to be in my life. I went to school for guitar and it’s been a whirlwind ever since.”

Where did the idea for “One Kiss” come from?
“The song came from a very true place. I had feelings for a friend and I didn’t know, if we were to go beyond friendship, if it would ruin our friendship. I came up with this beat and I had a harmonizer pedal. The video, my partner, she had this idea. She said, ‘I see people kissing and I see it being diverse.’”

Why was this a message you wanted to get across?

“That it’s OK to love who you love and it’s OK to be yourself and hopefully you don’t let anyone stop you from being you. There’s a lot of outside influence that affects people and they’re scared to come out. It can feel helpless at times. I just want them to feel like they’re not alone.

Since the video’s come out, people have been messaging me, saying ‘I’m crying, oh my gosh.’ One of the girls in the video, her dad is like, ‘I’m so proud of you.’ I’ve gotten a great response. People say it’s true to my artistry and one person said, ‘It’s my rocket ship.’ I thought that was really cute.”

What are your plans for the upcoming album?
“We’re going to be working on a full-length album. We’re about to get in the studio and record a bunch of songs and for now, I’m just trying to get out there, doing some festivals this summer. That is key, to really get a bigger fan base and keep making songs. We’re going to be doing more songs throughout the year before the album release.”

Watch the video for Shag’s new single, “One Kiss.”