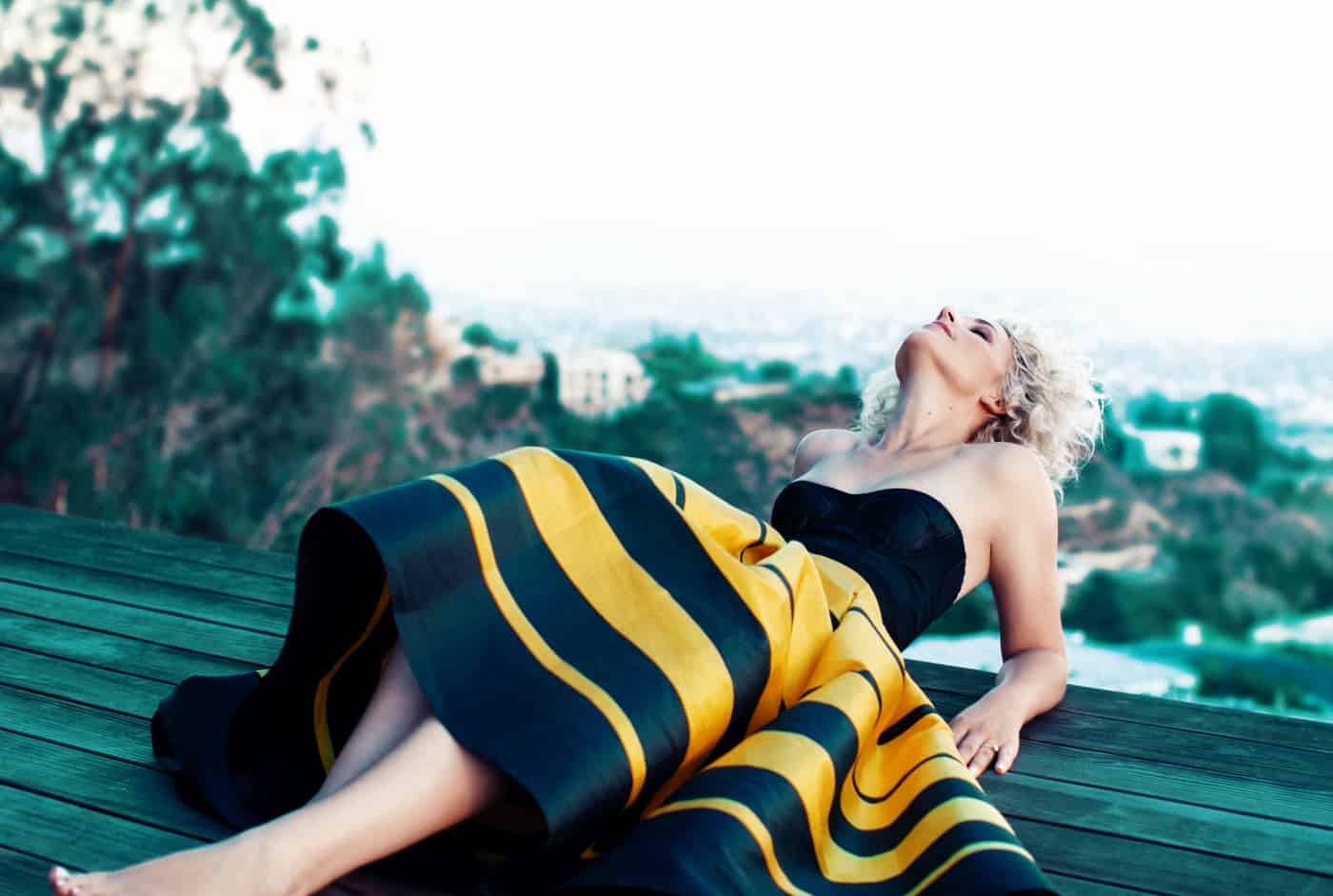 A few years ago, Kacey Musgraves shook up country music’s conservative politics with “Follow Your Arrow,” encouraging people to “…kiss lots of boys, or kiss lots of girls if that’s something you’re into.”

Gay-affirming country music artists were already percolating well before the song’s release as a growing number of female country megastars advocated for their large LGBT followings: Reba McEntire, Dolly Parton, Martina McBride and Carrie Underwood. But then, in 2013, Musgraves began leading a new wave of down-home chart-toppers who’d continue to carry the torch through to a “love is love is love,” post-marriage equality world.

Joining Musgraves on her mission to embolden the queer community is Camaron Marvel Ochs, the 31-year-old California native known simply as Cam. Last year, Cam picked up a Grammy nod for “Burning House,” a breakout hit from her debut “Untamed,” ranked No. 15 among Rolling Stone’s 40 Best Country Albums of 2015. Now, the singer-songwriter is taking her album on the road for a fall trek entitled the Burning House Tour.

Recently, an untamed Cam freewheeled through a variety of queer topics: her quest to find the gays in Nashville, why it feels “totally natural” to embrace her LGBT fans and why Musgraves is her country music girl crush.

Being from the Bay Area, I imagine you knew more gay people than some of your small-town country contemporaries.

It’s actually probably the weirder thing! For me, it was a reverse of the typical culture shock. I remember showing up to Nashville and being like, “Where are you hiding all of your gays and Asians? Where is everybody?!” (Laughs) It’s a totally different culture. Man, it’s a different thing to understand what it means to be outside of the Bay Area. It’s a very special little pocket I got to grow up in.

Why do you think you gravitate toward LGBT people?

I think I really like people who are authentic and who are very much themselves, and I do think – and I don’t know if this is controversial to say – one weird benefit of the fact that maybe not everybody is fully accepting of queer people in general right now is that the people who are proudly themselves, who are out right now, are spectacular people because think how amazingly brave you have to be just to do the normal thing of being yourself. Most of them are just genuinely themselves, whereas most people don’t make a conscious choice. They don’t feel like they have something on the line about being who they are, so I do feel like there’s this special aura around people who are out, or any kind of queer.

Is it still a bold move for a country star to advocate for the gay community?

Personally, I think, and especially with women country stars, we have so many gay fans it feels totally natural. The truth is, there’s a part of the country that is still understanding it – they haven’t quite wrapped their minds around gay culture yet, or some of the people they know who are gay aren’t out to them. There’s a whole host of reasons for all that stuff, but I don’t think they realize that some of their best friends or hairstylists or bankers are gay. There’s some sort of unknown factor that keeps it out of the dialogue in country music sometimes. Obviously, the gay community is everywhere; it’s just not as outwardly present, I guess, in country music yet. So, maybe it feels bold because of that, but it’s not that bold.

Who are your country music girl crushes?

I love Kacey Musgraves. Obsessed with Kacey Musgraves. And I’m kind of friends with her, so it feels weird to secretly admire her all the time! (Laughs) But man, she’s done such a killer job. I’m always so impressed by her.

And then there’s fellow ally Dolly Parton, of course. You recently had a porch sit-down with her.

She’s amazing. When you’re talking to her, she’s always got the cutest and sweetest response. And you can see it in her eyes – she knows what she’s saying at all times, and it’s impressive to be around.

Did she give you any songwriting advice?

Yeah, I was like, “Gimme all your tips!” She’s like, “Pick the right songs.” Not all her best songs were ones that she wrote, so she wasn’t really afraid to do that. And sometimes as an artist you can get a little high and mighty about your art and you want to control all of it.

Tell me about your obsession with the Indigo Girls.

They tweeted at me, and I died. I’ve been to three of their shows, if not four. And I remember one time seeing them walk by, and my mom is like, “Go say hi,” and I said, “No. I literally can’t.” And they tweeted at me: “We love ‘Burning House,’” and they’re like, “We should write some time,” and I’m like, I can’t. I can’t be in the room with them. You know what I mean? It just won’t happen. I can’t do it. Some of your heroes, you just want them to stay heroes. Like, I don’t want you to be a real person.

Did your infatuation with the Indigo Girls ever lead people to assume you might be gay?

To be honest, some of the people who did listen to the Indigo Girls in choir with me did end up being gay! (Laughs) But a bunch of them were straight too! It was a mix. I was really lucky that when I hit college, an album by the Indigo Girls was the first I found on my own; it didn’t come to me through my parents or through the radio. I found this music and I was obsessed with it. As far as I know nobody asked if I was gay, but I probably would’ve been very complimented because I love the Indigo Girls so much! (Laughs)