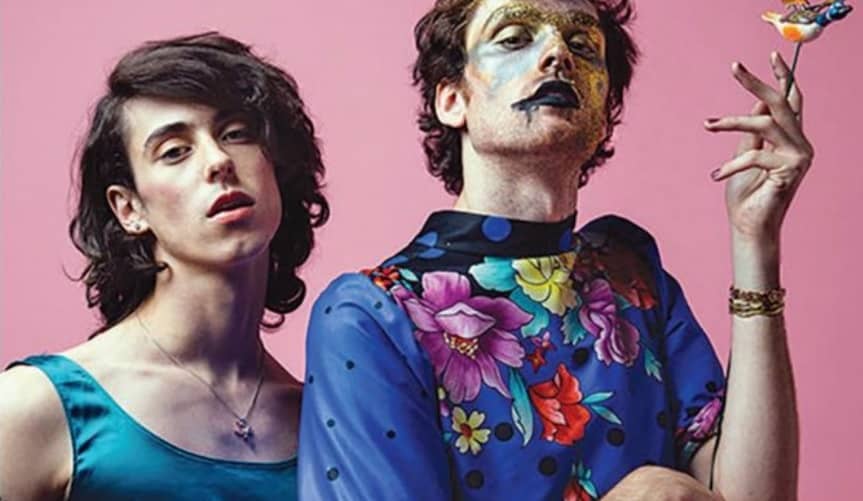 Take your pick of genres and you’ll find it on an Atlanta stage this spring, whether you’re a fan of gentle guitar plucking, soulful R&B singalongs, pop perfection or dial-it-up-to-11 rock.

Antigone Rising
March 17
Eddie’s Attic
Always an Eddie’s Attic favorite, the ladies of Antigone Rising involve their audiences in their unique brand of progressive country rock with hits like “That Was The Whiskey.” In addition to being a voice advocating for LGBT and human rights, they recently started a 501c3 non-profit to empower girls called Girls Rising.

Michelle Malone
April 1
Eddie’s Attic
Atlanta native Michelle Malone hits Eddie’s Attic on April 1 (a venue just around the corner from her alma mater, Agnes Scott College). Malone is supporting her new album, “Stronger Than You Think” – a musical palette of bluesy slide guitar and rich, soulful vocals. Malone is also known for packing the house with her enthusiastic local fan base.

LeeAnn Womack
April 7
City Winery
Just having wrapped up tour dates with country crooner Alan Jackson, Grammy winner and Country Music Association Female Vocalist of the Year LeeAnn Womack will perform her feminine style of contemporary country at the intimate City Winery. With hits like “I May Hate Myself in the Morning” and “I Hope You Dance,” Womack’s performances remind her audiences why she has had such a lengthy and successful country music career.

Duran Duran
April 8
Chastain Park Ampitheatre
Everyone’s favorite new wave and synthpop band is back in the ATL touring behind its latest release, “Paper Gods.” The group has no shortage of hits in its arsenal though, be it “Girls On Film,” “Hungry Like the Wolf,” “Rio,” “Ordinary World” or many, many more. Parachute pants encouraged but not required.

Olivia Newton-John
April 9
Cobb Energy Performing Arts Centre
Olivia Newton-John is hot off a three-year Las Vegas residency at the Flamingo called “Summer Nights,” and now she’s coming to Atlanta to spread a little Aussie love. There’s much more to the ageless singer-actress than just “Physical” and her “Grease” output, as evidenced by her selling an estimated 100 million records worldwide.

Angie Stone
April 12
City Winery
Columbia, South Carolina, native Angie Stone began singing gospel music as a child in church. Trained by her father, a gospel quartet singer, Stone started her musical career in the rap trio Sequence. Stone has worked with futuristic rap group Mantronix and rocker Lenny Kravitz and she later formed the classy R&B trio Vertical Hold, which first charted with the Criminal single “Summertime.” Stone is also an actress and can be seen in films such as “The Fighting Temptations” and “Scary Movie 5.”

Ariana Grande
April 12
Philips Arena
The pint-sized powerhouse vocalist is touring in support of her third and latest album, “Dangerous Woman.” Fresh off an appearance on NBC’s “Hairspray Live!,” the singer is sure to wow the crowd with a growing list of pop hits.

Panic! At The Disco
April 12
Infinite Energy Arena
The Death of a Bachelor Tour rolls on with this Atlanta stop, which finds the band (and its bi-curious lead singer Brendon Urie) hotter than ever nearly 15 years into its career. Original hits to be hoped for at the show include “I Write Sins Not Tragedies,” “Nine in the Afternoon” and “Victorious,” but keep an eye out for Panic’s epic cover of Queen’s “Bohemian Rhapsody.”

Sonia Leigh
April 12
Eddie’s Attic
Influenced by her father’s country music collection, her mother’s love for classic rock and her own taste for the grunge that was popular when she was a teen, Sonia has never strayed from those roots in her own music and prides herself on playing a variety of musical genres. Her song “When We Are Alone” was featured on the television show “Nashville.” Sonia calls Nashville home, but is a staple of the Atlanta music scene.

PWR BTTM
June 12
The Masquerade
This queer punk duo is relatively new to the scene, but is making some serious waves. PWR BTTM released its debut album “Cinderella Beauty Shop” in 2014 and just signed a deal with Polyvinyl Record Co. The duo is in the process of writing and recording its next album. It will be loud.