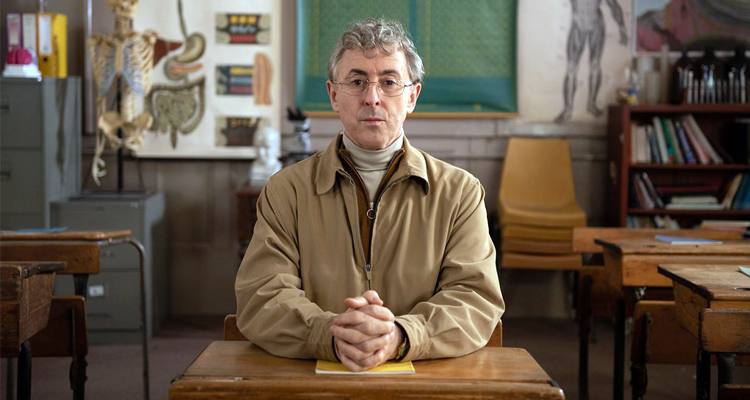 Lee enrolled at a secondary school in Glasgow in 1993 and a few years later a secret about his true identity came out: he wasn’t a teenager, but a 30-year-old man. The story made headlines around the world at the time.

Director Jono McLeod was in school at the time and was a classmate of Brandon’s. Like the rest of the school, he eventually found out the truth about his fellow student.

“When you are a teenager, you are so focused on other things,” he recalls. “I remember getting phone calls to tell me. We all heard a little while before the newspapers; word went around the kids. I remember a friend phoning me and telling me [the whole story]. Basically, it wasn’t until all the press that we realized it was bigger than we anticipated.”

“In 1997, I was asked to direct it and not be in it,” he said. “In 1999, it all fell apart. It’s a funny thing that a quarter of a century later it all came back to me. Jobs fall apart all the time — you have to be sanguine about it. I am so lucky to embody [Brandon] in this form, in a way that I think is much better. This is much more about the people who experienced it and I think it’s more entertaining because of that.”

“We were always aware that Alan was meant to be Brandon back in the 1990s,” he said. “We grew up with this expectation that this movie was going to appear. When it didn’t happen, it felt like one of the great unmade Scottish movies. We always wondered why no one had made this.”

The only person who had been telling the story over the years was Brandon himself, according to McLeod. The ones who had not spoken were his classmates and teachers.

“What I wanted to do was assemble as many of those together and try to figure out what went on,” McLeod said.

“I listened to the tapes Jono had given me and I let it seep in,” he said. “I was making up this character, but it was already dictated the way he sounded. The whole thing was a bit of a mindfuck. He was someone I knew so much about, but was also a shape shifter. You never really knew if what he was saying was the truth.”

Written and directed by Addison Heimann, the new queer horror film, “Hypochondriac,” stars Zach Villa as Will, a gay Latino potter who has a devoted boyfriend, Luke (Devon Graye), but some secrets from his past. Will’s bipolar mother (Marlene Forte) tried to choke him when he was a young boy and has now resurfaced after 10 years, beginning to contact and haunt him in various manners. Yet with a history of mental illness in the family, are the visits real or Will’s hallucinations?

“Hypochondriac” benefits from strong work by Villa as the troubled main character trying to figure out what is happening. The best moments here are those between Will and Luke, who is watching his lover slowly disintegrate into madness. Yet it’s pretty clear early on where the film is heading. For a work billed as a horror film, it has precious few scares. Some sequences are disturbing, though. The movie works much better instead as a character study between Will and Luke, trying to keep their strained relationship alive.

“My Old School” is now in theaters

“Hypochondriac” is now available on demand and digital