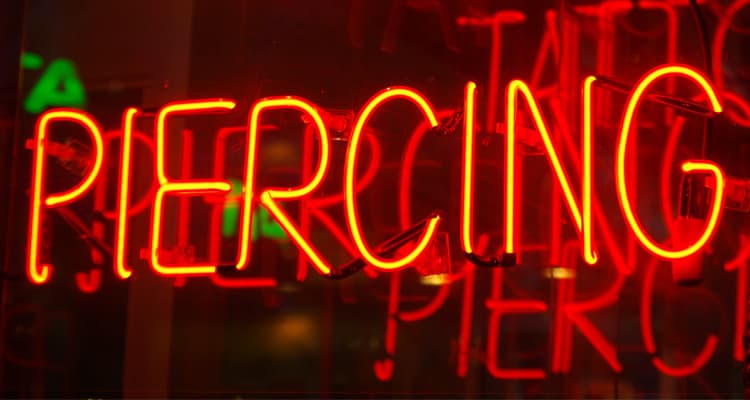 My Piercing Experience: “I Promise, It Doesn’t Hurt … Too Much”

Throughout my life, I’ve done some crazy things that I never imagined I’d even utter thoughts about. My move to Palm Springs was one. After I arrived in the desert paradise, something told me to be more adventurous and live life unafraid. In June of 2018, just four days before I would make my first overseas trip to Paris, I walked into the Palm Springs Piercing company, a tiny gay-owned shop nestled among the bars on Arenas Road (the gay strip). Why in the hell was I here?! How did this thought get into my head?! I’d always been intrigued by genital piercings and had seen my fair share, but I never considered it for my little man. Here I was though, inquiring about getting my own genital piercing. My first question to the piercer was which piercing “down there” would hurt the least. My second question was which piercing required the shortest recovery time. Both questions led me to my Prince Albert piercing!

There’s a lot of taboo behind anything odd or unique in your pants. Big dicks, huge balls, and yes, genital piercings. I remember the experience like it was yesterday, even though the two-year anniversary of my penis piercing just passed a few days ago. I walked in with a friend, you know, to give me emotional support me through this penis-altering time. He held my hand as the piercer asked me to remove my shorts and lay down on the table. The back room looked like a make-shift operating room. I avoided looking at any “tools” or “needles” at all cost, but eventually, my eyes made contact with the item that would terrorize my dick head in the near future.

I can only use this metaphor to describe how my dick probably felt. Remember when you’ve taken your dog or cat into the vet to get spayed or neutered. They probably had no idea what was about to happen until bam, they’re being put under and their two veggies are being snipped away. That’s how my dick felt. It was unaware of what was about to happen, although as I laid on the table, I swore it shrunk a few inches. The piercer walked me through the procedure and I reluctantly smiled while my head shook side to side. What the hell was I doing?! If this wasn’t a crazy idea, I don’t know what was! Two minutes later, I felt the cold steel rod insert my urethra (this goes through the piercing hole afterward in order to easily slide the jewelry in) and then a few seconds later, a BIG deep breath. As soon as I blew that breath out, it happened. My dick was not happy. In fact, it shriveled up and for the next two weeks decided not to look at me or stand up straight. He needed his space apparently after what I decided to do.

Here’s the part where you’d expect me to say it felt like I just got stabbed a thousand times in my crotch. Wrong! It’s the number one question people always ask me when I expose my jewelry-ed junk to them. “Did it hurt?!” My response is always, “On a scale from one to ten, it was about a four.” That’s the pain equivalent of zipping your foreskin up in a zipper, I believe. I actually think the healing period of the piercing is worse than getting the piercing itself. There was blood — lots of it, but nothing I couldn’t handle! I dirtied up a few coffee mugs through soaking my junk in a saltwater solution and spent many nights cringing at my raging boners that seemed to make the healing process even more painful.

I jerked off two weeks after I got my new piercing. It wasn’t pleasurable. The semen making contact with open wounds was excruciating pain. I was quite disappointed and only hoped the next time would be better. Months went by and the healing continued until I was able to perform with my PA as I’d always wanted to. There were no complaints on my end at all. As for the little one that experienced all the trauma, that’s something you’ll have to ask him. I think he’s gotten over my evil deed.

The most intriguing part of my piercing hasn’t been the pleasure from re-wired nerves in my dick head or the gauging up process (when you increase the size of the piercing ring), but the fact that I was able to do something I’d never in a million years thought I would do. I was also able to realize that the taboo of genital piercings allowed me to explore it more in my own time and space. I saw plenty, asked many questions, and even had my feels inside and out. It’s only until you explore your own taboos that you may realize they’re more normal than you’d even have thought. That’s the true pleasure and that’s what you’ll enjoy the most.