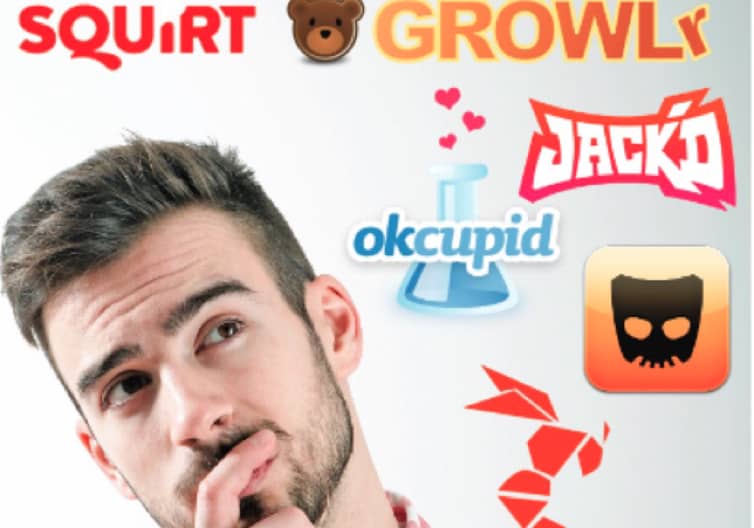 Lying. Ghosting. Persistent texting. Lack of pictures. Racism (or just preference?). Body shaming. If you use a dating or hookup app like Grindr, Jack’d, Scruff or one of the many others on the market—and if you’re a gay man in Atlanta, then you most likely do—then you’ve experienced at least one of these things. But how to navigate the world of apps in the face of such obstacles and still accomplish what you set out to?

James Osborne is a 35-year-old single gay Atlanta man who has mostly used Jack’d and Adam4Adam for the last couple of years. On a positive note, he’s had a couple of relationships and made some great friends through men he met on the apps. But ask him the negatives and he’s ready with a list off the top of his head, e.g., guys who aren’t really looking for what their profile says they are looking for.

“I see a lot of ‘no fats, no femmes,’ I see a lot of ‘no blacks,’ or ‘strictly blacks only.’ I’m African-American and even within our race, you see ‘only dark-skinned’ or ‘only light-skinned,’ he says. “I’m not against anyone’s preferences, but if you’re looking for a date or a relationship you should be open to anything, because you see the same people looking for the same things and they’re still on the site.

Atlanta sex and dating columnist Michael Alvear has heard it all and then some when it comes to dating and hookup apps. While he believes that apps have become the primary way that people meet, he has a caveat to that.

Alvear says that the three most common complaints people have about the apps is lying (about anything—stats, appearance, what they’re into, what they’re looking for, etc.), ghosting (when you talk to somebody and they seem really interested, but then stop texting you out of the blue) and persistent texting. It’s this last one that Alvear says has been a recent trend in the last couple of years.

“I’ve found that that has exploded. That’s the guy who persistently texts you either through the app or if they get your phone number, but every time you say ‘Let’s get together,’ they beg out and say ‘Oh I’d love to but I can’t.’ And they never offer a next time,” Alvear explains. “Why are you texting if you don’t want to get together? Why are you going through all of this? People have been lying on apps for a long time, but you’re really starting to see this idea that texting isn’t exactly a method, but the end goal.”

Alvear chalks all of this behavior up to technology and how it has removed the social penalty for bad behavior, i.e. being ostracized or isolated or rejected in a humiliating way.

“All of those things are gone. If you went up to somebody at a bar and said ‘Are you hung?,’ you might get a drink in your face or you might get bitch-slapped, or at the very least somebody’s going to turn their back on you and you’re going to be sitting there humiliated all along with other people seeing you,” Alvear says. “So there’s no sense of social shaming, which shapes behavior and creates a more positive social lubricant. But that’s not true with online—it not only appeals to the very worst in us but it encourages the very worst in us.”