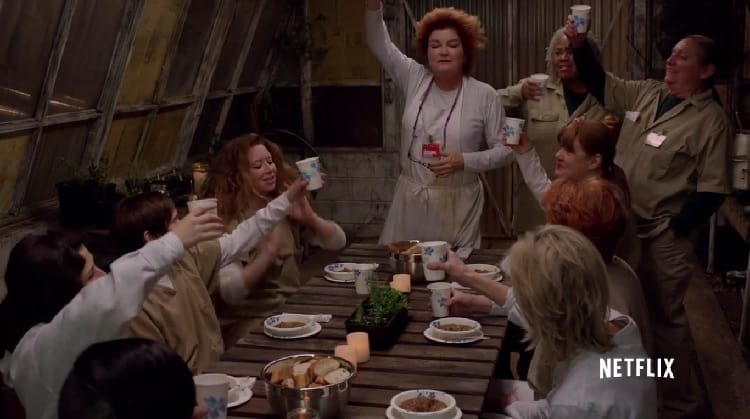 Piper, Alex, Crazy Eyes and the girls (plus a few guys) are back as Netflix releases the season two trailer of their highly popular, critically acclaimed comedy-drama “Orange is the New Black.”

Check it out above, and mark your calendars for the release of all 13 episodes on Friday, June 6!

The show has been hailed for its inclusion and portrayal of several lesbian, bisexual and transgender characters. Transgender actress Laverne Cox (who plays Sophia Burset) has also emerged as a well-respected trans activist in the wake of the show’s success.