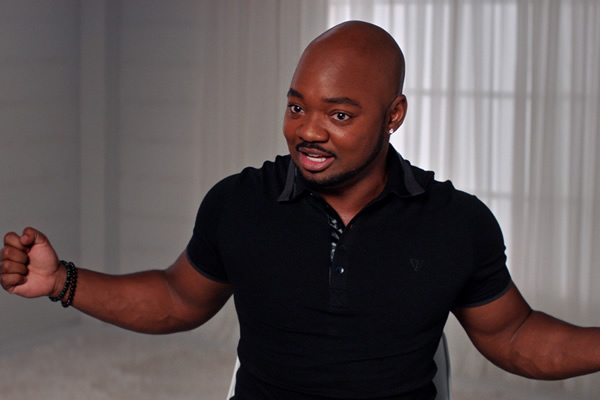 Now streaming on Netflix, “Disclosure” is a remarkable documentary that dives into Hollywood’s fraught relationship with transgender folks from the silent movies of D.W. Griffith through the latest episodes of “Pose.” Directed by Sam Feder, the movie seamlessly weaves together archival footage with personal commentary from a dazzling panel of trans artists and activists including Laverne Cox, Lilly Wachowski, Jen Richards, Chaz Bono, Brian Michael Smith, Yance Ford and others. (The Blade interviewed Cox and Feder in last week’s edition.)

Feder and his panel raise fascinating questions about the portrayal of trans characters in movies and on television and resist easy answers. They ask why trans issues have become front and center in the culture wars and why the same violent stories about trans characters keep getting told over and over. They explore complex issues of identification (why would a trans man identify with Barbra Streisand as Yentl?) and representation (why do straight cis actors keep winning Oscars for playing trans characters?).

They also dig into thorny issues of intersectionality, asking how depictions of race, class, sex, gender and sexuality work together to support or disrupt systems of power. Why, for example, is cross-dressing seen as a rite of passage for black male comedians?

“Disclosure” is a thoughtful and compelling film about the complex ways trans people have been portrayed in movies and television.

Despite some of the horrible images that are discussed and dissected, the movie ultimately strikes a hopeful tone. “Disclosure” emphasizes that attitudes can change over time (and offers Oprah Winfrey as a prime example) but underscores that representation in Hollywood is only the first step to revolution in the real world. Hopefully this rich exploration of the past can help create a more inclusive future.

Here’s a list of movies (some discussed in “Disclosure” and some not) that highlight the complex relationship between the trans community and Hollywood over time.

“Glen or Glenda?” (1953). In the spirit of “Reefer Madness,” director and star Edward D. Wood Jr. explores gender nonconformity with an odd blend of sensationalism and a plea for tolerance and understanding.

“The Queen” (1968). Just in time for Pride month, Kino Lorber has released a restored version of this classic movie on DVD and Blu-ray and on a variety of streaming platforms. This revolutionary documentary introduced gay and straight audiences to the world of competitive drag at the 1967 Miss All-American Camp Beauty Pageant organized by LGBT icon and activist Flawless Sabrina. The movie also includes an epic diatribe calling out the pageant’s bias delivered by Crystal LaBeija, who would go on to form the influential House of LaBeija featured in “Paris is Burning” (1990).

“Soapdish” (1991). A frothy all-star backstage comedy about rivalries on a soap opera set that hinges on a dramatic “disclosure” about one of the characters.

“The Crying Game” (1992). LGBT audiences figured out the big secret right away, but straight audiences took a while to catch on. The film was nominated for six Oscars (winning three). The “disclosure” scene was parodied in “Ace Ventura: Pet Detective” (1994) and countless other movies.

“The Adventures of Priscilla, Queen of the Desert” (1994) starred straight cis actor Terence Stamp as a trans woman touring across the Australian Outback with two drag queens (Hugo Weaving and Guy Pearce) in a fabulous cabaret act. There’s also “To Wong Foo, Thanks for Everything, Julie Newmar” (1995) with three straight cis men as three drag queens and “Hedwig and the Angry Inch” with John Cameron Mitchell as a glam transgender rocker.

“The Celluloid Closet” (1995). Based on the groundbreaking book by activist and film historian Vito Russo, this award-winning documentary surveys the history of LGBT characters in Hollywood movies.

“Boy Meets Girl” (2014) is a funny, tender and sex-positive rom-com about a young trans woman in a small Kentucky town who finds the courage to pursue her personal and professional dreams.

“A Fantastic Woman” (2017). This Academy Award-winning picture starred trans actress Daniela Vega as a trans women whose life is torn apart by the transphobic family of her dead boyfriend.