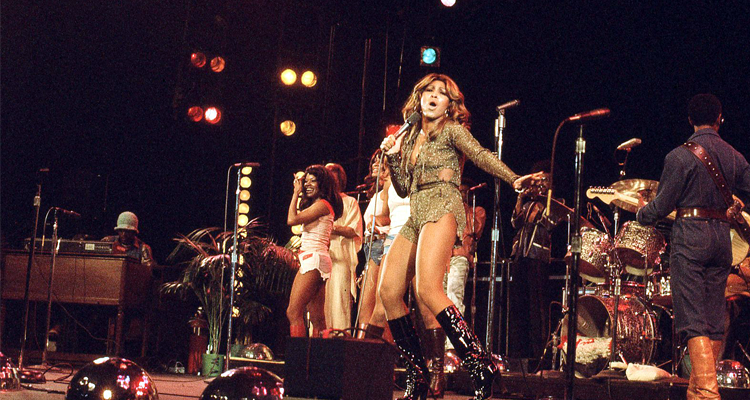 New Films to Check Out: ‘Love the One You’re With,’ ‘Tina’

When his editor came to his house last year to transfer the film they had just made onto a computer, Sampson McCormick realized that the entire project had somehow been lost. Shrugging it off, he and his team reassembled and were able to reshoot it. It wasn’t long after that he had a finished film — one that has landed on Amazon Prime.

Written by McCormick — who is also an actor and longtime comedian performing across the country — “Love the One You’re With” is a dramatic comedy that looks at the potential end of a long-term relationship between two Black gay men. The two main characters are Miles and Avery, who have been together for six years. “It starts off great, but over the course of time something happens, and they can’t quite put their finger on it,” said McCormick.

McCormick, who is gay, plays Rene, who owns a coffee shop. “He is that best friend we all have or need that you can confide in with everything, but is always willing to let you do whatever you need to do and learn the lessons you need to learn,” McCormick said of the character.

He wrote it last summer and filmed it at the end of last year, during the COVID-19 pandemic. “It was totally illegal the way we shot that film,” he said with a laugh. “Thankfully, nobody got sick.” He and director Spencer Collins shot it quickly and minimized risks.

McCormick is quite proud of the project. “It’s a film that Black queer people have been waiting for,” he said. “It’s very relatable. It shows what happens when you are honest in love and what can happen when you stop communicating. On a more positive side, it shows how love can land at your doorstep without you looking for it.”

The film explores issues such as monogamy and mental illness as well as the specific challenges Black gay men face in relationships and dating. “I didn’t know we dated anymore,” he said, laughing again. “I think people are afraid to date anymore. Dating in 2021 is a horror show, but it’s mostly because so many of us have things to work through and that we’re afraid of. Many different things are attached, and you have to put it all out there.”

Having won an Oscar for their 2011 documentary, “Undefeated,” filmmakers T.J. Martin and Daniel Lindsay are back now with the excellent HBO Max presentation of “Tina,” about the legendary Tina Turner. The film features all sorts of new footage, as well as an interview with the singer at her home in Switzerland.

Turner had already agreed to make the film (with the producers) when the two were approached. “We were a little hesitant at first,” Martin said. “We didn’t know that two men should be authoring Tina’s story. We’ve been approached about doing high-profile celebrity driven films before. In the music space, we often find they are in search of a story. It’s usually about leveraging the celebrity. Slowly diving in, we started realizing there is an incredible saga here and we could approach it as a proper film. It so happens that at the center is one of the most iconic entertainers in the world.”

“We thought the documentary form in particular served this story,” Lindsay added. “In all these other stories [about her] there is some sort of separation. This was an opportunity to tell this story in her  own voice.”

One thing that surprised the filmmakers was Turner’s Vegas years. After she had left Ike, she was hustling to get by, on food stamps and cleaning houses. “But that was the journey of this new coming of age of her, when she was taking control of her stage presence and the next chapter of her life,” Martin said.

The filmmakers are certainly aware of what an icon Turner is in the LGBTQ community. “She is not on the face level a gay activist, but she has charted a life for herself in a society that told her she had to be other things,” says Lindsay. “That is so admirable.”