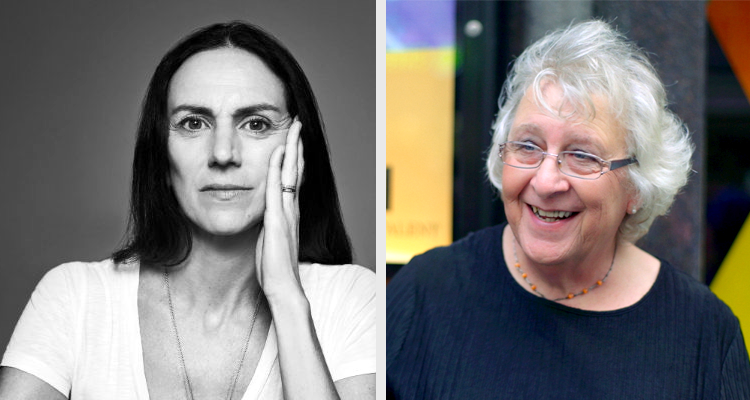 New LGBTQ Film Offerings Include Documentaries and a Campy Thriller

Two documentaries — one about legendary gay authors and the other about a transgender comedian — are among new film releases, as well as an LGBTQ horror film mixed with some camp.

Lisa Immordino Vreeland’s new film, “Truman & Tennessee: An Intimate Conversation” is a captivating look at Truman Capote and Tennessee Williams, two legendary writers who were both gay and Southern. Vreeland worked on the project for two years.

“I really wanted to highlight the talent of Truman and Tennessee as writers because it is something that I think has been forgotten in a lot of ways,” she said. “I think these characters — toward the ends of their lives when they were primarily addicts — kind of recast their legacy in an odd way. I wanted to highlight the words of these great men.”

The documentary makes use of some great archival footage to show the two men’s lives, including some David Frost interviews. One of Vreeland’s favorite aspects of the filmmaking process, she said, is finding footage: “I love to sit in libraries and discover things. We had a clear idea of what we wanted with the film.”

The two writers were friends, although Williams was older, and were also competitors in a sense. Neither, though, had any qualms about being out and being themselves at a time when it was not safe to do so.

Gay actors Jim Parsons and Zachary Quinto lent their vocal talents to the film. “They very generously agreed to do this,” Vreeland said. “These two men meant something to them, and Zach has acted in Williams’ plays and Jim has grown up reading Capote as a young boy.”

For decades, Julia Scotti performed on the comedy club circuit before transitioning. Now, she is one of the leading trans comedians on the stand-up circuit, known as “the crazy old lady of comedy.”

Scotti’s story is the basis of the new documentary, “Julia Scotti: Funny That Way.” Director Susan Sandler, known best for her play, “Crossing Delancey,” and the film version she adapted, met Scotti years ago, and the two instantly bonded.

The film charts Julia’s decision to transition and the effect it had on her personal and professional lives. It led to some difficult times with family and loved ones. Scotti credits Sandler for being able to capture that.

“Susan has a great sense of what the trans experience is,” she said. “It’s different for people in my generation to go through [my transition] than it is a millennial or Gen X, someone who is younger,” Scotti said. “Their peers may be a little more accepting. For my generation, not so much. Susan understood that and presented that in a really tasteful way.”

When Scotti came back for her second coming, she had two criteria — to be totally honest and fearless. “Prior to that I was fearful of everything. Something was amiss in my character. I thought I was gay, and at the time being gay in show business was not a really popular thing to do. I hid it, and it turns out I wasn’t. It scared me ever more because I didn’t know what was wrong. I lived as a cis person and coming out as I did on national TV, there was no hiding anymore.”

In the new LGBTQ horror film, “Road Head,” three friends (Damian Joseph Quinn, Clayton Farris, Elizabeth Grullon) embark on a road trip to the Mojave Desert and unexpectedly encounter a murderous cult. Directed by David Del Rio, it’s a horror film, but one with tongue firmly in cheek. That was important to him, as well not having stereotypical LGBTQ characters.

“I did like what [screenwriter Justin Xavier] put into the script about who is the final survivor,” he said. “It was cool but what excited me is the journey, whether it makes sense. That is how I moved forward with it. Love is love. Fear is fear. Survival is survival. That is the pinnacle of what I was going for.”

The director is straight, but the cast and crew include some out LGBTQ talent. As an actor, Del Rio was seen in the 2020 series, “The Baker and the Beauty,” and came to Atlanta early last year to promote the show at SCAD’s aTVfest. Despite a devoted fan base, however, the series was canceled by ABC. He has also appeared on Broadway in “In the Heights” and in the box office sensation, “Pitch Perfect.” Next up he has a slew of projects, including the TV series, “Maggie.”

“Julia Scotti: Funny That Way” is now available on VOD

“Road Head” is available on VOD