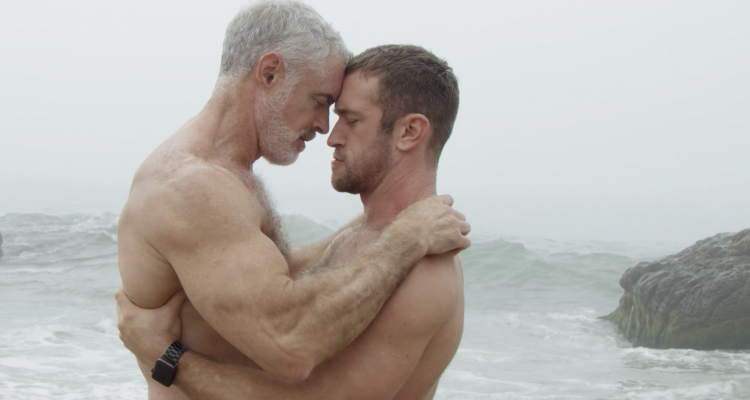 It took him a lot longer to write and get made than he ever anticipated, but Rich Burns’ series, “The Disappointments” is finally finished. The new web series about a group of middle-aged gay friends is currently streaming on YouTube.

Burns is the star, director and writer of the new series. He joked in an interview with Georgia Voice that it’s had a long gestation period.

“Fifteen years ago, some friends and I were having dinner and were talking about a friend who had committed suicide,” he recalled. “We had had a number of people in our lives who had done the same thing over the last three years. Everyone was wondering what the issue was and what everyone had in common was that they were in their late 40s/early 50s and had certain expectations of their lives that had not come to pass. They went to dark places and got depressed and were going through mental health issues.”

Luckily, though, the group also had other friends who were going through the same situation but changed their paths and developed new careers. Burns thought this phenomenon was interesting and wanted to do something with it.

As fate would have it, though, he got a job at Disney, worked on some TV movies, did some work at DreamWorks, and the years passed. He finally got to a point where he had time to put pen to paper. He wrote it initially as a half-hour pilot, but after attending a web series premiere, he was taken by the notion of making it in that format. That series’ director also told Burns he did it with a low budget. Recognizing that no one was going to make the pilot, Burns changed paths and started raising money on Indiegogo to make his first web series. The money came together, and he and his team were able to make it happen.

Burns’ character, Ray, has always dreamed of being a successful screenwriter, but he’s frustrated. He has gotten positive feedback on his writing and a job here and there but has never been able to land the success he dreamed of.

“He’s not done enough to bring him happiness,” Burns said. “He is going through a rough patch. He does not have money put for retirement. He is in debt with his credit card and can barely make his bills. He just wants to write a script, a passion project, that will turn things around for him.”

Looking back, Burns recognizes now was the best time for the project: “It always happens the way it’s supposed to happen. Fifteen years ago, there were no web series and there was no way I could have done it by myself. I feel it worked out exactly the way it should — and casting fell into place.”

He has been inspired by the fast success of web series.

“One of the things that is beautiful about the world of digital series is that everyone seems to want everyone else to succeed,” Burns said. “The first person I spoke to was Walter Bost of ‘The New 30.’ He told me about his experience and gave me advice on how to move forward. Joe Dietl of ‘Where the Bears Are’ was a total stranger and he spent a lot of time talking to me. I also talked Kit Williamson from ‘Eastsiders.’ They’ve all had a great deal of success.”

As the creator “The Disappointments,” Burns is quick to point out that gay men who are in middle age face a lot that their counterparts might not. One is growing up, especially people who work in the entertainment business.

“There are obstacles to success, and you have to either buckle down and get it done or move on,” he said. “The challenge is that some people don’t think about the future, how they will set themselves up for retirement I think in the gay community, maybe because of what happened with the AIDS crisis, there are not a lot of role models for those in our 40s, 50s, 60s and 70s. We didn’t have a lot of people to show us the way and now we are that generation, and we are finding our way.”