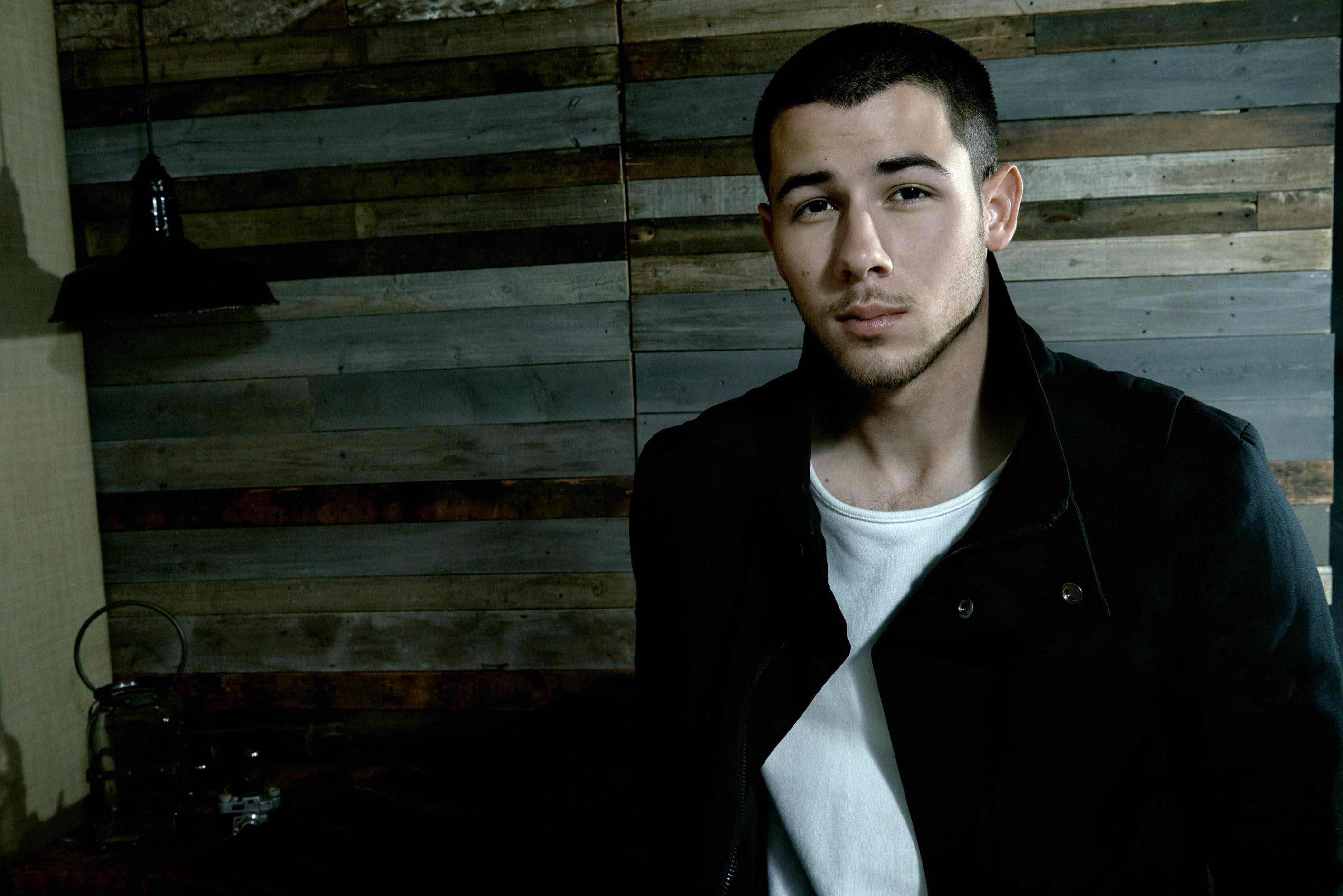 Nick Jonas on standing up for LGBT rights and touching his…

They dress up as the pop star, emulating his rousing onstage persona and donning denim that looks practically painted on. Yes, if we needed further proof about why the 23-year-old former Jonas Brothers is a celebrated beacon in the LGBT community, for his abs and for his advocacy – for standing up against the North Carolina “bathroom bill” by canceling two upcoming gigs there – look to the drag kings. Those kings are sure to find even more fodder for their glitzy acts on “Last Year Was Complicated,” Jonas’ second solo album.

In our new interview, Jonas talked candidly about last year – his year of “growth.” And although he was congested – yes, even the perfection that is Nick Jonas deals with allergies that are “terrible” this time of year – he was more than happy to dish on LGBT rights, the night he and brother Joe ended up at a West Hollywood gay bar, and touching his… face.

I’ve never asked a guy this question – I’m always asking female artists who are being impersonated by men – but there are Nick Jonas drag kings, so we must talk about this. What’s it like to know that lesbians are dressing up in Nick Jonas drag? Also, what tips do you have for a Nick drag king who wants to perfect their Nick Jonas drag act?

Well, it’s an honor, you know, first of all. I feel very honored! (Laughs) I think the tips would be, make sure the jeans are fairly tight – not too tight, but tight enough. And I do a lot of face touching, I’ve noticed, so maybe incorporate that into the act and it’ll all work.

When do you touch your face the most?

When I’m singing, when I’m talking. It’s kind of a strange thing I do.

It was very fun! We were out at The Abbey in LA.

Good drinks! And it was just a good environment overall. People were very welcoming and we had a good time and we hung out and had a couple of drinks. And they played our music too, which is always nice when you’re at a club. The DJ was being friendly. (Laughs)

Was this a promo obligation?

No, it’s just where we ended up. It wasn’t promo at all.

Who gets hit on more: you or Joe?

We were kind of isolated, in our own sections off to the side, so we weren’t able to interact that much, but I’m not sure. He was also with his girlfriend at the time, so maybe he was getting less attention.

What would you say to straight guys who might not feel as comfortable going to a gay club as you are?

In the same way I feel like there’s no difference with my fans, gay or straight, the same thing applies to the club. And you can have a good time anywhere you go if you just choose to have a good time. I think it’s a unique environment to be in – and it’s a fun place and they play great music, (laughs) and as long as you’re willing to go in and have fun, I think it’s all good.

Some straight guys worry they might be the object of some man’s affection.

Insecurity drives a lot of really poor decision-making. I think as long as you can be confident and comfortable in your own skin and who you are then you don’t really have to be worried about that.

When did you become comfortable in your own skin?

It’s a continual thing, continual growth. Just like everybody else, there are some days when I don’t feel great in my skin. I do my best to grow. But I think when I came into my body, you know, and started building muscle and realizing that in a lot of ways physically I had become a man, that’s when I became comfortable and confident. Getting into fitness was helpful.

When did being accepting and loving to the LGBT community really become important to you? Was there a person or a moment that really drove you to become the advocate that you are?

What do you make of speculation that you are gay?

I think people are gonna make their assumptions regardless, you know? And I’m a heterosexual male who’s playing two gay characters on TV shows and really doing my best to be the most accepting and loving person I can be because I think that’s the way we all should be. So, if people have opinions or thoughts on my sexuality, that’s on them. I know who I am and I’m comfortable with who I am.

You stepped in for Iggy Azalea last year and headlined Pittsburgh Pride when she canceled her headlining performance after LGBT groups pulled out in protest of her past homophobic tweets. What was it like playing your first Pride event?

It was a lot of fun! I think there was a real warmth because of the fact that I kind of jumped in last minute and covered, so I think people were really pumped about that. The show itself was great. It was a lot of LGBT community people and it was good. They were a great crowd. And I’ll tell you what, I think it was one of my favorite shows of last year. There’s something to be said about surprising people!

Last year seemed to be pretty darn good for you, but your new album, Last Year Was Complicated, begs to differ. What was the biggest hurdle you had to overcome last year?

It was a real year of growth, going from being in a group with my brothers for years to traveling alone, being alone all the time – it was intense at first. Then, on top of that, the breakup I had last year was, well, complicated (laughs), it was tricky. It required me to really dig in deep and lay out all my thoughts and feelings in my music, which, for me, is the best outlet possible.

Beyoncé is obviously experiencing this with her new surprise album “Lemonade,” but I wonder, for you, how do you feel when you release a body of work and the public dissects it and relates it back to your personal life?

I can’t comment for Beyoncé or speak for her, but as an artist I think it’s so important to lay your heart and feelings out in your music, and if you want to be an open book in that way, it’s a great outlet to be able to do it. For me, I’m just thrilled to have that outlet to pour my heart into because it’s a good way to process my feelings and emotions.

Do you keep the gay community in mind when you make music?

I think you have to create and have it be authentically you and kind of worry about what people are going to think afterwards, or who might be listening. That’s what I’ve tried to do: tell the stories the best way I can first, (so they) are the most honest. If I have to go back and edit afterwards, I will, but for the most part what I write in that room that day is what ends up on the record.

Outside of Scream Queen and Kingdom, do you see more gay roles in your future?

I think it’s about the material. If something comes up and has a great script and a great creative team, I would definitely do it. It’s all about the script though. That, for me, is the focus.

Following in the footsteps of some defiant tour cancellations in North Carolina to protest the state’s “bathroom bill,” you and your tour-mate Demi Lovato also took a stand, nixing both of your dates in the state. Why did you decide to cancel your shows there instead of, say, going the route that Cyndi Lauper did, which was to keep the show but donate the proceeds to LGBT causes?

It’s an incredibly tough situation overall and one that we thought really hard about. Speaking with Demi and the whole team, the thought was, we needed to do our best to take a strong stand, and although it’s difficult and it’s gonna be a disappointment to our fans who were looking forward to the shows, we feel that it’s the right thing to do. Sometimes you gotta go with your gut feeling and do your best to help a situation. Hopefully our fans understand and stand with us. We’re trying to do our humble part. A change would be good.

Chris Azzopardi is the editor of Q Syndicate, the international LGBT wire service. Reach him via his website at www.chris-azzopardi.com and on Twitter (@chrisazzopardi).