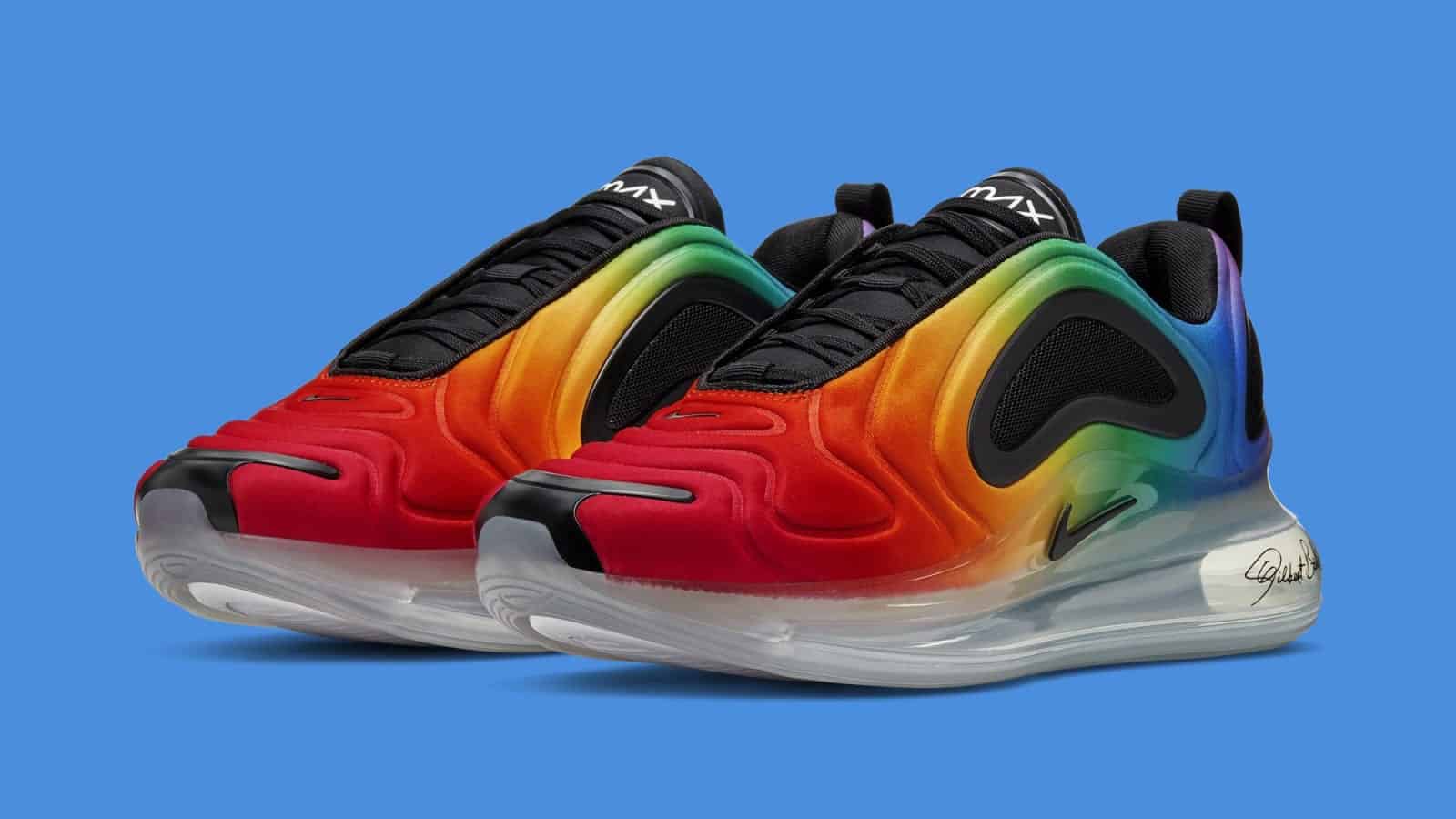 The Air Max 720s feature a rainbow gradient design with black details, including the signature black Nike “swoosh.” The back tab says “Be True” and the translucent rubber midsole features Baker’s signature along the side.

The Air Max 90s feature a more classic silhouette with bright pops of color. The shoes are mainly black, white, and gray, but include four colorful panels in hot pink, purple, bright orange, and green. The front and back of the shoe are blue and teal and the midsole has a mustard yellow panel. In a nod to the rainbow flag, the Nike swoosh is multilayered with all eight colors of the rainbow. The inside of the sole features the phrase “Be true” and Baker’s signature, as well as rainbow panels featuring words like “spirit” and “strength.”

Nike has not yet indicated whether a portion of sales will benefit any LGBTQ organizations.