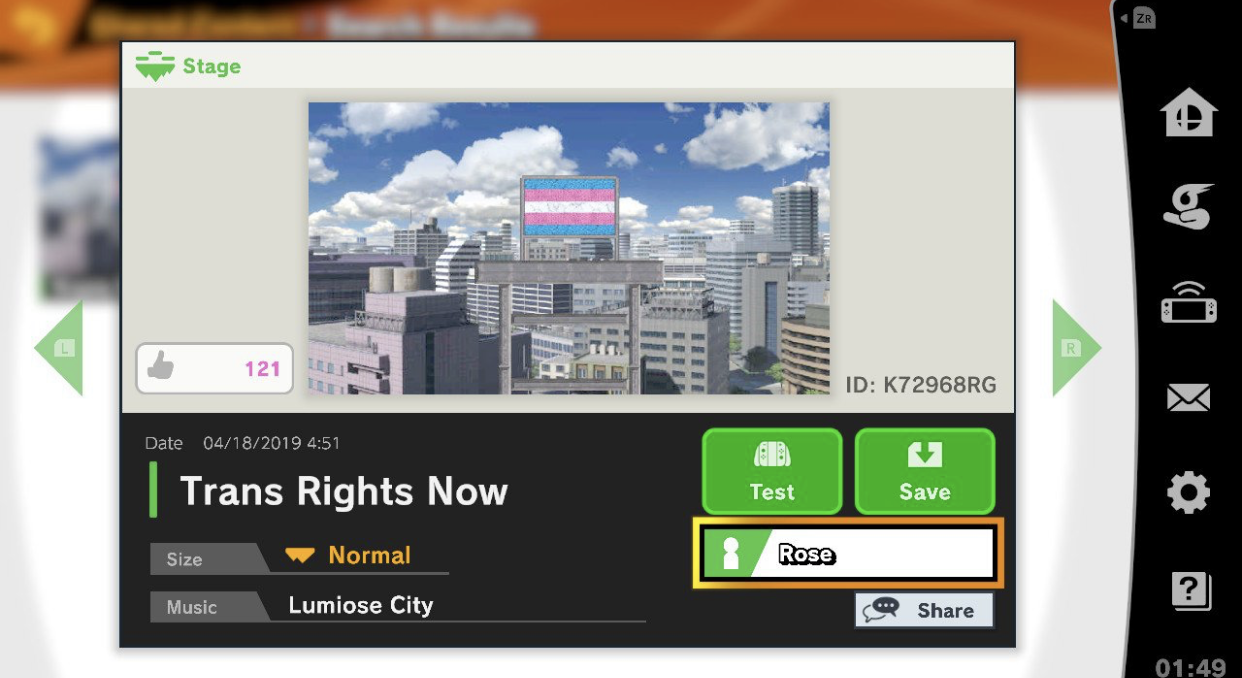 Japanese gaming company Nintendo has been criticized on Twitter after removing a fan-made stage with a trans flag in Super Smash Bros. Ultimate.

Super Smash Bros. Ultimate is a fighting game featuring numerous well-known Nintendo characters and stages inspired by past Nintendo games. The game includes a feature where fans can create their own stages to battle in.

One user created such a stage, entitled Trans Rights Now, which included a transgender pride flag. However, the stage was removed by Nintendo because it was deemed a “political statement.”

So @Nintendo has, in their infinite wisdom, decided that this stage featuring the trans flag violates their TOS. #SmashBros #NintendoSwitch pic.twitter.com/9FWgQpcCDG

Twitter user Warm Safflina reportedly reached out to customer support, looking for a reason the level was removed.

Update: I have reached out to customer support. The exact reason it was taken down was because it is considered a "political statement". According to their records, my account was also suspended for 9 hours.

Here is a screenshot of the email I was initially sent. pic.twitter.com/3ysSWpn5V0

The supervisor the user spoke with apparently didn’t agree with the ruling, so had a recommendation for how to get Nintendo to allow the flag in fan-made levels.

“The supervisor… recommended I and others contact corporate, or visit the Smash support forums and leave messages that the trans flag and messages of support for trans rights shouldn’t be prohibited,” Safflina tweeted.

Safflina’s Nintendo account was suspended for 9 hours, but they later said that it appeared the level was still up, despite the email from Nintendo. They guessed “that someone goofed and quickly undid the suspension/removal, but not before triggering an email to automatically be sent out.”

After seeing Safflina’s thread, other Smash players protested the supposed deletion by creating more trans flag stages, while Safflina added some stages with the non-binary and genderfluid pride flags, as well.

Nintendo: Trans Rights is a political statement and violates the code of conduct.

Nintendo, crying: You can't just add the trans flag to everything.

Me: There is enough space to add the nonbinary flag. pic.twitter.com/ntCesjwUUs

Folks: This is the Genderfluid flag.

Me: MOAR FLAGS IT IS! pic.twitter.com/KPT6kDg7RD

According to Eurogamer, there are between 70 and 80 stages with trans flags currently online.