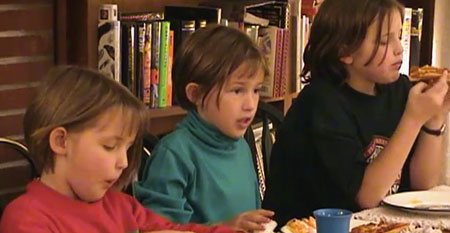 Human relations professionals, as well as other parties interested in diversity, have a golden opportunity to learn more about the issues surrounding transgendered employees. Out & Equal of Atlanta, in conjunction with Turner Broadcasting’s TurnOut, hosts two back-to-back events to help foster dialogue about issues that come up when an employee experiences a gender transition.

On Tuesday, Sept. 18, a special screening of the film “No Dumb Questions” will be shown at Turner Broadcasting. This film is a lighthearted documentary profiling three sisters, ages 6, 9 and 11, struggling to understand why and how their Uncle Bill is becoming a woman.

Filmmaker Melissa Regan will answer questions along with the father of the girls and, for the first time, the three sisters together. Since this film was made 10 years ago, the sisters have a different perspective and are eager to share with the audience about the process they went through.

“Now that the girls are older, we have an opportunity to do a longitudinal study of one family and having open dialog at the beginning of the process and see how life goes on,” Regan says.

Regan decided to make the film as a response to being told by her mother not to share the fact that she was a lesbian with her younger siblings.

The second event the following morning, Sept. 19 from 8:30 a.m. to 12 p.m., is a free educational seminar about workplace issues that surround transgendered employees.

Chip Newton, Out & Equal’s co-chair, notes how important these events are to corporate America.

“This training addresses serious issues that companies are grappling with such as transgender worker re-entry into the workplace after transitioning,” he says.

“Companies need to know how to alter their culture, how to help transitioning employees, and how do we help the other employees that are surrounding the person going through the transition?”