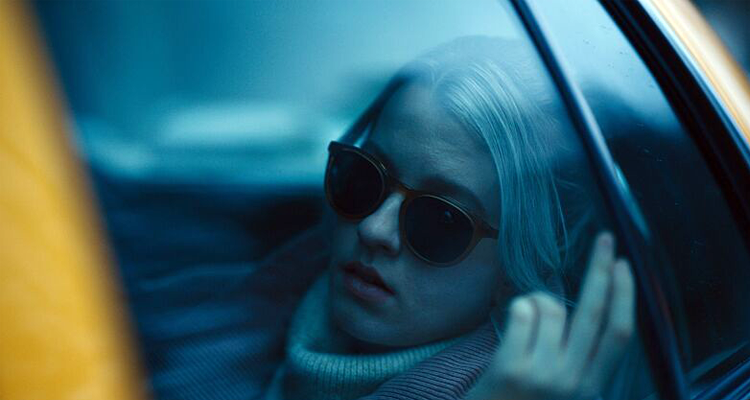 Skyler Davenport in "See For Me" / Publicity photo

After suffering a stroke in 2012 and becoming visually impaired, Skyler Davenport was told by one doctor to learn Braille and get a live-in assistant. Luckily, Davenport chose neither.

A lot has happened since that time. After a lot of work in the voice-over world, Davenport is the star of the new white-knuckle thriller, “See For Me.” In it, the performer plays Sophie, a blind woman who decides to cat sit for a client in a secluded mansion. When thieves break in and make an attempt to break into a safe, Sophie has to find a way to stay alive.

“I love that [Sophie] was written so human and flawed in the way that people are, whether we want to admit it or not,” Davenport told Georgia Voice. “I loved that she is a survivalist and instinctualist, very raw and relatable just enough so that you have a little bit of empathy that there’s a person underneath the shell trying to now navigate this different world.”

While Davenport and Sophie are very different, the one characteristic that the two share is vision loss.

“When the stroke happened to me, I took the path of feeling guilty like I was a burden to people,” Davenport said. “I lost my job, my driver’s license, I had to re-learn how to walk and I felt very burdensome and bad and depressed. Sophie takes the route of being hardened. It has angered her, and she wants to be at the level of independence she was beforehand.”

When the producers reached out about being in the movie, it involved audition tapes and an in-person meeting and lots of waiting before the role was Davenport’s and shooting began later in Canada. Going from voice-overs into a feature film was an adjustment, especially physically, but one Davenport relished and wants more of.

The performer, who is nonbinary, had top surgery and went through a legal name change, something Davenport “felt uncomfortable discussing on camera until the last two or three years.”

“I had always, even as a little kid, felt uncomfortable identifying in a female body and so I assumed looking at stories around me that I must be transgender,” they said. When they heard about the term, “nonbinary,” they realized it was more of a fit.

In the new film, “HipBeat,” a young person visiting Berlin has the courage to come out as nonbinary. Angus is a political activist fighting against the system while searching for love. Samuel Kay Forrest, who identifies as queer, wrote, directed and stars in the movie as Angus.

A visit to Berlin while his siblings lived there inspired the film.

“I was so inspired and enamored by the inclusivity of the people in the queer community there and the free space to be yourself and explore whatever your gender or identity was without judgment,” Forrest said. “I had seen other communities around the world and experienced it but none with this openness to explore your authenticity and what that might be.”

In the film, Angus — who is based on a younger sibling who identifies as nonbinary — meets a drag queen who inspires the character to be their true self.

“Berlin was kind of a melting pot of people who felt like they were different or outsiders,” Forrest said. “You have people not just from the West and the U.S where it’s more socially acceptable to be yourself but we had people from the Middle East and Israel and Palestine and Saudi Arabia and Africa and Asia where it is more difficult to be yourself. One thing that was a common thread everyone could assimilate on is exploring who you are. That was something I could play with. People felt they could not be themselves where they are from and feel liberated when they come [to Berlin].”