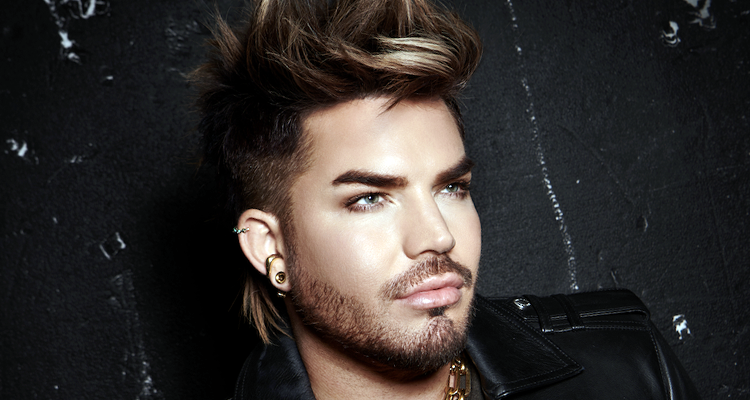 One on One with Adam Lambert

Adam Lambert has been a longtime icon and favorite of the LGBTQ community. In the years since finishing as the American Idol runner up in 2009, Lambert has risen to stardom, releasing four studio albums, receiving a Grammy nomination for “Whataya Want From Me,” winning a GLAAD Media Award for Outstanding Music Artist, and even performing with the legendary band Queen.

Now, the superstar is bringing his talents to Atlanta. Ahead of his show at The Eastern on May 6, Lambert talked to Georgia Voice about the upcoming performance, filling the shoes of Freddie Mercury, and championing diversity through his music.

Hi Adam! Thanks for talking with me today. So, tell me about your upcoming show. What can fans expect from the performance?

I’m really excited to get back out there. Obviously, it’s been a weird couple of years, so to finally be moving around and doing shows, I’m thrilled. I know that fans that come see the show will get to share that excitement with me.

As for the material I’m going to do, I’m going to give you a mix of a bunch of different things. People that have been on this ride from the beginning, since American Idol, that is a very special fan that has been that loyal for that long, so I always try to keep them in mind and pull some memories from the Idol days and give them the rock ‘n’ roll they want. [There will] definitely be a little bit of Queen in there; I’m going to be on tour with Queen later this summer in Europe, so I’m getting myself warmed up for that. [There will also be] some surprises, some new covers and stuff, too, and stuff from my most recent album, “Velvet,” which unfortunately, because of the pandemic, sort of got washed away with the timing of all that. But it’s an album that I’m really proud of.

Since you mentioned it, I would love to hear about your experience touring with Queen. That must be such a surreal experience, especially filling the shoes of such a legend like Freddie Mercury.

It’s such a dream. I always say, there’s no real replacing Freddie; he’s irreplaceable. And I don’t try. I try to get up there and say, okay, I’m going to sing the songs that Freddie and the band created the best I can, as me. Luckily, Brian [May] and Roger [Taylor] from the get-go were like, we’re not looking for an impersonator, we’re not looking for somebody that does it exactly like Freddie did it, because that would be weird. So, I’m very grateful that they’ve given me the space to interpret the songs as me.

Absolutely. So, to shift back to your upcoming show in Atlanta: are you excited to come to Atlanta? What’s your relationship to the city like?

I love Atlanta! I haven’t been in a while, but I remember being on tour there years ago, and we were there for Fourth of July and my band, dancers and I were there — it was my first tour — and we were on a roof of some hotel watching fireworks. It was such a nice night, so I always have that nice Fourth of July memory associated with Atlanta. I love it.

We love you, and we’re excited to have you here!

I am so excited to be back, and apparently this venue [The Eastern] is supposed to be gorgeous and brand new.

Yes! I’ve been once, and it’s an amazing venue. I’m excited for you to see it.

I’m sure the acoustics will sound beautiful.

Definitely. Do you have anything you’d like to add about the performance or life in general?

Please come prepared to witness some fashion! Some glam, everybody needs a little dose of glam right now. And if you feel so inclined, please step it up and dress to impress as well. I love looking out into the audience and seeing people feeling themselves.

With my shows, the thing I’m really thankful for is the diversity in the audience. I have fans from every walk of life, and it’s a very safe space. So, please come — no matter who you are or what your background is, I always try to create that sense of family. With everything going on right now, like in Florida, for example, there’s messaging going on and it’s sad! People are confused by it, people are being led astray by certain narratives. I think now more than ever it’s a time where we have to get down to the heart of what acceptance and love look like. Because there’s a lot of very scared people out there that are doing things out of fear. I would hope that when you come to a show of mine, we can leave all that at the door and connect and feel a sense of unity and celebrate everybody for how they’re different, unique, and special.

Atlanta is a very diverse city, and we value those things as well. So, we’re really excited to have you here championing those values.

You can purchase tickets to see Adam Lambert at The Eastern on May 6 through his website, adamlambert.net.