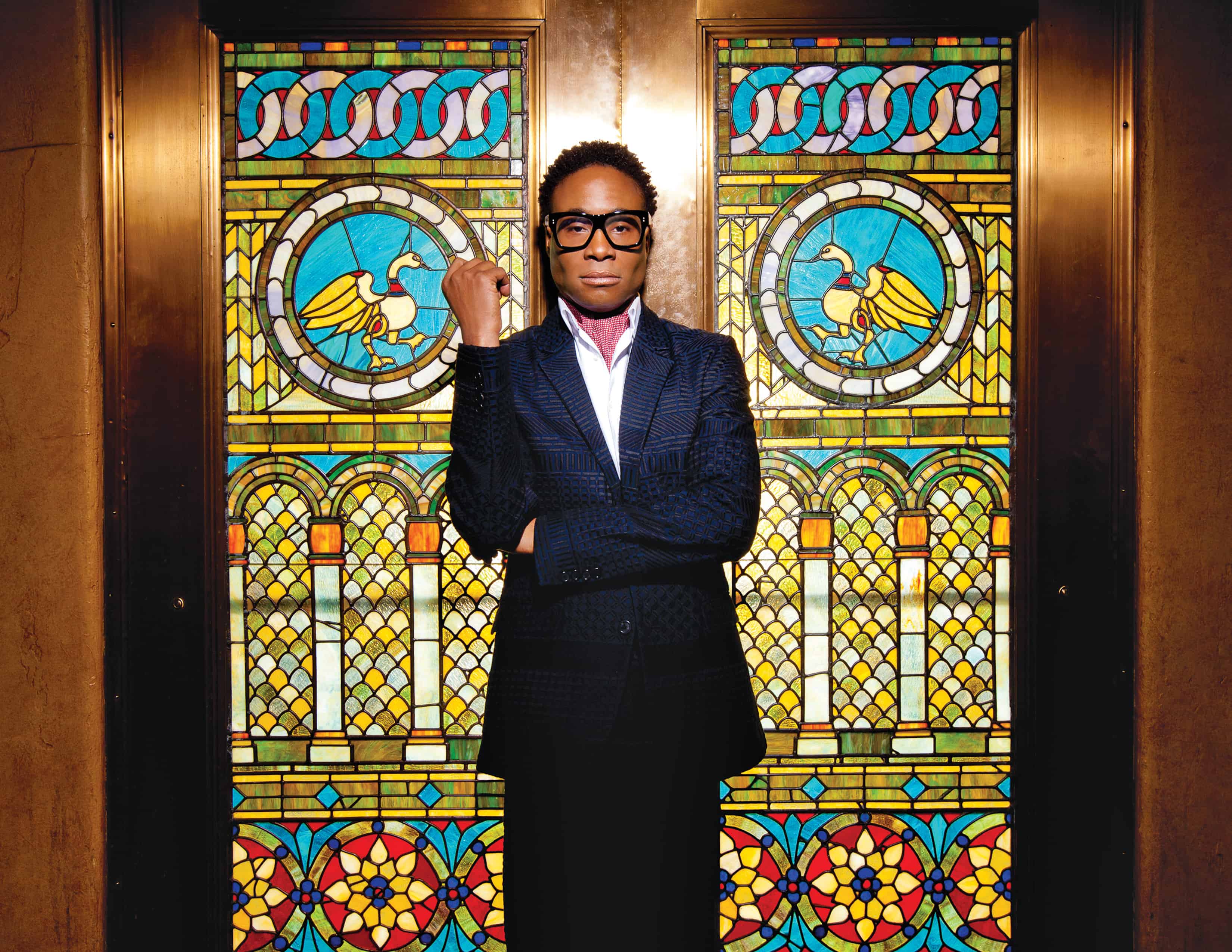 He’s captivated audiences around the world, most recently in FX’s “Pose,” now green-lighted for a second season, but the road for Billy Porter has been a long one. From Broadway to the big screen, Porter has used his voice as an out gay actor to transform the way we’re entertained. He’s now ready to create even more buzz with his one-of-a-kind outlook on just why shows like “Pose” are creating an outlet for so many in and out of the LGBTQ community. We caught up with the actor and learned it’s more than just the Oscar’s tuxedo gown that has the world talking!

We’ve got to start out with the transformative show, “Pose,” Season One. What kind of impact do you think this has already had on the LGBTQ community and in particular, the trans community?

“What I’m hoping is the visibility sparks a conversation, a conversation that’s based on understanding, not discrimination. I’m seeing the effects of not just people being interested in the shows but also interested in all of us showing up, having conversations and having dialogue, and changing the world as we are. We have to change the world on who we are, how to love us, how to treat us, and how to respect us. It is creating a space where trans people are at the front. It’s not an afterthought. It’s told by the people who actually witnessed it.”

Your character on “Pose” has HIV and the diagnosis really affects him on so many levels but he continues to push forward in living his life. During this time, the AIDS epidemic was at its height. How do you think the ballroom scene allowed those battling the disease to stay strong and keep pushing forward?

Shows like “Pose” are now in mainstream media. Are you surprised that you’re now witnessing LGBTQ culture for the world to see?

“I never thought I’d live to see the day. These stories are being told. Not only is it good for the world, but it’s good for me as an actor. I’ve been waiting for these stories to be told so I can work.”

Were you ever afraid that you couldn’t break into mainstream media because of your sexuality?

“I was never afraid, I was pissed. I’m not fearful at all, ever. I was pissed because I was shut out. I’m the godfather in a mainstream television show about the ballroom culture. Never in a million years! I spent so much of my life trying to be the straight doctor in drama because that’s what they wanted.”

Have you ever been to Atlanta? What do you like most about the city? What have your experiences been like here?

What do you think is so important about LGBTQ media sources like the Georgia Voice, PinkNews or the Advocate? And why do you think they’re important for the voices in our community?

Ok, everyone is talking about your 2019 Oscars Red Carpet look! Did you plan to wear something as bold as this tuxedo gown? How did this look come about?

“I got a call about two weeks before the Oscars. I knew I wanted to wear a ballgown, but I knew it was going to be difficult to get that done. I’m trying to find a mainstream designer to make a man a ballgown, I was skeptical that would ever happen. I went to Christian Siriano’s show and I knew he would do something like that. I went to his show and then to his party, and then I got him on the dance floor. I told him I was doing the Oscars, I want to wear a ballgown. He told me, “Done, call the office on Monday,” and he came through!”

I think the world has their opinion on who might be your biggest fan. Everyone got a glimpse of Glenn Close and her reaction to you at the Oscars. What did you think about her reaction?

“She was one of the people I interviewed and she’s also an acquaintance from Broadway, so I’ve known her for several years. Her surprise was in seeing me at all because that wasn’t a place she’d thought she’d see me. Then it registered that I’m interviewing people so there’s a surprise in that. And then she takes a look at my outfit and she registers that!”

What’s the biggest piece of advice for those who watch shows like “Pose” and see your boldness as an actor and activist, who are struggling with their identities?

“It’s about you, it’s not about the people around you. Your authenticity and your truth will attract the folks and things around you. If everybody else can’t accept that, they’re axed. They don’t serve you. It’s hard, it’s a hard thing, it’s hard for us. You got to let them go.”