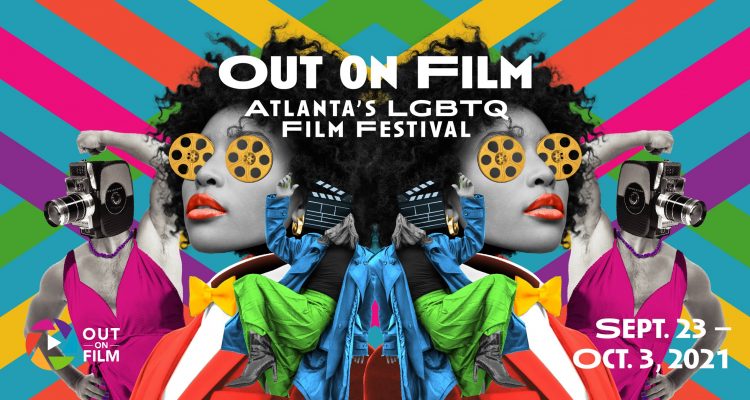 Courtesy of Out On Film

Out On Film Announces Festival Lineup

Out On Film presented by WarnerMedia has announced the lineup of films and events for the 34th edition of the Atlanta-based LGBTQIA+ film festival.

The Oscar® qualifying film festival returns to theaters this year as part of its hybrid presentation. Taking place September 24-October 3, Out on Film will open with Peeter Rebane’s Firebird and present the world premiere of William T. Horner and Stacey Woelfel’s Keep the Cameras Rolling: The Pedro Zamora Way as the Closing Night selection. Additional world premieres include Jan Miller Corran’s Along Came Wanda, Anthony Hickling’s Down in Paris, and Jade Winters’ One Four Three. Alessandro Guida and Matteo Pilati’s Mascarpone will make its U.S. Premiere.

Out On Film will once again offer a rich selection of LGBTQIA+ films curated from around the world. 43 features (25 narrative films, 18 documentaries), 17 shorts programs with 98 films and 2 webseries, representing 24 countries will be available this year, as well as a world premiere art installation.  More screenings and virtual programming will be announced soon.

“It’s wonderful to be back in theaters this year, and its equally wonderful knowing we have such an expansive, international lineup of films to present both in-theater as well as virtually,” Out On Film Festival Director Jim Farmer said. “As one of the few film festivals that are still growing despite all of the challenges present, we are thrilled with this international lineup, including our world premieres and more films we can’t wait to introduce our audiences to.”

Out On Film will open on Thursday, September 23 at Landmark’s Midtown Art Cinema (931 Monroe DR NE) with the Southeastern Premiere of Peeter Rebane’s Firebird. The British drama set during the Cold War follows a forbidden love triangle between a soldier, a fighter pilot and his female comrade amid the dangerous surroundings of a Soviet Air Force Base. The world premiere of William T. Horner and Stacey Woelfel’s Keep the Cameras Rolling: The Pedro Zamora Way will take place on Closing Night, Sunday, October 3 at the Out Front Theatre Company (999 Brady Ave NW). The documentary looks at the life of Pedro Zamora, who gained fame on MTV’s The Real World, and utilized that platform to open up his life, his joy, and his influence to the world until his death at the age of 22.

Centerpiece selections include T.J. Parsell’s documentary Invisible: Gay Women in Southern Music, which explores a group of gay women songwriters who overcame more than we could imagine to write some of the most familiar and beloved “number one” hits for some of country music’s greatest stars. Phil Connell’s Canadian drama, Jump, Darling features Academy Award-winning legend Chloris Leachman in her final starring role in the story of an actor turned drag queen at a crossroads in his life, who moves in with his grandmother to keep her from having to move into a nursing home. Vivian Kleiman’s documentary No Straight Lines: The Rise of Queer Comics looks at the life and career journeys of five scrappy queer comic book artists journey from DIY work and isolation to the cover of Time Magazine and the international stage, offering a fascinating window into everything from the AIDS crisis and workplace discrimination to the search for love and a good haircut.

Additional world premieres include; Out on Film alumni Jan Miller Corran’s Along Came Wanda about a road trip with two friends inspired by a teapot from an old lover which involves a guru Daiku, a psychic, a ranch hand, and his horse Blaze, all the while two friends are falling in love; Antony Hickling’s French film Down in Paris, about a filmmaker, suddenly overwhelmed by anxiety during filming, who walks off set and wanders through the Paris night in search of answers, comfort and inspiration; and Jade Winters’ British thriller One Four Three, about a woman, having just left her family for a relationship with a woman, finds herself in the hospital with amnesia following an attack – and now must uncover what happened and who did it to her. Alessandro Guida and Matteo Pilati’s Italian film, Mascarpone will make its U.S. premiere at Out on Film with its story of a man who must find a new place to stay, a job, and a new purpose in life after getting dumped.

Also making its world premiere will be the art installation of “The Hate Shield Project”. Artist Matthew Terrell debuted “The Hate Shield” in October 2019 at Atlanta Pride. The mobile, soundproof wall blocked both sight and sound of hate preachers at Pride that year, with the mirrored back side of the walls ensuring the preachers could only see themselves. It also  significantly reduced the loudness and hearing distance of the hate preachers, effectively neutralizing them and transforming their efforts into a comical, futile display. By disarming their hate, their words and actions only served to make them look small and ridiculous. The footage captured on the body camera reveals this shift. In this art installation which will be present at both Out on Film theater locations, Terrell will use the actual original panels of “The Hate Shield” to create a soundproof pod, where viewers can watch a short, first-person POV documentary about the project.

Amanda Bearse will be receiving the 2021 Trailblazer Award virtually. After roles in “All My Children” and the cult horror film “Fright Night,” Bearse became a household name playing Marcy D’Arcy on Fox’s “Married…With Children”. At the height of her acting career Bearse came out as a lesbian to the public with a cover article in the Advocate and her activism for the LGBT community began as the first poster child for HRC’s National Coming Out Day. After 35 years in entertainment, Bearse, who grew up in Atlanta, is now directing and still acting, appearing in John Heder’s “Topawingo” and Billy Eichner’s upcoming “Bros,” set to shoot this fall. The In Conversation event with Bearse will be available on Sept. 23.

More highlights include Emily Branham’s Being Bebe, which captures the incredible rise of the first ever winner of RuPaul’s Drag Race, the legendary BeBe Zahara Benet. The film won the 2021 Best Documentary Award at the Provincetown International Film Festival. Prolific documentarian Jeffrey Schwarz’s is back with his latest, Boulevard! A Hollywood Story, about the creative triangle of the legendary Gloria Swanson, and two struggling songwriters, Dickson Hughes and Richard Stapley, who created the Broadway smash hit. Nathan Hale Williams brings Bernard David Jones, Dyllón Burnside, Thomas Hobson, and Jenifer Lewis together to bring George M. Johnson’s words to life in this dramatic reading of their book All Boys Aren’t Blue.

For information on purchasing passes, tickets, and additional details on Out on Film, please go to: outonfilm.org. You can view the full festival schedule here.