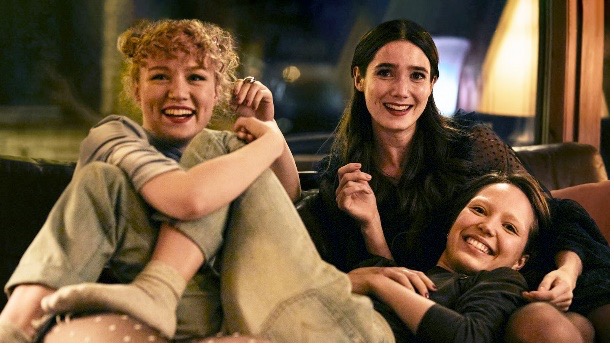 Out On Film has announced the lineup for its Stonewall Month slate of films.  The Oscar® qualifying film festival returns to theaters this June. The month will kick off June 5 with a free screening of Local Shorts, combining three of Out On Film’s popular shorts programs from 2021.  The films included will be Lyrik London’s “Black Boi Majik,” Brandon Mitchell’s “The Duchess of Grant Park,” Deondray Gossfield and Quincy LeNear Gossfield’s “Flames,” Jonathon Pawlowski’s “If I’m Good,” Frederick Taylor’s “Meet the Team Taking J-Setting From Underground Clubs to the Main Stage,” Carly Johnson’s “One Day,” Quinlan Orear’s “Over My Dead Body,” Patrick Seda’s “Reverend Falls,” Mya-Breyana Morton’s “The Traveler,” and John e.  KIlberg’s “Vestirse.”

“It’s exciting to be able to offer such a rich and diverse slate of films this June,” Jim Farmer, Out on Film Festival Director, said. “Our local shorts from 2021 were the best in our organization’s history and we look forward to screening them again, followed by six excellent feature films and documentaries.”

Out On Film’s June Stonewall Month films are supported by Atlanta Pride and Out Front Theatre Company.

For information on purchasing passes, tickets, and additional details on Out on Film, please go to: outonfilm.org.

“The Duchess of Grant Park” (directed by Brandon Mitchell)

The Duchess declares Grant Park as her duchy. James, a journalist making a documentary, has chosen the Atlanta character of The Duchess although he knows nothing about her.
Through the course of the story, James learns more about the Duchess, her history, and her connection to the neighborhood.

Two childhood friends: Ahmad, a streetwise, college-bound scholar on the precipice of a new, bright future, and Sadik, a rehabilitated hooligan grappling with his identity, find themselves alone together before Ahmad’s graduation party in the woods. Soon, unresolved issues and old resentments ignite a forbidden blaze between them that must be doused if Ahmad is to have any chance of escaping the past.

A widower explores his attraction to a younger man as he struggles to cope with the recent loss of his husband.

“Meet the Team Taking J-Setting From Underground Clubs to the Main Stage.” (Directed by Frederick Taylor)

J-Sette dancers bring energy, precision and stunts to the floor, and the Dance Champz of Atlanta are trying to take this underground LGBTQ+ art form to the next level. The roots of J-Setting are in Mississippi, at Jackson State University, where the Prancing J-Settes adapted majorette dancing, losing the batons and bringing in African American and jazz dance influences. Leland Thorpe and his team are on a mission to get the underground version of the dance form taken more seriously in the wider dance world. Thorpe is passionate about bringing more formal technique to the dance, and with his experience in Detroit studying jazz and ballet, he brings a faster pace and more sophistication to the Atlanta style.

“One Day” (Directed by Carly Johnson)
A narrative piece about coming out, based on the director’s personal experiences and inspired by a poem.

“Over My Dead Body” (Directed by Quinlan Orear)
Jackée sneaks into a funeral home to pay last respects to her drag mother, who’s being buried as a man against her dying wishes.

“Reverend Falls” (Directed by Patrick Seda)
A famous reverend struggles with his hidden orientation, so he pays a visit to a couple who has already gone through the pain of coming out.

“The Traveler” (Directed by Mya-Breyana Morton)
On a journey to reach her father in Arizona, Casey Jones’s car breaks down en route. After deciding to walk the rest of the way until reaching a bus station, Shay Michaels offers her a ride to the nearest motel. After discovering that the motel is booked for the weekend Shay offers for Casey to stay at her place. Casey is then introduced to Logan Fuller, Shay’s toxic boyfriend. With a delay in Casey’s travel plans, Shay and Casey soon realize that they are more similar than initially anticipated. On her third day in town, Casey is finally able to continue her journey to Arizona, leaving Shay behind.

“Vestirse” (Directed by John e. Kilberg)
Jacky is trying to get dressed to meet their mother one late afternoon.

“Neptune Frost” follows an intersex African hacker, a coltan miner and the virtual marvel born as a result of their union.

(Collaboration with Atlanta Opera, Atlanta Pride and Out Front Theatre Company)
In the spotlight of global media coverage, the first transgender woman ever to perform as Don Giovanni in a professional opera makes her historic debut in one of the reddest states in the U.S. Kicklighter is a Georgia native.

(Collaboration with Consulate General of Switzerland in Atlanta)
“Madame” takes us onto an intimate journey where Caroline, a flamboyant 90-year-old grandmother and her filmmaker grandson Stéphane explore the development and transmission of gender identity in a patriarchal environment. Promised to a domestic life in the 1920s, Caroline manages to free herself from the clutches of a forced marriage and becomes a successful businesswoman, defying the social rules of her time. In parallel, Stéphane struggles to play the role everyone expects in his Swiss bourgeois family, until the day he comes out of the closet and sets off on a crusade against homophobia and sexism. A family saga based on private archive footage, “Madame” offers a dialog between this extravagant matriarch and her gay grandson, challenging the taboos of gender and sexuality.

Two brothers embark on a journey to find their birth mother after their abusive father had lied for years about her whereabouts; along the way, they reconnect with their indigenous heritage and make a new friend.

Mimmi, Emma and Rönkkö are girls at the cusp of womanhood, trying to draw their own contours. In three consecutive Fridays, two of them experience the earth moving effects of falling in love, while the third goes on a quest to find something she’s never experienced before: pleasure.

A cop in denial of his sexuality falls in love with his new partner, while investigating a string of bank break-in.

Tickets can be purchased at www.outonfilm.org