Debi Lowry is already a bit of a legend in gay Atlanta: a fixture on dance floors and at charitable fundraisers, a surrogate mother to the dozens of gay men who affectionately know her as Mama Deb. As much as Lowry revels in her popularity and being able to offer a compassionate shoulder to those who feel turned away from their biological families, she was unsatisfied by the thought of her legacy being limited to her being a social butterfly.

“When I’m gone, when I die, I want to have had an impact on someone else’s life — I don’t want it to be just, ‘Oh, she was a really nice person’ or ‘She made me laugh,’” Lowry says. “If I can change their lives for the better, I absolutely have to do that.”

Across the table: Best tacos under the sun

There are certain Mexican restaurants in Atlanta that have a great vibe plus stellar food, and Taqueria Del Sol is definitely one of them. As summer heats up, who doesn’t like Mexican food on a patio with a tasty cold beverage?

As an Atlanta native, I remember when the only Mexican food you could get was at El Chico and Chi Chi’s. We didn’t even know what a Taqueria was and now thankfully upscale Latin food is everywhere.

‘Little House’ may have special meaning to LGBT fans 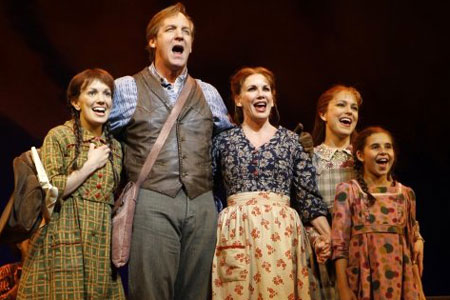 For out performer Tony Vierling, the news that “Little House on the Prairie” was being adapted into a stage musical came as something of a surprise — at first.

“I was surprised but after thinking about it, it made total sense,” he says. “As literature and as a TV show it has such a legacy. The stories were written so well and were so successful. I’m very excited to be part of it.”

Like millions, Vierling read Laura Ingalls Wilder’s “Little House” books, first published in 1932, as a child. He was not a regular watcher of the television series, although he did see certain episodes.

Lady Gaga’s latest music video for ‘Alejandro’ was released today on YouTube around noon. The eight minute mini-movie was directed by Steven Klein and features a military / fetish theme. Oh, and lots of simulated sex acts.

HobNob with the best at 'Relax & Rewind' 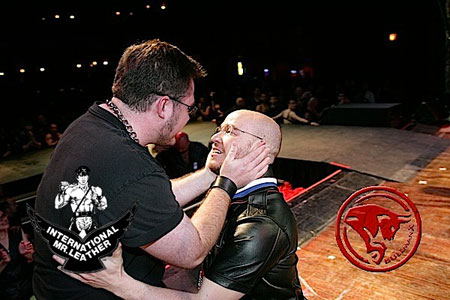 While Atlanta’s own Mr. Atlanta Eagle Chandler Bearden did not win International Mr. Leather 2010 despite his sexy, racy and just plain sweet style, another sexy winner took home the leather sash. And with his win, Tyler McCormick of New Mexico broke all kinds of barriers.

The Georgia Voice Editors
CultureTheater
May 28, 2010 0 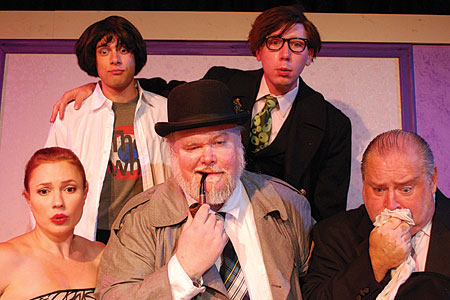 Topher Payne was looking forward to taking a vacation after his recent play “Christina Darling,” but when he learned that auditions for “Loot” were coming up, he knew a vacation could wait. “Loot” opens June 4 at Onstage Atlanta.

Written by gay playwright Joe Orton, “Loot” debuted back in 1965, where it was met with some hostility from those not expecting its satirical tone. The play is a farce about two young men, Hal and Dennis, who are thieves. After robbing a bank next to a funeral parlor, they have to hide the money — and wind up stashing it in the coffin of Hal’s recently deceased mother.

The Georgia Voice Editors
CultureTheater
May 26, 2010 0